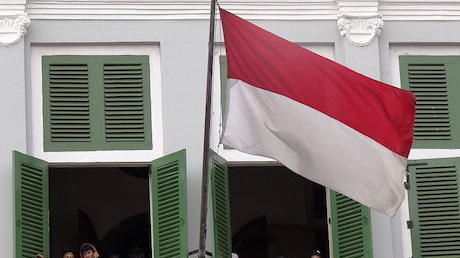 Event Recap: 'What Really Happened at the Indonesian polls' 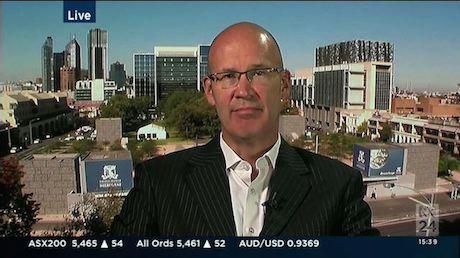 Their faces have dominated national television, building their brands and prospects as future leaders of Indonesia. They have assembled their media empires over many years and now the time has come to enlist them to support their political ambitions.

When the Indonesian media mogul Hary Tanoe joined the new party, Nasdem (National Democratic Party) in August 2011, the move sparked speculation that the political party’s campaign advertisements would dominate Indonesia’s leading TV station, RCTI – one of Tanoe’s many holdings - and that all of his media outlets would be similarly recruited into the service of his political interests.

Tanoe’s decision to take an active role in national politics has prompted wide public discussion, not least because the party he joined was founded by another media tycoon, Surya Paloh.

Paloh is the owner of national morning newspaper Media Indonesia and Metro TV – the nation's first 24-hour news and information TV station. Now also a senior politician, Paloh started his political career in the Golkar Party, with which he was active for many years before deciding to form a mass organization called Nasdem, which later evolved into to the National Democratic Party (Partai Nasdem) in 2011.

The activities of the pair of media moguls and their newborn party received – unsurprisingly –  extensive media coverage. Despite Indonesia’s rampant enthusiasm for social media (its people rank among the world’s busiest tweeters), free-to-air TV is still the most effective medium to reach audiences across the archipelago. Hence the potential influence their TV platforms might have delivered Tanoe and Paloh rankled other potential candidates.

Concerns about the potential misuse of media power were, in this instance, eased when the potentially formidable Tanoe-Paloh Nasdem ticket unravelled with Tanoe's abrupt decision to leave the National Democratic Party last year.

There were unconfirmed suggestions that Paloh and Tanoe were vying for the party leadership, prompting Tanoe to end the moguls' political relationship.

Under the slogan “Clean, Caring and Firm”, Wiranto-Hary Tanoe (or WIN-HT) political ads pitched at the 2014 presidential race have been on air since mid-2013 on MNC networks. Both Wiranto and Tanoe have also featured on TV programs, including the likes of the popular talent show ‘X Factor Indonesia’.

Their campaign team also produced a custom-made quiz show called “The Nationhood Quiz” in which all contestants have to mention “Clean, Caring and Firm” as the keywords before answering various questions on Indonesian history. Those who get the right answers win some cash. (A video of the program can be viewed here.)

Regardless, the early results of the 9 April parliamentary election suggested that the Hanura Party has gained only 5.4 per cent of votes – which would seem to mean the end of their presidential ambitions. Election law requires that political parties or coalitions must have 25 per cent of votes, or 20 per cent of seats in the House of Representatives, to nominate presidential and vice-presidential candidates. Yet WIN-HT political ads are still appearing on RCTI, promising to bring prosperity to people of Indonesia.

Tanoe, still a relatively new player in national politics, seems thrive on the attention. As a Chinese-Indonesian businessman he is portrayed as a nationalistic and patriotic figure who is motivated to address the nation’s problems, build better education and health facilities, and to improve the living standard of farmers and fishermen in rural areas. (A still from the ad is below; the full version, in Indonesian, can be viewed here.)

Tanoe is certainly “testing the water” in the 2014 election, but it appears he’s playing a long game, working up his credentials as a political player over the next five or 10 years.

Paloh, by contrast, has already invested some 40 years in politics through the Golkar Party. His ambition to reach the Presidential Palace has been plain for more than a decade, having unsuccessfully thrown his hat in the ring in 2004 and 2009.

With the National Democratic Party as his new political vehicle, Paloh and his party promotes “Movement for Change”, targeting young and well-educated professionals. As the election neared, he became increasingly confident that his new party could compete with the other established parties. But Nasdem gained only a disappointing 6.9 per cent of votes in April parliamentary election. (A still of the Paloh ad is below, the full version, in Indonesian, can be viewed here.)

Realizing that his presidential ambitions are again thwarted, Paloh swiftly moved to form coalition with the PDI-P, the winning party in the parliamentary election with 18.90 per cent of votes. After reaching a political deal with Jokowi, the presidential candidate of PDI-P, Paloh stated that his support for Jokowi included giving him wide coverage on his media platforms.

The Golkar Party also has strong media affiliations. The party’s chairman and presidential candidate, Aburizal Bakrie, owns TV One, a news and information channel famously known for its talk shows on politics. Since last year, Bakrie’s political advertisements have appeared on TV One regularly.

In addition to Bakrie’s political ads, in which he explains his party’s visions and manifesto, Bakrie also appeared in advertisements with his wife, son and extended family endorsing his presidential candidacy and his credentials as a family man, a dedicated and loving husband and father. (Below, a still from an extended talk show interview with Bakrie on his own news channel. The full video can be viewed here.)

Tanoe, Paloh and Bakrie have become the focus of rising public criticism and discussion of issues such as media objectivity and independence. Andreas Harsono, an expert on Indonesian media, argues that free-to-air TV (FTA TV) is broadcast on public frequencies, and therefore the media owners are violating public interest when they use they use these frequencies to spruik their own interests.

He says that the relatively low vote achieved by Tanoe and Paloh’s parties on 9 April represented a backlash by citizens fed up with media owners using their networks to pursue their own interests.

The chairman of the Indonesian Press Council, Bagir Manan, called for the media owners to respect and uphold the practice of independent journalism, and not to interfere with their reporters practice. Manan said there was no law prohibiting media owners from political involvement. However owners should respect the journalistic principles. Further, he said that “free-to-air terresterial TV (broadcasting) cannot be partisan, they use public domain, public frequency”.

Meanwhile the Indonesian Broadcasting Commission in February 2014 published warnings to Win-HT (Wiranto-Hary Tanoe) after the pair appeared in a popular TV drama on RCTI  TV, accusing them of aiming to send their political message during the show. Indonesian Broadcasting Law prohibits the media owner to use their own TV stations for individual or group interests. (A still of the episode appears at the top of this story; the extended video, in Indonesian, can be viewed here.)

Despite these warnings, the media tycoons have hundreds of strategies to avoid sanctions. As Andreas Harsono states: “They don’t really care about the warnings.” But, he adds,  “what that they don’t realize that people are not so easily fooled in today’s open information era.”

The WIN-HT quiz and political ads, for example, are still appearing on Tanoe’s TV station, RCTI, but they may be doing the campaign more harm than good.  On social media, especially on Twitter, Indonesian citizens are harshly critical of them. Indeed the WIN-HT’s Nationhood Quiz Show made a trending topic as Twitter users protested the quiz as a blatant, scripted money politics.