Tim Lindsey is Malcolm Smith Professor of Asian Law and Director of the Centre for Indonesian Law, Islam and Society at the University of Melbourne. 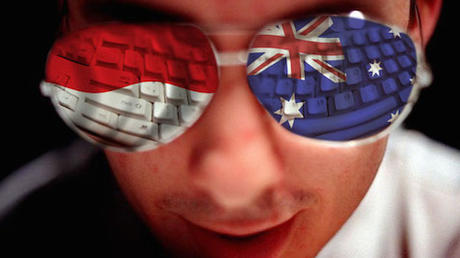 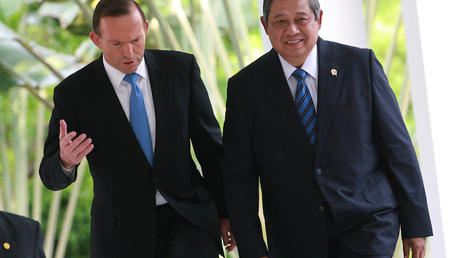 Australian Prime Minister Tony Abbott’s decision not to accept Indonesian president Susilo Bambang Yudhoyono’s invitation to meet at the Open Government Partnership forum – which Yudhoyono is chairing in Bali this week – leaves the bilateral relationship where it has been since November. Stuck.

While the Australian Government claims all is well between Canberra and Jakarta, the reality is different. Under Yudhoyono, Australia enjoyed extraordinary access for years. Now it is on the outer.

The relationship has not been severed but it is officially downgraded. Australia is regularly caned in the Indonesia media in a way that hasn’t happened since the East Timor crisis in 1999. Access to senior politicians is far more difficult and there are plenty of cases of bureaucrats making things hard for Australians.

Close co-operation between police and military in both countries was a feature of the relationship in the post-Soeharto era. It is now, at best, much trickier. At worst, it is on ice.

To a great extent the impasse reflects fundamental contradictions in Coalition policy on Indonesia. “More Jakarta, less Geneva”, Abbott promised before his election, reiterating the fundamental importance of Indonesia to Australia. Every prime minister from Paul Keating onwards has now expressed this view.

Unfortunately, Abbott’s promise has proved irreconcilable with the Coalition’s decision to go it alone on asylum seeker policy. Australia would do whatever it wanted to “stop the boats”, regardless of Indonesian opinion. And Indonesia could take it or leave it.

Indonesia clearly sees people smuggling as a regional problem that needs a multilateral solution. Its repeated warnings against unilateral action have, however, been ignored.

For a long time, Yudhoyono contained Indonesian frustration with Australia on boats. Often described in Canberra as “fundamentally decent” and “our best friend” in southeast Asia, he has been more enthusiastic about Australia than any previous Indonesian leader.

Unfortunately, Abbott’s handling of Edward Snowden’s revelations that Australian intelligence had tapped the phones of Yudhoyono, his wife and inner circle ended that. Yudhoyono is notorious in Indonesia for sensitivity on any issue involving his family.

What should have happened is not rocket science. Yudhoyono would have expected a private call from Abbott in the first 48 hours before any public statements were made in Australia. The call didn’t come in time. The Australian Government decided instead to tell our Parliament and media that Indonesia would again have to take it or leave it. That provoked Jakarta to angrily withdraw its ambassador, formally downgrade the relationship and suspend military, intelligence and people smuggling co-operation.

Poor handling of spying revelations and a unilateral ‘stop the boats’ policy have aroused Indonesian ire.

While Yudhoyono may now be more sanguine about the wiretaps, these decisions cannot be reversed until Australia complies with a “roadmap” set by Jakarta and since agreed by Canberra. This is complex and involves developing new protocols for co-operation – including on intelligence – that the President himself must approve.

US Secretary of State John Kerry visited Jakarta in February to sign bilateral agreements on human rights and the environment. The Snowden leaks seem no longer a major problem for the US relationship with Indonesia. Australia, however, is still negotiating – and just lost another chance to get things back on track.

Onus on Australia to repair ties

On July 9, Indonesia will hold its presidential election. The successor to Yudhoyono (constitutionally prohibited from a third term) will be sworn in on October 20. On current polling, the likely winner will be the popular governor of Jakarta, Joko “Jokowi” Widodo.

Regarded as a competent and principled administrator, Jokowi has a reputation for good governance – unlike his nearest rival, the aggressively nationalist Prabowo Subianto. A cashiered former general and former son-in-law of Soeharto, Prabowo has been denied a US visa because of human rights abuses, including admitted torture of students in the late 1990s.

Jokowi has little experience of foreign policy. His party leader, former president Megawati Sukarnoputri, was not an easy partner for Australia during her time in the palace and will be influential if Jokowi wins. Jokowi’s election would nonetheless offer Australia a chance to reset the bilateral relationship – which will be much harder if Prabowo wins.

Megaphone diplomacy must be avoided, and Australia should take the first step. But if handled sensitively, a reset is do-able. The problem is that any defrosting is unlikely to be sustainable for long if the Coalition remains inflexible on its boats policy.

It is symptomatic of the fundamental contradictions in Australia’s policy on Indonesia that the reason Abbott pulled out of the Bali meeting is, reportedly, because Australian authorities were about to intercept another boat. If so, and if this involves returning asylum seekers in orange lifeboats, that will add to the tensions with Indonesia. Indonesians have repeatedly indicated displeasure with this approach.

Put simply, we cannot have it both ways. So long as Australia’s policy on boats remains unilateral, it will be very difficult to restore the relationship with Indonesia to its former state. Just as things start warming up, something will happen: another boat will appear or the Australian navy will find itself straying into Indonesian waters again.

Regional power on the rise

Indonesia is rising, and knows it. For all its problems, ratings agencies forecast it will be the seventh largest economy in the world by 2030 and fourth by 2050. It has 250 million people and a middle class growing by around nine million every year.

Indonesia has the world’s largest Muslim population and Muslim leaders played a key role in brokering Indonesia’s successful transition to stable multi-party liberal democracy. It is the superpower of the Association of South East Asian Nations (ASEAN) and the strategic key to security in Southeast Asia. How important are we in the region by comparison?

No regional arrangement on asylum seekers can be effective unless Indonesia leads it, but Australia seem to be drifting away from its most important international relationship. Is it sensible for Australia to keep trying to go it alone?

This article was originally published in The Conversation.