Hail the hero: Playing the man in Indonesian politics 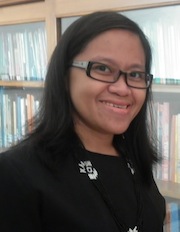 Hani Yulindrasari is a PhD candidate at the School of Social and Political Science, Faculty of Arts, the University of Melbourne. Her research is on masculinity in Indonesian politics.

A significant, strategic part of presidential candidate Prabowo Subianto’s campaign is the unabashed muscular tone of his words and actions.

His aim is to build the public perception of himself as ‘a man’s man’, and to reinforce the view that only such a man is worthy to be the President of Indonesia. In doing so he plugs into Indonesian-style hegemonic masculinity, a combination of ‘Bapakism’ (fatherism), related to the role of the man leading the family; royal-ism, connected to patrician lineage; and priyayi ideology, which prescribes that only men can reach human-god unification or highest spirituality.

Combining these three ideologies a man, as the leader, will wield supreme power over other men, women, and children. A hegemonic leader should correspond with the role of father, royal warrior and the incarnation of god.  The Prabowo campaign script returns repeatedly to these themes.

In much of his rhetoric he portrays himself as the father of the country. This is similar to the tactics used by Suharto during his long authoritarian regime.

The former general enlists his military background to support his credentials as protector and provider. In his version the protector is strong, brave, powerful, with a warrior’s courage and most feared. He is able to defend himself and be physically powerful.

Prabowo is playing to all this in the jargon of his campaign pitch to “save Indonesia”. Such language implies that Indonesia is in danger and has been harmed by foreign countries and corrupted Indonesian elites. He claims that he will save Indonesia with his extraordinary bravery. This quote is from Prabowo’s fiery speech in Medan on 11 June 2014: “Hey you! You who want Indonesia to stay poor! You who steal Indonesian people’s money! I am not scared of you!”

In his campaign appearances he also often employs unambiguous symbols and props to encourage his image as the brave warrior. These include appearing astride a magnificent horse, or with an eagle or wielding a keris (a traditional Javanese weapon). He litters his speeches with references to war.

On 8 June 2014, in his Karanganyar campaign speech, he drew analogies between this presidential election and the Barathayuda war from the Indonesian version of the Mahabarata epic. He casts himself as a Pandawa (the protagonist) and his opponent as Kurawa (the antagonist). Pandawa is the son of Pandu, the king of Hastinapura. There are five Pandawas, each of them is the incarnation of god. It is not clear which one of the five Pandawa he is channeling. As a warrior, each Pandawa has at least one weapon, and Prabowo slips a keris into his waistband to symbolize this.

Bravery and heroism are also written into Prabowo’s body language. He often adopts the posture of a fighter. He claims to fight for Indonesia, to be the “Asian Tiger”, the tiger being the most feared hunter in the jungle.

Characterizing himself as a provider, Prabowo flaunts his wealth in his campaign appearances. Horses worth billions of rupiah, his helicopter and luxurious cars are used to communicate his capacity for largesse. The provider ideology is also reflected in his political promises, such as raising the salaries of workers and gaining more material wealth for Indonesia.

Of course the devotion of a woman is required to complete the picture of the man’s man, and here divorced Prabowo hits a snag. He needs a wife to validate his masculinity. The rumor that he will re-marry Titiek Suharto is widely encouraged.

Prabowo also plays up his and his vice-presidential running mate’s royal lineage. In their official campaign website, his and Hatta Rajasa’s royal heritage is listed as one of the reasons why Indonesian people should vote for them. Prabowo claims that he is a descendant of the Great Mataram Sultan, and the first Hamengkuwono Yogyakarta. Hatta Rajasa has a linkage with three kingdoms in ancient Indonesia – Majapahit, Singasari, and Sunda-Galuh.

Regardless of whether or not this ancestry is true, Prabowo and Hatta work hard to encourage the perception that they were born to rule, that leadership and power run in their blood, is written into their genes.

Spirituality has also become a commodity in Prabowo’s campaign. Even though he originally comes from a non-Muslim family, he approaches and builds a coalition with four Islamic parties: PKS, PAN, PPP, and PBB. He seeks kyai and ulama (Islamic scholars) blessing to justify his spirituality as Islamic enough to be President.

Combined, all these variations of masculine power provide an unambiguous platform supporting Prabowo’s credentials as a leader. But if there is any remaining doubt, then he also employs less than subtle tactics to undermine his rival for power, Joko Widodo (‘Jokowi’).

In Prabowo’s propaganda, Jokowi’s masculinity is unfailingly questioned. Because he was only a cadre who was asked by Megawati Sukarnoputri, the chairperson of his PDI-P party, to run for president, he is portrayed as lacking independence and for being a puppet of a powerful woman.  This banishes him to what Professor Raewyn Connell describes as "subordinated masculinity".  Jokowi challenges the hegemonic masculinity discourse by being the subordinate of a woman, Megawati, and thereby loses his power supremacy over other men.

Jokowi's appearance and physicality are also enlisted to question his masculinity and, therefore, his leadership credentials. He is not physically imposing. He is lithe and smiling. He is depicted as the opposite of Prabowo: weak versus strong; cowardly versus brave; wishy-washy versus firm; the puppet of a woman.

The rhetoric of masculinity’s binary opposition is used explicitly by Ahmad Dhani, a musician and Prabowo’s supporter. He questioned the masculinity of Indonesian men who didn’t cast their vote for Prabowo. Prabowo has become a symbol and norm of hegemonic masculinity. Dhani says: “(If) I have a [physical] fight with Mr. Prabowo I would lose, if I fight with him (Jokowi), I would win. So choose someone who is brave for president, not the coward one!”

Ahmad Dhani also questioned Jokowi’s ability to climb Mount Semeru, which Prabowo could certainly do. (He omitted to mention that in 1983 Jokowi did climb Mount Kerinci, which is higher than Semeru.)

For me, these narrow depictions of masculinity are outdated. In my opinion, Jokowi represents an alternative masculinity.

Instead of portraying a leader someone to be feared, he displays himself as someone very approachable. Rather than highlighting his high economic status and spirituality, he emphasizes inclusivity; he places himself as a common Indonesian who works hard and has a lifestyle most Indonesian people would recognise.

He displays himself proudly as a fellow worker, not a commander of the people. He also leaves his religion and spirituality out of his campaign, only enlarging on his private beliefs when his team and supporters pushed him to counter the massive wave of black campaigns accusing him as a non-Muslim.

He offers masculinity that is not dominating. He redefines strength from physical power to caring power, showed by how he listens to and engages with people, interacting with them in their daily ordinary lives.

He redefines firmness from thunderous and hard voice to firm and unwavering decision, showed by many of his decisions. An example is how he has firmly held his decision appointing Lurah Susan, who was facing a strong rejection from a group of people because of her religion and gender. He redefines masculinity from dominance to inclusiveness.

Hani Yulindrasari is a PhD candidate at the School of Social and Political Science, Faculty of Arts at the University of Melbourne. Her research is about masculinity in Indonesian politics. She is a lecturer on study leave from Universitas Pendidikan Indonesia, Bandung.