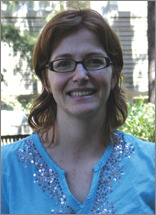 The Indonesian army and civilian vigilantes killed at least half a million people between 1965 and 1968. Hundreds of thousands more were imprisoned without trial for long periods. Some were sent to remote forced labour camps.

The intense propaganda of Suharto’s military regime, which came to power through this violence, compounded the suffering of surviving family members and of prisoners once released. The victims, who were mostly members of the Indonesian Communist Party or affiliated organisations, were portrayed as a nefarious societal menace that had to be eliminated or closely contained.

This narrative was replicated in history textbooks, an official government propaganda film, the Sacred Pancasila Monument in the capital and in annual commemoration of Sacred Pancasila Day. Former political prisoners and descendants of people affiliated with the Communist Party were banned from politics and certain occupations. They were forced to report to authorities on their activities.

Since the fall of the Suharto regime in May 1998, former political prisoners and human rights activists have seized the opportunities presented by a freer press and less official censorship. Although historical justice might encompass multiple strategies, truth-telling is especially significant because of the intense demonisation of this group of people in Indonesian society.

The new narratives about 1965-66 and its aftermath have taken various forms. Many survivors have published biographies and memoirs, focusing strongly on their experiences of imprisonment. Others have published collections of survivor testimonies.

Human rights activists have sought to unpick the New Order’s historical orthodoxy through film and art projects. Increasing numbers of other creative works are exploring this past. Journalists have interviewed survivors and perpetrators of the violence.

These activities have gone some way to diversifying the sources of information available to Indonesians to reassess this past. At the very least, they have helped rehabilitate the names of survivors who were social outcasts.

An uphill struggle for justice

The early post-Suharto era also produced promising signs of more formal justice measures. These included the proposed Truth and Reconciliation Commission in 2004, which the Constitutional Court rejected in 2006. A relaxation in constraints on how the Communist Party should be depicted in school textbooks in 2004 was also later reversed. For survivors and their supporters it was a case of one step forward and two steps back.

In July 2012, hopes were raised again. After a four-year investigation, the National Commission on Human Rights handed down its report. It found that gross human rights violations had taken place.

It was speculated that president Susilo Bambang Yudhoyono might issue an apology before the end of his term this year. Several political and religious groups swiftly came out in opposition, suggesting the apology should instead come from the Communist Party and that the violence was justified.

Djoko Suyanto, the co-ordinating minister for politics, legal and security affairs, was quoted as saying

The commission’s findings should have prompted the attorney-general to launch an investigation and to form an ad hoc human rights tribunal. Instead, he returned the report to the commission for revisions. Over two years later, no investigation or tribunal has been authorised.

The documentary The Act of Killing first screened in Indonesia in August 2012 and was released internationally in November. This triggered more reporting of the 1965 violence, especially from bolder news outlets. The national magazine Tempo dedicated a special edition to 1965-1966.

The film’s Oscar nomination in January 2014 further focused the local and international media spotlight on this issue. The response from the presidential spokesman on international relations, Teuku Faizasyah, was revealing. Quoted in Kompas, he criticised the film for representing Indonesia as “cruel and unlawful”.

Faizasyah employed an argument of historical relativism in saying that:

… many countries in the world have a dark past in their history, so don’t just judge one country.

Hinting at international complicity, he added:

It must be remembered that what happened in Indonesia is related to the Cold War and the war against communism.

In the absence of a strong lobby group within the government or society more broadly, some activists and survivors see international pressure as the greatest hope of achieving formal justice. London-based human rights organisation TAPOL, led by former political prisoner Carmel Budiardjo, launched a petition last year calling on Indonesia’s president to acknowledge the truth of the atrocities of 1965-68 and apologise. There are plans for a People’s Tribunal to be held in the Netherlands in 2015.

Inside Indonesia alternative histories of this period in the form of testimony, academic research and creative works continue to gather momentum.

Until now, very few of these accounts have been available in English. Indeed, international audiences' reactions to The Act of Killing made clear the alarming lack of knowledge of this history outside Indonesia. The killings are also rarely included in comparative works on mass violence or genocide.

To increase understanding of this period, the Herb Feith Foundation is supporting the translation of survivors' and perpetrators' testimonies into English. In the collection Breaking the Silence, one survivor, Rahim Marhab, explains how justice through truth-telling can mean different things and operate on different levels:

Personally, I hope that the government can give proper compensation and rehabilitate the good names of those who were victims. My final hope is that there will never again be a tragedy like this in this land that I love, Indonesia.

The hope of new leadership

The government remains largely unmoved. As Indonesia conducts parliamentary and presidential elections, human rights and, in particular, the 1965-66 mass killings look unlikely to be a prominent issue.

The selection of Joko Widodo as presidential candidate of the Indonesian Democratic Party of Struggle (PDI-P) offers some grounds for optimism. In a recent poll that asked activists, academics and community leaders to nominate the presidential or vice-presidential candidate most committed to human rights, Jokowi, as he is known, was ranked highest with 39%. His most likely rival, Prabowo Subianto, garnered just 0.5% of the vote.

Only time can tell if Indonesia’s new group of leaders will deal with this past any differently. The survivors and their supporters understand that theirs is a long struggle, which may or may not end with an apology or legal recourse. The editor of Breaking the Silence, former political prisoner Putu Oka Sukanta, says of the testimonies:

Our hope is that their voices will help push the government and all parties involved to become wiser, more humane and fair in treating the survivors as fellow human beings.

Jemma Purdey does not work for, consult to, own shares in or receive funding from any company or organisation that would benefit from this article, and has no relevant affiliations.

This article was originally published on The Conversation. Read the original article.