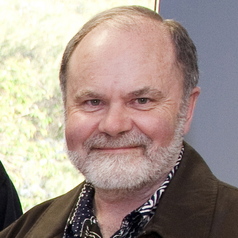 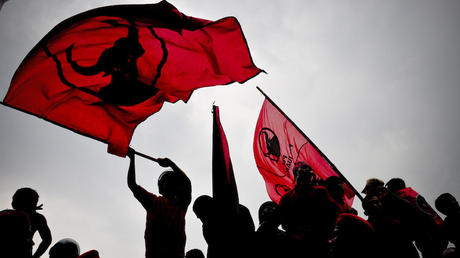 Race to the Palace turns into the home straight 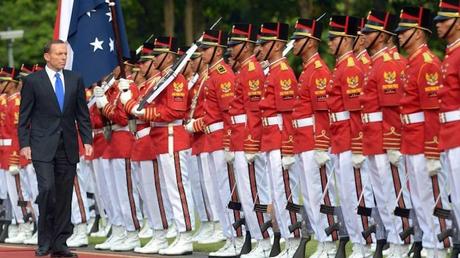 In looking at the foreign policies articulated by rivals for the presidency, Joko “Jokowi” Widodo and Prabowo Subianto, I will draw on two primary sources from the candidates: the “Vision and Mission Statements” (Visi dan Misi) which each submitted to the KPU (General Elections Commission) in May, and the third televised presidential debate on 22 June 2014.

Of the two candidates, Prabowo is generally held to have the greater international experience. Between 1958 and 1968, his father being in political exile from Indonesia, he lived in various places including Singapore but longest in Europe.[1] As a young army officer, he trained at Fort Benning in the US. And following his dismissal from the military he spent several more years overseas, mostly in Jordan. He speaks excellent English.

By comparison, Jokowi is often painted as the candidate with almost no international exposure.[2] This is not entirely correct. As a furniture exporter, Jokowi travelled frequently to Singapore from 1991 onwards to exhibit his products.[3] He also had considerable experience in dealing with foreign companies seeking to import his furniture. As Jakarta Governor, he hosted an ASEAN meeting of capital city mayors and governors.[4] And he sent all three of his children to Singapore for schooling. [5]

Yet these backgrounds are not reflected in their approaches to foreign policy.

Jokowi’s statement to the KPU includes extensive consideration of foreign and security policy.[6]

The over-arching objective he would follow in foreign policy, Jokowi said, was to strengthen the authority of Indonesian foreign policy and re-position Indonesia on global issues.

Emphasis was to be placed on maritime issues, on Indonesia’s geo-strategic position as an archipelagic state, at a major chokepoint of world commerce between the Indian and Pacific Oceans.[7] He foresaw greater regional maritime cooperation, especially through the Indian Ocean Rim Association.

The striking thing about Prabowo’s statement is how little is said about foreign policy.

The centrality of ASEAN in Indonesian foreign policy, though, was to be retained.

Stress was also laid on Indonesia’s international role as a democratic country with a moderate Muslim majority.

At the same time, Indonesia would increase its global role as a middle power working in particular through multilateral institutions including the UN, OIC and G20 and for reform of the World Bank and the IMF.

And in terms of national security, Jokowi called for an increase in Indonesia’s defence budget to 1.5% of GDP within five years.[8]

This is an outward-looking set of proposals. It is multilateralist; it recognises Indonesia’s special characteristics as a maritime nation, and its geostrategic location. It does not exaggerate Indonesia’s regional and global influence, nor does it play it down either. But it says nothing about major bilateral relations, such as with China, Japan and the United States. Nor does it make much of an effort to link international and domestic affairs.

The striking thing about Prabowo’s statement is how little is said about foreign policy.

For the candidate reputed to be most experienced in international affairs, Prabowo’s statement provides thin pickings.[9] There is no clear set of ideas or principles governing foreign relations set out here, nor anything substantial on security policy. The bulk of the statement is about domestic affairs, most of the internationally-related material being an extension of the discussion of domestic matters, especially the economy. But even here the discussion of foreign presence in the economy was relatively muted. Perhaps the most assertive element was Prabowo’s commitment to:

... continue the re-negotiation of mining and oil and gas contract which are not sufficiently fair and in the case of contracts which have expired to give priority to national businesses, in combination with agencies under the authority of the central government. [10]

Now to the third presidential debate on 22 June 2014, focussing on international relations and national security.

Jokowi noted four foreign policy priorities: protection of Indonesian workers abroad; protection of national maritime resources and trade; development of Indonesia’s international competitiveness; and regional and global security. The stress on maritime issues, reflecting his Visi Misi statement, might have been relatively new, but these are generally well-trodden paths.

He also talked about soft diplomacy, identifying cultural diplomacy, educational and trade diplomacy as being areas that needed much greater attention in the future.

Prabowo’s scope was again more limited: largely a repetition of his theme that Indonesia will only be respected internationally, and only be able to influence others, if it is strong domestically. Domestic economic policy is thus crucial to foreign policy.

In the question-and-answer section of the debate, Jokowi was surprisingly weak on ASEAN. Prabowo asked him what he would do about the issue which has most worried ASEAN recently: the territorial disputes with China in the South China Sea. Jokowi responded that this was a dispute which did not directly involve Indonesia: it was a problem for “other countries”. If Indonesia was dragged in to it, there was a danger that it would harm its relations with China.[11]

Prabowo’s position was much stronger. He said Indonesia was directly involved because part of its sovereign territory was claimed by another country, a clear reference to seas around the Natuna islands.[12] He stressed, moreover, Indonesia’s commitment to ASEAN on the issue, arguing that as the biggest member of ASEAN, it should defend its “four ASEAN friends” who were embroiled in the territorial disputes.[13]

Australia was raised as an issue by Jokowi, who asked Prabowo what was wrong with the Indonesia-Australia relationship, what made it rise and fall so readily. Nothing really, was the response, except perhaps that Australians had a suspicion, possibly even a phobia, about Indonesia. In this, of course he was correct. His solution? To show Australia that Indonesia wanted to be a good neighbour. But also to show Australians that Indonesia not weak – countering the impression which might otherwise have been given.

Jokowi agreed that there were no major problems in the relationship that an improvement in trust would not fix – Australia’s trust of Indonesia, of course. Here his response was a bit more imaginative than Prabowo’s. The absence of trust could be overcome through his three-pronged G2G, B2B and P2P diplomacy.[14] Further, he argued for the importance of cultural and educational diplomacy. But underlying it all was the assertion that Australia had to be careful not to belittle Indonesia, or underplay its significance.

The debate was interesting for what was not covered. There was nothing on Indonesia’s relations with the United States or Japan, and the barest of mentions of China – and just in the South China Sea context. There was one brief mention by Jokowi of Palestine, in which he pledged support for Palestinian independence and full membership of the UN, but apart from that nothing on the Middle East. And not a mention of the G20.

What would be implications of a win by either candidate?

It is likely that Kemlu (Indonesia’s Ministry of Foreign Affairs) would prefer Jokowi as President. He would be less likely to try to impose his will on the Ministry, and would be likely to continue the practice of appointing a Kemlu diplomat as Minister,[15] pleasing the men at the Ministry with their predilection for one of their own in the post.

More than that, though, many in Kemlu – people who supported the Hassan Wirajuda reforms – are sympathetic to the values Jokowi presents, seeing them as being congruent with Kemlu’s position of promoting democratisation as a key element in Indonesian foreign policy, and promoting the country as an example of how Islam and democracy are compatible.

Kemlu would find a President Prabowo more difficult to deal with. He would be more likely to want to intervene directly in the work of the Ministry. And clearly his reputation would make it difficult for Kemlu to continue to pursue the democratisation agenda, the more so if some of the more radical Islamist elements in his coalition were to exert real power.

In ASEAN, political sympathies would be more likely to favour Prabowo. For one thing, he would be unlikely to continue the democratisation theme in foreign policy, to the quiet relief of at least some ASEAN members who have grown a little tired of this line, and its implied criticism of their own political systems. Prabowo’s strong leadership style would be likely to win him support too.

Jokowi did reaffirm the centrality of ASEAN in Indonesian foreign policy was weak on protecting ASEAN unity in the South China Sea conflict. Prabowo was much stronger on this.

China would presumably on principle be more comfortable with a President displaying Prabowo’s leadership style. But a President Prabowo would present China with considerable problems. There is his position on the South China Sea, already noted. And his role in the rapes and murders of ethnic Chinese Indonesians in Jakarta in 1998 remains a major problem for Beijing.

Jokowi’s position on the South China Sea would be more acceptable to China, but his strong position on maritime matters generally in the region would sound warning bells.

Either way, China is likely to find more problems in dealing with Indonesia under its next President than its current one. Australia too, I suspect, would find either candidate more difficult to work with than SBY

Neither President would be able to give free rein to his ideas in office. Indonesian presidents do not today enjoy the freedom to determine national policy unilaterally in the way that Suharto did, on occasions at least. The Parliament, Kemlu, the media and civil society organisations all have an influence in these matters. This will be all the more the case if, as seems likely, the winning margin is very narrow.

[1]           Prabowo reflected nostalgically about his attendance at primary school in Singapore in his lecture “Indonesia Facing the Future. Challenges for the Next 20 Years:, RSIS, Sigapore, 16 August 2012, p 11

[7]           In the Presidential debate Jokowi referred to Indonesia’s position as a “world maritime axis [or pivot]” (poros maritime dunai) linking the Indian and Pacific Oceans.

[8]           This would required a significant injection of funds, given that the current level of expenditure is about 0.9% of GDP, the lowest in ASEAN. (See SIPRI Military Expenditure Database at http://milexdata.sipri.org/files/?file=SIPRI+military+expenditure+database+1988-2013.xlsx, accessed 26 June 2014) In the subsequent presidential debate, Jokowi added a significant rider: that this increase would only be achievable if Indonesia recorded economic growth of at least 7% annually. Given that Indonesia is currently recording rather less than 6% annually, this condition seems unlikely to be met.

[12]          Here he was echoing the position which had been put forcefully earlier in the year by TNI commander General Moeldoko, who had argued that the TNI currently saw greater potential for conflict in the Natuna Islands than in the Ambalat region off the coast of North Kalimantan. See Novi Abdi, “TNI lebih waspadai Natuna ketimbang Ambalat”, Antaranews.com, 16 May 2014 at http://www.antaranews.com/berita/434472/tni-lebih-waspadai-natuna-ketimbang-ambalat, accessed 26 June 2014

[13]          For a discussion of the differences between some of the TNI leadership and Kemlu on this issue, see Greta Nabbs-Keller, “Is Indonesia Shifting its South China Sea Policy?”, Lowy Interpreter, 16 April 2014 at http://www.lowyinterpreter.org/author/Greta-Nabbs-Keller.aspx?COLLCC=726370441&, accessed 28 May 2014

[15]          Amongst the names suggested are Abdurrahman Mohammad Fachir, Yuri Octavian Thamrin, Arif Havas Oegroseno and Dian Triansyah Djani. His foreign policy advisor, Rizal Sukma, is also a chance for the position, though very much an outside one.