For the first time, we will be living in a society where generations will be approximately the same size. This has huge implications for workplaces and health and aged care.

A Coalition government has promised to:

The plan includes ways to:

Currently, neither the Coalition nor Labor have a comprehensive plan for dealing with ageing. What we need:

This reduces numbers of pensions claimants and increases tax income.

Research suggests that involuntary early labour market exit and under-participation by older Australians is common. Often this is involuntary due to the nature of work that is available, age discrimination and an increase in casual or short-term employment in the labour market.

We need to make workplaces more flexible to include carers' leave for older people rather than simply concentrating on parental leave and care for children.

We also need to redesign workplaces to attract and retain skilled older workers.

Poverty among older people is a serious issue, and many who don’t own their own homes are caught in a damaging cycle where they can hardly afford a rental property and have run out of time to save for a mortgage.

This problem will get worse in the future as fewer people can afford to own their own homes and will have problems funding their retirement, especially if the Government expects to use Housing assets to fund aged care.

We need more social housing and different housing models such as housing associations that are suited to the needs of older communities.

The development of preventative health and self-care needs serious investment which would, in the longer term, reduce health care costs.

We also need to move to community-based care so people can stay in their own communities for as long as possible. This is what most people want and is far cheaper than residential care.

Money for dementia research is welcome, but it should be directed at ways to live with dementia most effectively, rather than searching for a single magical cure from medical research. Dementia is the single greatest cause of disability in Australians aged 65 years or older and the fourth leading cause of disability overall.  We need to develop new and creative ways of living with dementia.

The most recent National Aged Care Workforce Census and Survey Report (2012) found that more than 240,000 workers are employed in direct care roles in the aged care sector, of which 147,000 work in residential facilities.

The Productivity Commission has estimated that the aged care workforce needs to more than quadruple by 2050 to meet future aged care needs. In the area of dementia care alone, Australia faces a shortage of more than 150,000 paid and unpaid carers by 2029.

The World Economic Forum has identified low numbers  of trained professionals as a key problem. The issue is not just one of quantity, but of quality. We need better trained workers to deal with the complex needs of older people.

We need to improve urban design of our homes, buildings, parks and open spaces to make them friendly for all ages. This will help prevent chronic diseases in the future, such as obesity and diabetes. It will also reduce social isolation, a major cause of depression in old age, increase social engagement and exchange between generations. 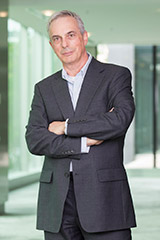