ONCE AGAIN, we see the issue of climate change featuring prominently at election time. In 2007, Kevin Rudd came to power on a platform promising to tackle climate change as the ‘great moral challenge of our generation’. One of his first acts as Prime Minister was to ratify the Kyoto Protocol, committing Australia to international climate change obligations.

At the 2010 election, following the shelving of Mr Rudd’s carbon price policy, the Carbon Pollution Reduction Scheme (CPRS), Labor promised to convene a ‘Citizens' Assembly’ to determine Australia’s response to climate change, while the Coalition introduced its Direct Action Plan. The hung Parliament meant that as part of an agreement with the Greens, the Labor minority government under Julia Gillard committed to developing a new carbon pricing policy.

Here we are in 2013, with the Carbon Pricing Mechanism just over one year old. The Coalition has vowed to ‘scrap the carbon tax’ and the ALP has already released draft legislation to bring forward by 12 months the emissions trading phase of the mechanism, much to the chagrin of the Greens.

But climate change policy extends to areas beyond mechanisms to cut greenhouse gas emissions. It includes issues such as support for renewable energy power stations, fossil fuel production, transport and energy efficiency. An important but often overlooked area is adaptation policy to deal with the unavoidable impacts of climate change. Focusing internationally, another aspect to consider is the parties’ commitment to the development of a global solution to climate change.

This comparator looks at what the parties stand for on the following areas:

By how much have the major parties committed to reducing emissions?


The ALP is committed to cutting emissions by at least 5% below 2000 levels by 2020, but will consider increasing that to 15% or 25% depending on the level of action around the world. Up until recently, the Coalition shared this commitment.

In the final week of the election campaign, Mr Abbott announced that the Coalition would abandon its commitment to cutting Australia's emissions by the minimum 5% target, if the cost of meeting that target would exceed the amount of funding it has budgeted for in its Direct Action Plan for climate change (more below).

The Coalition is proposing to abolish the independent, expert Climate Change Authority, which advises the government on the targets and yearly cap under the carbon price emissions trading scheme.

The Greens have long considered 5% to be too low.

The ALP and Greens are committed to carbon pricing to cut Australia’s emissions, while the Coalition will ‘abolish the tax’ and introduce a voluntary scheme as part of its Direct Action Plan.

Rather than introducing tailored regulation for different sectors, carbon pricing leaves it up to the individual polluters to work out the best way to cut their emissions.

The Greens do not support the ALP’s plan, if re-elected, to bring forward the emissions trading phase of the scheme by one year to 1 July 2014. When Australia moves to an emissions trading scheme (ETS) it will be linked to the European Union ETS. Because the price of carbon is so low in the EU, the sooner Australia moves to an ETS, the lower our carbon price will be and the weaker the incentive emitters will have to reduce their emissions.

The Coalition’s Direct Action Plan is premised on the idea that ‘rewarding innovation and initiative’, rather than penalising polluters is a more effective way to reduce emissions.

The Plan was first articulated in 2010. The Shadow Minister for Climate Action, Greg Hunt, has provided further details in speeches at the Australian National University and the University of Melbourne.

The centerpiece of the Direct Action Plan is a voluntary, competitive scheme that offers a cash reward to entities that undertake projects to reduce their emissions.

These are the ways Australia has currently committed to supporting renewable energy in the short term:

All parties support keeping the RET.

Up until recently the Coalition has been unclear about whether it is committed to the 41 000 GWh quota, or whether it would seek to change the legislation to be 20%.

The Coalition wants the RET to be reviewed again in 2014, even though a review was completed in December 2012. The possibility that it will be changed has created uncertainty for investors.

The ALP agrees with the recommendation of the expert Climate Change Authority that the next review should be in 2016.

Only the Greens have a policy on expanding the RET. They want to increase the Renewable Energy Target to 90% by 2030.

The ALP wants to retain the CEFC.

The Coalition wants to scrap the CEFC and has issued the body with a warning saying that it will not honour any contracts it enters into.

The Greens want to triple the CEFC’s funding and have it run for ten years.

The Greens and ALP support current levels of funding for ARENA.

The Coalition has announced that it will cut funding from ARENA"

Only the Greens have a policy to deal with some of the challenges involved in getting more renewable energy generators connected to the grid. Our grid was built to support centralised, coal-fired generation and often does not extend to the places where it would be best to build wind or solar farms.

Currently, planning about where to build new power lines is done on a state-by-state basis. The Greens believe that the Australian Energy Market Operator (AEMO) should have a national grid planning role to ensure the grid can optimally accommodate more renewable energy.

Australia is the world’s largest exporter of coal and is a leading exporter of gas. Government policies and regulations affect the growth of the fossil fuel industry.

The Coalition wants to reform national environmental protection assessment and approvals processes to reduce the complexity, cost and uncertainty for proponents of major projects, like coal mines and power stations.

The Labor government announced that it would not hand over approval power to the states, even though it had been considering doing so 2012.

The Greens want to amend Australia's national environment protection law, the Environment Protection and Biodiversity Conservation Act 1999 (EPBC Act), to ensure that federal approval processes cannot be devolved to the states. Neither Labor nor Coalition members of a Senate committee examining the Greens' amending Bill supported it.

The Greens want a moratorium on the development or expansion of coal mines and coal ports along the Great Barrier Reef.

The Coalition does not support the 'water trigger'.

The Greens claim to have worked with the Independents to force the Labor government to introduce the water trigger.

The Greens want a moratorium on all new coal-seam gas, shale and other unconventional gas projects.

The Labor government has said it would fix up the Fringe Benefits Tax loophole which encourages businesses to buy cars that their employees can use for non-business purposes.

No policy found in relation to mining industry subsidies.

The Greens are proposing to abolish some subsidies to the mining industry (the diesel fuel rebate and the accelerated depreciation on fossil fuel exploration and assets). They claim that over the next four years these subsidies would cost the government $14 billion.

The Greens’ also want Australia’s Future Fund to divest its $2.5billion worth of fossil fuel assets.

Both the ALP and Greens have publicly endorsed working within the negotiating process set up by the United Nations Framework Convention on Climate Change (UNFCCC).

During the last term, the Labor government:

•    accepted international obligations to cut emissions by the end of 2020 under a second Kyoto Protocol commitment period, and

•    committed to work with other countries to develop a new international agreement by 2015, to enter into force by 2020

Outside of the UNFCCC process, the Labor government has begun to build links with emissions trading schemes in other countries (European Union and New Zealand) to expand carbon market opportunities.

The Coalition has repeatedly stated that while negotiations under the UNFCCC are important, they have become ineffective.

•    Firstly, that Australia should work in the G20 to get agreement between the four biggest emitters – the United States, China, India and the European Union (G4) – as a ‘base for a future global agreement’.

•    Secondly, Australia should work towards developing sectoral agreements, for the adoption of a common approach to reducing emissions in sectors like the steel industry, cement industry and smelting sector.

•    Thirdly, the Coalition proposes a Global Rainforest Recovery Agreement to slow rainforest destruction, to be developed through the G4.

A version of this article was also published by The Conversation 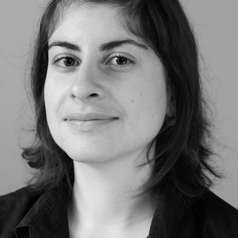