THERE ARE three main aspects of the parties' positions to consider. First, what is the general approach to defence; second, equipment for the Australian Defence Force (ADF); and third, support for Defence personnel.

In addition there are important general considerations about such matters as the level of defence spending, the place of defence in Australia’s overall international strategy, and the organisation of the Defence portfolio to achieve the objectives set for it.

The general approach of the Labor Party and the Coalition to defence is similar. Having been in government, the Defence White Paper 2013 gives a good guide to the Labor approach, although the 2011 ALP National Platform is also relevant.

Defence is interpreted in the Platform as encompassing the protection of ‘the nation’s territorial integrity and the security of its people’ ( chapter 11, paragraph 13). Defence policy comes down to determining how the ADF is structured and prepared to uphold national security. From this perspective, there is a strong emphasis on engagement with the Asian region, supported on defence matters by involvement in the US alliance. The 2013 White Paper focused on defence policy in relation to maintaining a ‘secure Australia’ and a ‘secure South Pacific and Timor-Leste’. Beyond that Australia would also contribute to a ‘stable Indo-Pacific’ and a ‘stable, rules-based global order’. Australian military forces would withdraw from Afghanistan in 2014, but there would be continued support for the Afghan security forces beyond that time.

The Coalition, in its document entitled ‘Our Plan: Real Solutions for all Australians’, refers to defence in section 20 out of 21 listed sections; this section is headed ‘Delivering stronger borders and a more secure nation’. While promising ‘a world-class defence force’, the document also promises ‘a stronger focus on our region’ and continued support for ‘our close alliance with the US’; this latter point extends to enhancing US access to bases in Australia.

In the case of the Greens, defence issues are covered in their policies on ‘Peace and Security’. Their approach encompasses newer understandings of security, such as human security: ‘Genuine security rests on cooperation, fair economic and social development, environmental sustainability, and respect for human rights, rather than on military capabilities.’ While the Greens support an ADF ‘adequate to Australia’s defence and peacekeeping needs’, these needs are not spelt out. The US alliance as such is not mentioned, although there is support for a ‘renegotiated defence relationship with our allies’; foreign bases in Australia should be closed and foreign troops withdrawn. Non-violent conflict management is seen as ‘the most effective means of promoting peace and security’. Asian engagement as such is not emphasised, but the approach to United Nations involvement in peace and security issues is generally positive.

Within the context of the broader approach to defence, both the ALP and the Coalition give some attention to the equipment needs of the ADF.

The 2013 Defence White Paper supported purchase of 12 Growler electronic attack aircraft to complement the existing 24 (one squadron); such fighter aircraft would then total 36. The development of the F-35A Joint Striker Fighter will continue to be supported, with three squadrons due to replace the Hornets by about 2020. Labor supports the development of 12 new ‘evolved Collins class’ submarines suitable for Australia’s needs. For surveillance needs, Labor supports the purchase of P-8A Poseidon aircraft, with unmanned aircraft also assisting with this task.

The Coalition's 'Real Solutions' document refers to the purchase of ‘a number of new state-of-the-art unmanned aircraft’; it also says it will act to ‘ensure that Australia does not have a submarine capability gap’.

A question to both the ALP and the Coalition could be whether there is sufficient emphasis on how the equipment purchases are going to facilitate the achievement of the stated strategic objectives.

The statement by the Greens does not go into detail about what needs to be done to ensure that Australia has an ADF ‘adequate to Australia’s defence and peacekeeping needs’. Peacekeeping is emphasised in a way that is not the case with the defence platforms of the Coalition and Labor.

With Australia’s expenditure on defence standing at 1.63% of Gross Domestic Product in 2012 (International Institute for Strategic Studies, The Military Balance 2013) both the ALP and the Coalition support returning this figure to 2%. By way of comparison US spending in 2012 was 4.12% of GDP, and in the UK it was 2.63%; for New Zealand in the same year the figure was 1.39%, for Canada it was 1.04%.

Apart from the question of the desirable level of spending, there are big questions about the place of defence in the government’s overall international strategy, and how the Department of Defence is organised, not just to achieve the objectives set for the ADF but to work with other relevant departments and agencies to enhance Australia’s security, whether broadly or narrowly conceived.

Can any government get on top of this task? While the ALP and the Coalition have differences of emphasis in their approach, it is the Greens who provide the main political and moral critique. However, the Greens need to flesh out their policies further; while the Greens will no doubt not form a government, the party could still have political influence. Their approach suggests parallels with many aspects of the defence policy that has been developed by New Zealand. 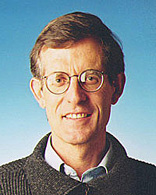