There has been much political interest in northern Australia in this election campaign. Both the Australian Labor Party and the Coalition have put forward major plans for investment and development across the country located north of the tropic of Capricorn.

Both parties agree that northern Australia will be a place of economic significance due to its proximity to Asia.

The push to develop northern Australia has enjoyed influential support from various sectors. A major push has come from the conservative think-tank, Institute of Public Affairs (IPA) and their affiliate, ‘Australians for Northern Development & Economic Vision’, which features mining magnate Gina Rinehart as one of its strongest and most prominent supporters. Their call is for extensive investment and development across the north, including the building of dams, intensification of agriculture, the creation of a Northern Special Economic Zone with lower taxes and a reduced regulatory environment.

Both parties have responded to such calls.

The Coalition have promised a white paper on developing northern Australia, which encompasses the possibility of doubling Australia’s food production through intensification of agricultural development. More recently, the current Labor government pledged the creation of a special economic zone for the Northern Territory and further provision of $10 million to further expand the Ord River Irrigation Scheme along with twenty-year growth plans for the regional hubs of Darwin, Cairns, Townsville and Mackay.

Issues that have hindered agricultural development

The majority of farming across northern Australia consists of extensive rangeland cattle grazing. Remote stations tend to Australia’s largest population of beef cattle, much of which are exported to international markets or transported to distant abattoirs near major urban centers for slaughter. The cattle are sparsely spread across very large tracts of land requiring little labour. This is very different to agricultural areas throughout southern Australia, where farming practices are more intensive, more diverse and feature greater levels of infrastructure development servicing them.

The reasons behind this difference can be found in many of the historical studies of agricultural development in Australia. One such study was by agricultural economist, Bruce Davidson, who in the 1980s authored ‘European Farming in Australia: an economic history of Australian farming’. Davidson, who was based at the University of Sydney’s Department of Agricultural Economics, argued that Australia’s agricultural land could only be utilized profitably by industries if it followed the following four conditions:

The Australian wheat industry provides one example. It has a large and significant export market, it produces a commodity that can be transported long distances, it has access to markets through accessible ports and established transport infrastructure, it requires very little labour when compared to other sectors and it has utilized large areas of suitable land that are comparatively inexpensive for intensive dryland cropping.

Australian vegetable crops have also largely followed these conditions. Although vegetable commodities require more labour and inputs than wheat, they are of relatively high value to cover the labour costs and much of the areas of cropping are located within close proximity of major urban centers and around a network of established infrastructure.

For example, Queensland’s Lockyer Valley, which contains a significant proportion of Australia’s vegetable crop capacity, is located within 100 kilometers of Brisbane and is surrounding by an extensive transport network. Commodities can be easily transported to Brisbane and other areas along the east coast of Australia. The commodities produced in the valley are of a high value to justify the costs of transport.

Across northern Australia, this type intensive farming and cropping does not align with Davidson’s four conditions. We can see this with the Ord River Irrigation Scheme in the eastern Kimberley. First, the scheme is remote from markets for which many of the crops are grown. Second, its crops require higher labour input due to the intensiveness of the type of agriculture it uses. Third, many of the commodities produced cannot be transported to distant markets without additional cost to prevent deterioration. Fourth, agricultural regions that are in closer proximity to markets can meet market demand.

However, both major political parties seek to expand the Ord River Irrigation Scheme from its initial 15,000 hectares of area to nearly 100,000 hectares. The intent is to take advantage of the scheme’s geographic proximity to the growing Asian markets. While this would satisfy one of Davidson’s conditions, the overall area of land irrigated in the Ord is comparatively small and remote from other areas of intensive cropping. For example, the area irrigated in the New South Wales and northern Victorian areas of the Murray Darling Basin was nearly 1.2 million hectares in 2011-12. The higher volume of output from these concentrated areas justifies the costs of transport to markets and the infrastructure to service this transport.

For agriculture to succeed across northern Australia, it must present a competitive advantage over agricultural commodities produced in the south. As suitable cropping land is widely dispersed across northern Australia, crops must be of high value to justify the costs of establishment on small areas of land and transporting the commodities to distant markets. The successful commodities will be those that cannot be grown elsewhere at a lower cost.

A successful and diverse northern agricultural economy will be one that takes advantage of the unique conditions of its environment and people. In some cases, it may be an alternative market that the north services. For example, people from Indigenous communities are using their traditional ecological knowledge to protect standing carbon in native vegetation through the use of traditional burns. In a carbon market, such practices are valued as avoided greenhouse gas emissions that would otherwise occur from more intense uncontrolled fires consuming greater quantities of vegetation. Such avoided emissions can be traded on the international carbon market.

Much of the drive to develop northern Australia is coming from southern Australia. To use the Coalition’s words, it is seen by many as the ‘next frontier’ - a term loaded with colonial aspirations. Such a view of the north ignores the tens of thousands of years of human settlement by the first Australians, the very people who know the land intimately.

If development is to proceed across northern Australia, it must be development that is suitable to the environment and aligns with the aspirations and needs of the communities that live there. Imposing southern forms of land management and economies will present a high risk of failure. If we do so, then we are destined to repeat what Davidson would call another ‘northern myth’. 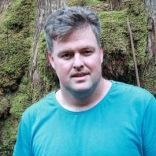