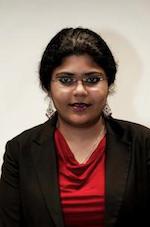 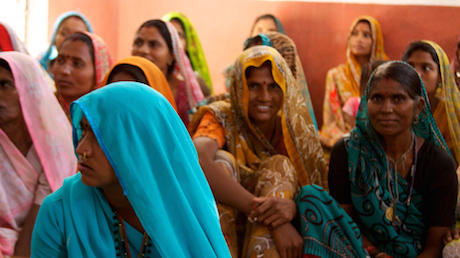 Like the missing girls in India’s population, the gender question has been mysteriously, disturbingly absent in India’s election debates.

We have asked tough questions about caste and communal affiliations; foreign and domestic policies; the proposed economic and developmental models adopted by political parties to fight corruption and inequality; India’s regional and global aspirations among others.

What we have been less outraged about is the gender discourse within political parties; the gendered language of politicians; the absence of any women-centric policies to address gender-based violence; the missing women voters; and the appalling treatment of women contesting elections and choosing to enter into the political fray, irrespective of their ideological leanings.

Like India’s social life, its political life is fraught with gender problems, and violence against women and minorities.

If absence of women voters is going to affect the outcome of these elections, the presence of political women is going to alter equations, especially in the event of no major existing coalition (National Democratic Alliance/United Progressive Alliance) winning a majority.

While all political pundits have predicted a win for Narendra Modi and the NDA, it is widely known that powerful women politicians – J. Jayalalitha, Mamata Banerjee and Mayawati, addressed in conventional gender roles as amma (mother), didi (elder sister) and behenji (sister) – hold the key to the formation of the next government. They have been far more astute than otherwise given credit for.

But given the widespread social and political climate of structural violence against women; disenfranchisement of young women voters; underrepresentation of women in all political parties and overall marginalisation of women’s voices; and the devaluation of their political labour, it is worthwhile to reflect on the glaring gender problems in these elections.

In mainstream stories about the elections, politicians are seen as wooing certain religious and caste communities, but women voters are usually not considered a ‘vote bank’ or constituency.

A recent election commission report that points to the missing women voters highlights the enormity of the gender problem in India and the neglect of women. The report suggests that 41 per cent of 18-19 year-old first time registered voters are women, 96 lakh (9.6 million) women against 1.4 crore (14 million) new male voters.

A large number of women politicians hail from big political families, while the rest of them are from the entertainment industry.

Haryana, Maharashtra, Punjab, Chandigarh and Gujarat have the most skewed electoral sex ratios. This has escaped the interest of any of the political parties (who are otherwise known to distort citizenship norms to put more people from their ‘vote bank’ on the electoral lists). Activist groups – otherwise attentive to democratic values in India – have also failed to demand answers on this.

In Gujarat, extra effort is being made by election commission officials in Amreli (a parliamentary constituency next to the famous Gir sanctuary) to ensure that women voters turn out in larger numbers than they did in 2009. The district administration has been running door-to-door campaigns trying to convince women to vote. The situation is exacerbated by a poor sex ratio more generally and lack of education and awareness among women.

I can easily think of several other Amrelis in Jharkhand, Orissa, Bihar, UP and other states where women are systematically disenfranchised. Ironically, the Election Commission of India has also pointed out that in state assembly elections held since 2010, women voters outnumbered men in 16 of 20 such polls.

In the huge states of Uttar Pradesh and Bihar – which together represent 120 Lok Sabha seats (out of a total of 545) – females now comprise a majority of the voting populace and yet no political party is interested in talking to women or fielding women candidates beyond the wives and daughters of powerful politicians.

What stands out in these elections is the fact that there are fewer women candidates fielded by political parties. It is worthwhile to note that despite the high profiles of a handful of powerful women in Indian political history, women in the Indian Parliament are in reality far more underrepresented than women in Afghanistan, Bangladesh and Pakistan, a fact that does not seem to worry those who never tire of demonstrating the virtues of the “world’s largest and inclusive democracy”.

Most of the women candidates from mainstream political parties do not represent the vast majority of Indian women or their everyday problems; some heavyweight woman politicians are allegedly most corrupt or most temperamental or both; a large number of women politicians hail from big political families, while the rest of them are from the entertainment industry.

The fact that women do not form a recognisable ‘vote bank’ has encouraged the Indian political class to prevent the passage of the Women’s Reservation Bill, which arbitrarily proposes 33 per cent quota for women in the Indian Parliament; one-third places for half of the population.

The Bill was passed in the Rajya Sabha (Upper House) and awaits a debate in the Lok Sabha (Lower House). Indian male politicians, especially from the ‘cow belt’ have repeatedly sabotaged the women’s bill in the name of caste-based reservations within the overall reservations for women. The argument that only ‘elite’ and well-connected women will avail of the opportunities that this bill will bring has been put forth by politicians who have otherwise pushed female members of their own families to fight elections and hold offices in their interest.

The Congress is not the only party guilty of family politics or ‘parivaarvaad’; the socialists are way ahead with the likes of Lalu Yadav, Mulayam Singh Yadav and Ram Vilas Paswan all pushing members of their families (including women) to fight elections and hold offices.

Violence as the norm

If the protests after the Delhi gang rape of December 2012 were a wake up call that India had a serious problem of violence against women, responses of the political class and subsequent political debates have demonstrated the patriarchal and even misogynistic worldviews of Indian politicians. The anti-rape protestors became ‘dented and painted women’ for Congress leader and presidential son, Abhijit Mukherjee.

The BJP spokesperson, Smriti Irani was called a dancing woman turned psephologist by Congress leader, Sanjay Nirupam, who continues to be sought out for TV commentary. If sexist comments from politicians are not enough, violence and slurs against women politicians and campaigners have also been reported. Actor and Congress candidate Nagma has complained of being groped not just by the public but also by her male political colleagues. She recently slapped a man who groped her.

A Times of India report has claimed that, “some female politicians don’t get out of their cars because they fear being molested.  Others clear wide spaces and speak only from a raised platform”. It is evident that the social acceptance of violence against women is extended towards women in politics.

Amidst the glaring questions about women and gender that these elections have pushed to the backburner while we continue to be preoccupied with the personality traits and macho politics of the front runner politicians, there are some flickering lamps of hope. They include candidates such as Soni Sori, tortured by the police for being a Naxalite supporter in the Bastar region; Medha Patkar, anti displacement activist and social worker; Tiliya Devi, a bonded labourer from Jhanjharpur in Bihar who has fought against upper caste land grabs; and Dayamani Barla, an Adivasi activist from Jharkhand.

As Soni Sori puts it: “I felt if I have to change things in Bastar, politics is the only way. I realised that it was only through politics that I could empower myself, and when I am empowered, I would be able to empower people in Bastar as well. The freedom of my people has been curtailed. I want to give their freedom back to them."

A group of prominent women’s organisations has issued a  ‘Women’s Charter for the 16th Lok Sabha Elections 2014’ listing the important agenda items for women in these elections, and women’s groups and feminist activists continue to demand equal political participation of women and an end to gender-based violence.

The election manifesto of the Communist Party of India (Marxist) (CPM) and its promise that if voted to power it would abolish section 377 and decriminalise homosexuality is a welcome declaration. About 28,314 transgender voters have been registered as ‘others’ and a transgender independent woman candidate is challenging the heavyweights - including the Bharatiya Janata Party’s (BJP) Prime Ministerial candidate in Varanasi.

During elections we may hear about some women’s/gender issues from the political class, but the chances of them appearing in any major political party manifesto is minimal; the inclusion of some of these issues as an agenda for governance is unthinkable. The overall patriarchal structure is a serious roadblock in the path to gender justice and equality.

In the most talked about, highly anticipated and polarising elections ever in India, we have neither framed our gender question, nor asked where the women are.