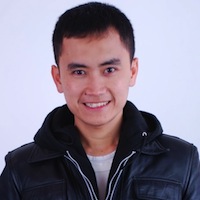 Fahmi Ismail is a Masters of Global Media Communication student at the University of Melbourne and Indonesian strategic political communication analyst. 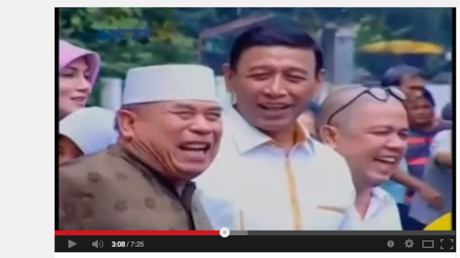 This is an edited version of a longer research paper. To read the full paper click here.

This election is the first in Indonesian politics in which the internet, particularly social media, has played a central role in the presidential candidates’ political communication strategies. It’s also the first campaign in which candidates have had clear, wide choices about the kind of platforms they might enlist to project their political messages, from traditional printed media such as books, leaflets, pamphlets, posters, newspapers and magazines, through to spruiking their message via a wide range of electronic and digital media, from old-school radio to Facebook forums.

But while politicians may feel spoiled for choice in their expanding opportunities to craft and distribute their messages, they cannot always be confident about how they are received.

The 2004 Indonesian general election was the first in which the president and vice-president were elected directly by the people. Previously, they were elected by the People’s Consultative Assembly (Majelis Permusyawaratan Rakyat/MPR), which consists of legislators and senators. The shift to popular elections had a significant impact on the way political communication is conducted.

Figures released by the Association of Indonesian Internet Providers/APJII (2014) show that 71.19 million Indonesians were using the internet by 2013. While this is a vast number, it is also worth noting that it represents only 28 per cent of Indonesia’s total population of 248 million.

Many of these internet users are younger, urban people so while the number of ‘likes’ on politicians’ Facebook fan pages and the number of ‘followers’ on their Twitter accounts might provide a tempting measure of their wider popularity, it might also paint a less than accurate picture if it only reflects the demography of urban constituencies.

Social media is the most common form of internet activity, with 87.8 per cent of people in Indonesia using the internet to connect to social networking sites (APJII, 2012). Indonesia is ranked fifth in the world for the number of registered Twitter accounts, with two cities – Jakarta and Bandung – ranking first and sixth globally as the busiest tweeters anywhere.

Since 2009, the widespread use of social media has lured Indonesian politicians to various platforms. In the process, Twitter has become the most used social media by Indonesian presidential candidates to project their political messages.

Since starting his Twitter account in early September 2011, Jokowi has tweeted only 864 times, or an average of 0.93 per cent tweets per day. He has only tweeted once in 2014 (as of time of publication), and only 23 times in 2013, when he was clearly leading the polls. Furthermore, Megawati Sukarnoputri, who is always among the top ten most favoured presidential candidates, does not have any social media accounts. (Source: Fahmi's own research)

Reports show that television is the dominant form of media in Indonesia with over 95 per cent of the population watching television (BBG & Gallup, 2012; Redwing, 2012). One of the reports also reveals that an average 94.2 per cent of households have televisions, with only a slight difference between urban households (98.2 per cent) and rural households (92.5 per cent) (BBG & Gallup, 2012). In the context of strategic political communication, this suggests that television is still the most influential media platform.

Political campaigning on TV broadcasts is a relatively new phenomenon in Indonesian politics compared to the US. In Indonesia, political parties’ TV commercials began in 1999, while presidential debates on national TV started in 2004.

Politicians and political parties have spent a lot of money on TV commercials. In 2013, the Indonesian Advertising Agencies Union (Persatuan Perusahaan Periklanan Indonesia) released figures that showed political ads spending was Rp 10 trillion (approx. AUS$ 9.78 billion) and the number was predicted to rise 25 per cent each year, particularly before and during the 2014 general election (Rohmat, 2013).

Some politicians have a lot of money to hire the best media consultants and professionals to craft their positive images and to assist them to effectively deliver their political messages. At least four of the contenders for the office of president are media moguls and the owners of many national and local TV stations. Aburizal Bakrie, chairman of Golkar Party, owns TVOne and ANTV. Surya Paloh, chairman of the National Democratic Party, owns MetroTV. Hary Tanoesoedibjo, one of the Hanura Party leaders, owns RCTI, MNCTV, and GlobalTV. And Dahlan Iskan, one of the Democratic Party Convention participants, owns JTV. Sudibyo and Patria (2013) argue that politicians who emerge from media businesses will inevitably project the media owners’ interests.

The Indonesian Broadcasting Commission (Komisi Penyiaran Indonesia/KPI) observed that in April 2013 National Democratic Party and Surya Paloh commercials were broadcast 31 times on MetroTV and 20 times as a news report (Hermawan, 2013a). The KPI also noted that in the same period Aburizal Bakrie commercials were broadcast 143 times, while he appeared nine times in news reports. The TVOne vice-editor in chief, Totok Suryanto, refuted the allegation of media intervention and said that the ads were broadcast based on TVOne’s procedure and paid for by the political advertisers (Hermawan, 2013b).

Despite the obvious influence television can wield for political players with the right media connections, the emergence of Jokowi - who has no media company portfolio - as the most electable presidential candidate in many surveys and polls provides a remarkable and powerful insight into the the limits of media power.

It should be differentiated. Political imaging means that there are deliberate actions by creating massive publications. Jokowi-Basuki has no deliberate actions [in relation to the accusations of political imaging of his activities]. His strategy, I think, is that he actually does not want to be followed by cameras [journalists]. But, his political activities are considered interesting because rarely done by politicians or public officials; as a result, it attracts people attention, including the [mainstream] media. (More, 2013)

In the current campaign, Indonesian presidential candidates are now confronted by multiple choices of media to project their political messages. Today, “the old media” - in the form of newspapers, magazines, radio, and television – exist side-by-side with new platforms. But research is indicating that old media usage is decreasing, despite television holding its ground as the dominant player on the Indonesian media landscape.

Meanwhile the influence of the internet becomes more powerful, despite the enduring   digital divide between urban and rural areas. This reality suggests that presidential candidates should maximize their efforts to project their political messages through the internet and television.

Embracing social media is a must. The good news is that the majority of presidential candidates are now immersing themselves in social media such as Twitter. However, solely relying on social media would also be fatal to any political communication strategy which fails to recognize the enduring generational and geographic barriers to internet access in Indonesia.

Being popular on social media is not the same as voters getting to know their candidates on the ground. As long as the digital divide exists, online popularity must not be confused with real-world campaign presence.