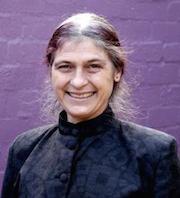 Helen Pausacker has been a member of the Asian Law Centre at Melbourne Law School since 1999 and has been Deputy Director of CILIS since its foundation. 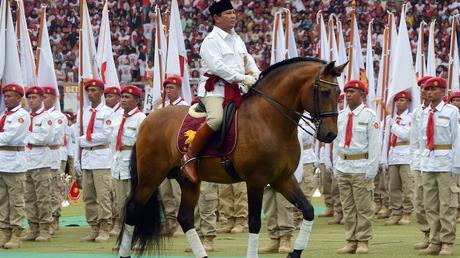 Born to rule; trained to fight; determined to win

Joko Widodo – commonly known as ‘Jokowi’ – has been called Indonesia’s Barack Obama. Young, personable and with a strong sense of how to use social media to bolster his political profile, Jokowi has had a meteoric rise to become the candidate widely predicted to be the next Indonesian President. So where did he come from, and what has shaped his political vision?

Jokowi was born in Surakarta (Solo), Central Java, in 1961, the oldest of four children and the only son.  He came from fairly impoverished circumstances, with his father initially working as a timber collector. The family rented poor quality housing near the banks of rivers, and was forcibly re-located three times to make way for developments.

Later, his father became a furniture maker and eventually earned enough to own a home. The extended family placed a high priority on education and Jokowi completed secondary school in the state system and then obtained a bachelor’s degree in forestry at Gadjah Mada University (Jogjakarta) in 1985. While a diligent student, Jokowi also became interested in rock music from middle school onwards, a passion he has maintained into his adult years, enduring long after his youthful long hair was chopped off.

Upon graduating Jokowi worked for a paper firm in pine forests in Aceh, eventually rising to become a manager.  He returned to Solo in the late 1980s, working first for his uncle and then setting up his own furniture business, focusing particularly on the export market.  The venture thrived, although at one point in 1990 a customer refused to pay for a large order, and Jokowi had to begin again almost from scratch.

At the height of his business success he was employing over 1000 people. In this phase he also became active in a number of small business associations and by 2002 was heading an association of furniture makers.  His business ventures also took him on overseas trips, and commentators have suggested that seeing the smooth running of European towns and cities may have been part of the inspiration for him to run as a mayoral candidate in Solo, together with the urging of fellow entrepreneurs.

Jokowi won election as Mayor of his hometown of Solo in 2005 and again in 2010, when he received over 90 per cent of the vote.  He stood as a candidate for PDI-P (Partai Demokrasi Indonesia – Perjuangan, or the Indonesian Democratic Party – Struggle), the party of former President Megawati Sukarnoputri. Solo is an area where PDI-P has gained significant support.

Solo was badly affected by the riots in the final days of President Soeharto’s rule in May 1998, when approximately 33 people died and the city suffered losses estimated at about A$76 million. Some 335 buildings were destroyed by arson, predominantly businesses along the main street owned by Chinese-Indonesians.  Solo then had a population of about 532,000 people and the fallout of the troubles  – unemployment, the breakdown of race relations, the bereavements suffered by families – was considerable.

By 2005, when Jokowi became Mayor, Solo had largely been rebuilt but had still not fully recovered from the riots. During his administration the city's budget came out of deficit at last. Jokowi gained a name for taking strong action against corrupt officials and streamlining bureaucracy for business and investors. He also instituted reforms to bureaucratic processes for individuals (such as obtaining identity cards).

Jokowi’s plan for Solo included improving health, education and public transport. He also began a process of renovating old buildings and building business. He relocated street traders to designated areas after a long process of discussion – no doubt remembering what had happened to his own family when he was a child.

His management style was famously open – he invited discussion of budgeting and planning and established a telephone hotline to receive criticism and suggestions from the public.  It was also in Solo that Jokowi began his trademark blusukan, impromptu visits to the community and sudden appearances in government offices to check on their operations.

During the lead-up to Jokowi’s campaign to become Governor of Jakarta, his opponents criticised the choice of his deputy, Basuki Tjahaja Purnama (known as Ahok), a Chinese-Indonesian Christian. Nevertheless, Jokowi won the election with a majority of 54 per cent and began his term as Governor in October 2012.

Despite their brief time in office Jokowi and Ahok have already instituted a number of reforms, including health (introducing the Kartu Jakarta Sehat, or Jakarta Health Card, as well as building new hospitals); and assistance for education for the poor (Kartu Jakarta Pintar or Clever Jakarta Card).

Jokowi and Ahok have likewise instituted important reforms to Jakarta’s water supply. In an attempt to lessen the flooding disasters that befall Jakarta each year in the rainy season they've put in place a dredging program for dams and rivers.  Sub-standard housing has either been dealt with by demolition, particularly in areas affected by flooding, with residents relocated to high-rise housing, or by improvement.  Traditional markets are also being rebuilt and street vendors, particularly in Tanah Abang, are being persuaded to move to indoor market complexes – a process that is still underway and not without controversy.

Under Jokowi Jakarta has been branded the ‘Festival City’, with some 97 festivals being held in 2013.  Work has started to provide green areas in the city. The Governor has even turned his attention to the plight of performing monkeys, ordering a raid in October to confiscate and relocate these monkeys, who were found to have worms and a number of other infections that could spread to humans.

Jokowi’s style is hands-on, reaching down to the smallest details of bureaucracy.  Questions have been raised about whether the strategies he used as Mayor of a small, provincial city - and even as Governor of a vibrant mega-city like Jakarta - can be applied to ruling a country.

His lack of political experience in both national and international politics has been highlighted. Lily Yulianti Farid (http://electionwatch.edu.au/indonesia-2014/and-theyre-runners-declared-two-horse-race), however, points out that his choice of Jusuf Kalla, former Vice-President and seasoned politician, could help counteract this (although some say there is the danger that Jusuf Kalla could dominate Jokowi).

Marcus Mietzner (http://www.insideindonesia.org/current-edition/jokowi-rise-of-a-polite-populist) has commented on the divisions in PDI-P, the party backing Jokowi, and how this eroded the anticipated support at the election.  Some suggest he may have difficulty managing the party once he is in the palace.

Overall, Christian von Lübke (http://www.insideindones.org/current-edition/maverick-mayor-to-presidential-hopeful) comments that Jokowi’s ‘humble upbringing outside the capital gives roots deep in the midst of society, whereas his business background provides a critical lens on government inefficiency and misconduct’, if he can steer his way through ‘turbulent political waters’.