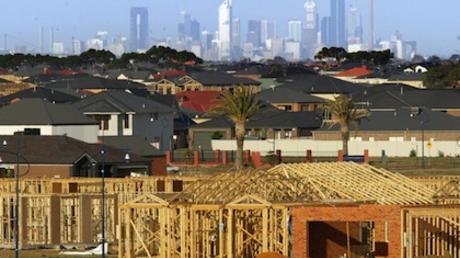 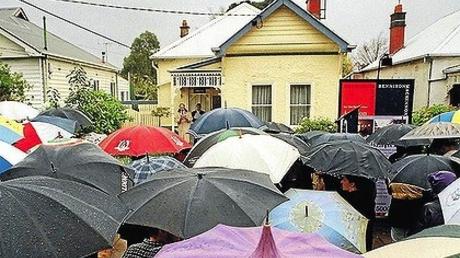 It seems to have become a term of abuse to call someone a "Not in my backyarder" or "Nimby". In recent media commentary I've seen the term used as a derogatory put-down when residents oppose a proposal for a new development that would be close to them.

But when properties cost so much and leisure time is so increasingly precious, is it any wonder that people have strong feelings about what happens to their homes, local streets and suburbs?

Two recent cases highlight problems with our planning processes. In 2012, 600 local residents objected to a developer's proposal to build 448 apartments in towers of up to 12 storeys high at 590 Orrong Road, Armadale. Reflecting its residents' concerns, the Stonnington Council rejected the proposal but the Victorian Civil and Administrative Tribunal (VCAT) set aside the council's decision and granted a permit. The Stonnington Council appealed in the Supreme Court last year but lost.

In the same year, the Darebin Council refused a permit for a developer's proposal to build five apartment towers containing 474 apartments and reaching 11 storeys high on Plenty Road, next to Bundoora Park, after it received 700 objections. VCAT asked the developer to reduce the height of three buildings from 11 storeys to eight. Concerned residents said that would make little difference to the impact of such a massive development.

While these cases attracted media headlines, there are so many other personal stories of people who have bought properties, invested in them, carefully renovated them and enjoyed them only to find someone then builds something totally inappropriate next door. Something that overlooks their windows, overshadows their backyard, destroys their view, causes increased traffic and noise and lowers their property value.

At least, in the Orrong and Plenty roads cases, the council was on the side of protecting local residents. That isn't always the case. Sometimes residents end up battling not just a developer but their own council to try to stop a new development.

When we think of politics, we usually think of prime ministers, federal parliament, state politics or big picture issues. But it is local government that most people have the most contact with regularly.

Political finance researchers and corruption investigators have voiced suspicions that local government is the branch of government most susceptible to corruption. The proximity of contact between local politicians and developers, the vast amounts of money involved in lucrative planning decisions, and infamous cases of dodgy planning processes have encouraged those suspicions.

But another factor is that local politics is remarkably unscrutinised. Do you know the name of your council ward or your local councillors? Do you know which parties they represent (if any)?

Media scrutiny is also low. Local newspapers aren't known for their investigative reporting nor even for reporting regularly on council meetings and decisions. Some local papers are little more than a real estate section with a few pages of local colour news pasted at the front.

And local government is no West Wing or House of Cards.  Many councillors receive allowances that are not even equivalent to a full-time salary so many hold other jobs and consider their council role part-time. Local government is hardly the most politically savvy or responsive branch of government.

Putting all of this together with problematic state-based planning policies has meant that there is something very wrong with the way local democracy and planning intersect in Australia.

There has been a major increase in population in Melbourne over the past 15 years. Housing has to be found for everyone but we should have seen the growth of satellite cities with their own job opportunities, amenities and good transport. That we haven't seen that - and instead have seen many isolated housing estates built with little regard for local amenities or connections - is the fault of successive state and local governments and not the responsibility of individuals who want to preserve the existing character, amenities and heritage features of their neighbourhoods.

The consequences of the failure of successive state leaders over recent decades to evolve a consistent, coherent vision of future Melbourne is the underlying theme of a collection of expert articles recently assembled under the title Future Melbourne: What Next?

There are planning rules, building codes and heritage-listed areas, but the rules have traditionally been wide open to interpretation. So residents who oppose inappropriate development often find the outcome comes down to a decision by VCAT. VCAT is an unelected body that has a documented history of favouring developers.

Tribunal members often have a planning or architecture background which means they may have a more natural interest than, say, lawyers or historians or butchers who might come at issues from a completely different and much more disinterested angle. If VCAT were composed of elected officials, citizens' juries or lawyers, its decisions might be very different.

Also, developers who front VCAT often have an army of expensive expert witnesses to outgun residents who try to make a case.

It's so odd that, as citizens, we often have a lot of say in things that are remote from us (foreign affairs, for example) but very little on what happens in our own backyard.
It's also odd this is happening in a country where there is such a government emphasis on  "who comes to this country and the circumstances in which they come", and where it's an accepted principle that someone who is not an Australian citizen should not be able to vote because they do not live in the place they are making decisions about. Yet developers from other suburbs can decide the shape of suburbs they don't live in and build inappropriate developments that they will never have to feel the consequences of.

The people who do have to bear those effects and who care about their local community shouldn't be lampooned as Nimbys.

There has to be a better way of planning that involves residents more fully and reflects basic democratic principles.

The idea is not to halt development  or keep people out of inner city areas but to make sure development is appropriate and properly planned for the long term. If state governments and local councils fail to achieve that, it's unfair to lump the consequences onto individual residents who just want to enjoy their own homes in their own neighbourhood.

This artice is a modified version first published in The Age on 7 November 2014.