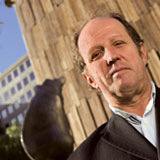 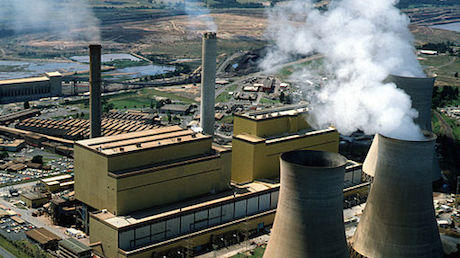 The solution to climate change - one of the biggest problems facing us today - is in the cities.

As we move from three billion people globally living in cities to seven billion, it is clear the cities contain most of the wealth and economy, but also the majority of greenhouse gas emissions. I believe we don’t talk enough about this; certainly, the federal government has shown no intention of solving this problem. So we need to go about transforming the city ourselves.

We can start by looking at the simple solutions. For example, planting trees is one of the easiest ways to cool the city and address other environmental problems. Since 1993, the number of trees in Melbourne’s CBD has skyrocketed and the City of Melbourne is currently planting 3000 trees per annum as part of its Urban Forest Strategy. Another solution is taking away the asphalt and turning it into footpaths and parks that can cool the city down. Recently, in North Melbourne, a 500 square metre traffic island was turned into a 5000 square metre park.

Our research shows that as Melbourne grows from four million to eight million people, you can put that increased population onto just 7.5 per cent of the land.

The city has removed over thirty five hectares of asphalt and other redundant infrastructure over the last thirty years and turned it into places for people. Other cities have done this as well; Seoul took down a freeway and created a river to green its city and bring people back to that space. Melbourne has some magnificent parks, which have fourteen million visitors annually and are valued at $21 billion; they’re worth looking after. Another idea is to expand them. In 1986, we at Melbourne City Council looked at how to link up the parks to the east of the CBD to create one of the biggest parks in an Australian city. The result was Birrarung Marr: an eight hectare events park.

In about 2000, we realised that these small things alone weren’t going to be enough, and looked at setting more ambitious targets.

We looked at reducing water use and greenhouse gas emissions, looking at how this could be achieved through direct action. We put solar panels on the north-facing roofs of Queen Victoria Market, which made a huge impact. We also constructed low energy buildings such as the libraries in East Melbourne and Docklands. At the Venny adventure playground in Kensington’s JJ Holland Park - recently defunded by the federal government - children can actually see green roofs, work with sustainable agriculture and experience what a sustainable future might be like.

Another well-known example is Council House 2, which was an experiment in designing a building for the climate of Melbourne that looks at the outside temperature and how the cooling at night can be captured during the summer to naturally cool the building. Existing buildings can also be retrofitted to improve their environmental performance; the 1200 Buildings Program provides financing for this purpose.

The climate issue became more crucial in 2009, where even more people died from heat stress than in the tragic Black Saturday bushfires. We can see in the statistics that we have less water, that our city is heating up and it’s only going to get hotter. So we’ve put in place strategies to put an urban forest in the city and look at how to improve open space.

Over the past four years, we’ve invested $40 million in improving the environment of the inner city and cooling it through good landscaping. Sadly, we’re about to lose a lot of these trees through old age and climate change. So we’ve set targets for countering this, such as moving from 22 per cent canopy cover in the CBD to 40% by 2040. We’ve made our Urban Forest project accessible online, so people can find an individual tree and see its species, age and health, and thus engage with the community on this issue.

Temperature isn’t the only issue, as water is very important. It’s better to have stormwater running across the surface and purified by trees than piping it into the bay, as the trees can act as sinks to hold the moisture. We’re doing a lot of water projects, running water into tree plots or through permeable asphalt. An example of this is in Collins Street, where we are retrofitting the pavement so that the city can be a sponge.

While we can build storage tanks the best way to hold water is in the soil, we have five large tanks, such as in the Carlton Gardens and Fitzroy Gardens, which can provide up to 80 per cent of those parks’ water needs. We’re doing this also in places like Darling Street in East Melbourne, where a rain garden in the middle of the street purifies the water and puts it back into the gardens. The biggest such project is the Royal Park Wetlands. With this and the tanks we now collect 25 per cent of our park’s water needs. This also has the benefit of saving the city over $600,000 a year in water charges.

More broadly, we need to look at where we will accommodate future population growth in an environmentally sustainable way. Our research shows that as Melbourne grows from four million to eight million people, you can put that increase onto just 7.5 per cent of the city’s land. You can locate a million more people in and around railway stations, and another 2.4 million along the bus and tram corridors where we already have infrastructure, much of which is underutilised, and would benefit from increased populations.

This is already occurring. Developers have figured out that this is the right approach and there are some very good buildings being constructed. For example, in Brunswick Street in Fitzroy, where there was previously a carpark, there is now affordable housing with a supermarket, childcare and community facilities. It’s also improved the local streetscape. The remainder of the population growth can be accommodated in known redevelopement sites like Docklands, which are new areas of our central city that are slowly growing into good pieces of city.

The result is that we don’t have to touch the suburbs, which can become the urban forest I’ve been talking about. We can have the best of both worlds here, something I consider to be very doable and not very difficult. But, importantly, we have to set some targets.

One of the weaknesses with Plan Melbourne, the new metropolitan planning strategy, is that it doesn’t specify how many people each municipality should absorb. If it did so, I would be confident the community would place the population growth in the right places, and both preserve the suburbs and get development in the right places.

So what we have to do is adopt strategies, such as I’ve discussed - urban forest, open space, zero net emissions, 1200 Buildings - and set targets. We are good at hitting targets here in Melbourne, so we need to do so and, as a community, achieve a more sustainable future for the city.

This article is extracted from the just-released peer-reviewed e-Book Melbourne: What Next?, published by the University of Melbourne and available for free download here.