Family First - the party that lives up to its name 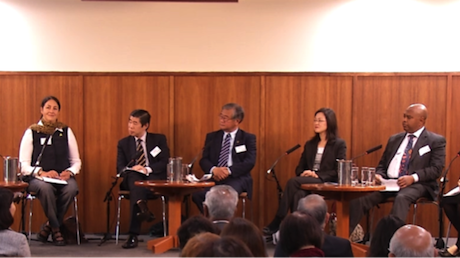 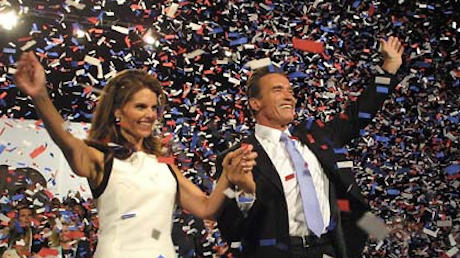 Star candidates and the celebritification of politics

Electoral contests are increasingly about preferences and the brokers who cut deals that give minor parties a bigger say than they could possibly achieve on their own. And sometimes, those minor parties can take on a very strange complexion.

Consider Family First, founded in 2002 and gaining its first major success with Victorian Steven Fielding, who was elected to the Senate on the back of a byzantine preference deal in 2004, despite receiving only 2500 primary votes.

But Mr Fielding is no more. ‘We haven’t caught up with Steve for a while,’ says the current Upper House Family First candidate in the Victorian state election, Mr Andrew Conlon.

Instead, in the last few years the Victorian branch of Family First has been virtually taken over by people associated with property developer and party state director Mr Ashley Fenn, his companies in the Ethan Property Group and his place of worship, the Ringwood-based GROW church.

Perhaps not surprisingly, the party’s policies now include advocating for a complete abandonment of rezoning controls for residential development on the city fringe, and an abolition of urban growth boundaries.

Meanwhile Mr Fenn’s best known company, the not- for- profit Ethan Affordable Housing, has become one of the largest beneficiaries of the National Rental Affordability Scheme, started under the Rudd Labor Government in 2009 and administered by the State and Federal governments.

When it comes to the selection of candidates, Family First lives up to its name.

Of the 55 Family First upper and lower house candidates running in the state election, six are members of the Fenn family, including Mr Fenn’s wife Cielo, who is contesting the marginal goldfields electorate of Wendouree, his son and daughter- in- law Brendan and Helen Fenn, who are contesting the upper house Northern Metropolitan region and the lower house seat of Northcote, his daughter Janna Fenn and family members Judith and Norman Fenn, who are contesting Eltham, Mildura and Mulgrave respectively.

At least 16 of the Family First candidates running in the Victorian state election are married couples, and another six are clearly from the same families. Most live far away from the electorates they are seeking to represent. In several cases a married couple are contesting electorates at different corners of the state and remote from their homes.

Mr Jamie Baldwin, the upper house candidate for Northern Victoria, was until recently part of the management team at Ethan, and Northern metropolitan region candidate Mr Brendan Fenn is the general manager of development for Ethan.

Another former director of Ethan, Mr Aaron D’Orival, has signed Australian Electoral Commission documents as the Family First party agent. Mr D’Orival also runs a company trading under the name Government Grant Guru, giving advice on how to get grants from government.

Meanwhile Family First candidates have refused media requests for interviews from UniPollWatch and local media, with all calls being referred to Mr Shane Clark, the upper house candidate for the Southern Metropolitan region. Mr Clark is given as the main contact for Ethan’s development in Mooroopna, near Shepparton, and his family members are running for Family First in the Northern and Southern metropolitan regions and in Geelong.

The Ethan Group includes a management consultancy that boasts on its website the ‘successful delivery of federal and state political campaigns’ as among its team’s achievements. Mr Fenn is also the largest single donor to Family First Victoria, contributing $70,000 in the 2013 financial year, according to documents lodged with the Australian Electoral Commission.

On the church’s website, Ms Morris says opposition to abortion was a key motivation for her entry into politics.

Family First are contesting 39 lower house seats, including the 21 most marginal, the three inner city seats in which the contest is tight between Labor and the Greens, and the second and third most marginal National Party seats.

In an interview with UniPollWatch Mr Ashley Fenn freely admitted that the choice of seats was strategic, and that the candidates were ‘basically, people I know’ including many married couples and others associated with Ethan.

He admitted Family First did not expect to win any seats in the lower house, but hoped for success in the Upper House, and to influence the election result through the flow of preferences.

‘You look at people who are involved in minor parties and typically they’re not career paid politicians. So we have supporters who are sometimes one person of the family, other times the couple are supportive … Unfortunately we don’t have candidates living in every particular area that we’d like to run. But we try and cover that off as best we can.’

Asked whether it was a conflict of interest for a property development group in receipt of government support to dominate a political party, he said that Ethan did not take capital grants from government.

Asked how the party would allocate its preferences, Mr Fenn said the decisions would be made seat by seat by a committee of party members and the board. ‘Typically we are supporting centre right and centre minor parties … You could probably say we start centre, then right, then to the left.’ But he also said individual candidates’ positions on issues such as abortion and same sex marriage would be influential.

Meanwhile Family First has received the Liberal Party’s second preference in 25 of the 39 seats it is contesting, and the third preference in another eight seats.

Mr Fenn said it was his involvement in affordable housing that inspired him to enter politics. ‘I got to meet a lot of politicians and work in that arena which fuelled my interest in getting involved in politics. I became very frustrated and thought things could be done better.’

The National Rent Affordability Scheme (NRAS) offers tax free incentives to developers to build and rent homes at below market rates and has resulted in more than 14,000 homes being built.

Ethan has been one of the four biggest winners of incentives, gaining more than 2000 in several states and with applications for more. The latest reports from the NRAS scheme show Ethan manages 23 projects across Victoria and others in the Northern Territory, Western Australia and South Australia.

Ethan claims to ‘activate’ up to three houses a day across Australia under the scheme, and to employ a staff of about 20.

The NRAS is now being reviewed following reports that universities and developers were tapping millions of dollars in subsidies to build units for foreign students instead of other low income Australians.

Mr Fenn is independently wealthy from years in the property development business, and he and his Ethan Group also operates for-profit property interests across Melbourne.

Mr Fenn previously ran in the Melbourne by-election in 2012 gaining three per cent of the vote, but he said he was not a candidate this time around because of a major new commercial business project, to be announced in the next month.

He did not give details, but earlier this year Mr Fenn was reported by News Corporation media outlets to be heading a consortium seeking to set up car manufacturing in Australia, using the sites abandoned by General Motors in the Adelaide suburb of Elizabeth.

He was reported as saying the plan included asking the Federal Government to restrict the number of international competitors allowed in the Australian market.

Meanwhile, Family First’s current policy platform includes opposition to abortion and same-sex marriage, ‘getting the government off the back’ of small business and opposition to the ‘climate change doctrine’. The Party’s website claims that carbon dioxide is not a pollutant, but a plant food that helps crops to grow.

In a change from previous days, the Victorian branch’s policy platform now includes a major section which asserts that affordable housing is not sufficiently available because land is locked up by government regulation. The policy says this should be addressed through the abolition of ‘master planning’ and the abandonment of zoning restrictions on the urban fringe.

Developers should be allowed to service new subdivisions with only the basics of water, sewerage and electricity, the policy says.

‘Additional services and amenities (lakes, entrance walls, childcare centres bike trails etc can be optional extras if the developer wishes to provide them and the buyers are willing to pay for them,’ the policy says.

One of the few remnants of the early days of Family First in Victoria is candidate is Mr Andrew Conlon, who has run in most state and federal elections since 2007, and is contesting the upper house Eastern Metropolitan region in the state election. Mr Conlon said he was not a family member of associate of Ashley Fenn and was not connected with GROW, but that he was on the board of the party and supported its direction.

This article first appeared on UniPollWatch