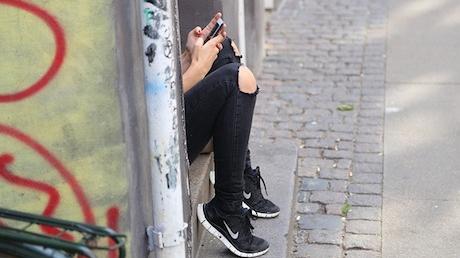 Youth at risk from rising unemployment

The Victorian economy is at a crossroads.

While there is plenty to be optimistic about, there is also significant cause for concern.

The state's unemployment rate has been steadily rising for three years and is now around 7 per cent, and the closure of the Ford, Holden, Toyota and Alcoa plants in 2017 or sooner will trigger tens of thousands of jobs losses and see billions of dollars in industrial machinery and infrastructure fall idle.

Against this backdrop, the 29 November state election campaign must turn on debate about the future of the Victorian economy and where the new jobs are going to come from.The policy decisions made by the next government will decide whether Melbourne becomes the next San Francisco or another Adelaide.

Victoria today is well positioned to take advantage of a number of the sectors that will grow fast worldwide in the coming decade ... The next government must produce a clear plan to leverage our potential in these  sectors.

One road leads to a more innovative economy where research spurs innovation and the creation of well-paid jobs for highly skilled workers. The other leads to a rust belt, with youth unemployment over 50 per cent in many areas and an economy dangerously dependent on federal government decisions about naval ship building.

The Coalition State Government's response to Victoria's economic challenges centres on maintaining a budget surplus and the AAA credit rating at any cost; an open slather approach to high-rise development in central Melbourne; and investing in a $27 billion infrastructure program, mostly comprising transport projects. And this month Premier Napthine unveiled the Coalition’s six-point plan for job creation.

For its part, the Labor opposition announced a jobs plan back in 2012 – with funding increases for TAFE, a stronger "buy local" policy for government, and changes to governance on major projects – as well as its own multi-billion dollar infrastructure program. It’s now expanded on this with its strategy to create 100,000 new jobs with an updated five-point plan.

But at this critical point, Victoria needs a bolder economic vision than either of these offerings.

It is true that state governments are limited in their ability to control the macro economy. But there is much they can do at the micro-level to drive new industry and jobs growth.

In Victoria, the State Government is even more important than in other states. We do not have the resource riches of the mining states, nor a spectacular harbour or reef as a natural drawcard. So Victoria needs to pedal faster and smarter to keep its economy ahead.

With good government and an agile business community, Victoria has proven it can be both dynamic and resilient. For more than a decade through the late 1990s and 2000s, Victoria's economy was the stand-out performer among the non-resource states.  The transition in our economy during this period is illustrated by the changing profile of our top export earner – from aluminium (1990), to processed dairy  (2000) to education services (2010).

So what should Victorians be looking for in an economic vision from the Napthine government and Andrews opposition?

There are no quick fixes. The only certain road to success is the hard slog of reform for productivity growth. This requires a commitment to the basics: sensible fiscal policy with investment in infrastructure, services and liveability; smart urban policy and a good planning system; and competitive business arrangements.

But Victoria also urgently needs micro-economic reform. A good starting point would be a more rational decision-making system for major infrastructure projects that ensures  they endure beyond the four-year political cycle.

A second, braver move would to replace inefficient state taxes with broader and fairer taxes.

Third, the government needs to better manage the transition of workers being retrenched in manufacturing, and not just those affected by the high-profile closures.

Fourth, if Victoria is serious about creating quality jobs then it needs a major rethink of its approach to industry and innovation policy. There is growing recognition among policy thinkers that governments can play a stronger role in setting direction for the economy. National endowments will favour some industries and products over others – the state should play an active role in backing them.

Victoria today is well positioned to take advantage of a number of the sectors that will grow fast worldwide in the coming decade: international education, gas, wealth management, tourism and agribusiness – while also building on its strengths in medical research, information and communications technology, food processing, niche manufacturing and finance. The next government must produce a clear plan to leverage our comparative advantages in these and other sectors.

San Francisco and the Bay Area did not become a global hub for technology businesses overnight – the roots can be traced back to the emergent microchip businesses of the 1950s and a network of universities, research labs and industry.

Victoria's universities are now the state's most valuable economic infrastructure; they should be encouraged to do more with industry and innovative small businesses that are the key to our future prosperity.

There is a rich range of case studies in "what works" in this field that Victoria should replicate. For example, this state is a world leader in medical research-based innovation.

One of the features of our health sector is the way universities and research institutes are embedded in our major hospitals – this has proven to be a powerful driver of practical innovation. Think about what could be achieved if this same approach was applied to other areas: in schools, in manufacturers, in information and communications technology, in government.

As the biggest player in the state, government can make a big difference. In New South Wales, the Education Department has opened many of its back-of-house systems to competition among start-ups; this has created a burgeoning "EdTech" sector.

The governments of world leaders in innovation – such as the Nordic states, Israel, and Singapore – have followed a three-step process. First, they approach innovation systematically, with agile development agencies that foster industry clusters and plug gaps in the innovation pipeline. Second, by charting an inspirational vision and clear goals, they encourage the public to embrace innovation.  Third, they provide generous support – way ahead of anything on offer in Australia – for R&D and start-ups.

The challenge is clear.  It is time for both sides of politics get serious about the big debate of 2014 Victorian election.

The article was first published in The Age.

Nicholas Reece is a principal fellow at Melbourne University, director of Election Watch, and a former Labor advisor.