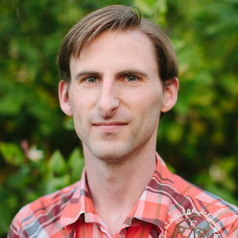 The University of Melbourne

Bubbling along below the surface of this state election is an issue that is of major importance for some Victorian families. While it won’t determine the outcome of many seats, it speaks volumes about the social conscience of Victoria’s politicians, who have yet to join the growing list of states and territories that have legalised the adoption of children by gay and lesbian parents.

It is already legal in New South Wales, Western Australia, Tasmania and the Australian Capital Territory, and many Victorians might be surprised to learn that same-sex couples cannot adopt here in the Garden State. In rare circumstances, a same-sex-attracted single person can adopt a child who is already known to him or her, but many same-sex couples raising children in long-term foster arrangements, as well as same-sex step-parents, are in a precarious position. Their children, many of whom have only ever known a secure family environment with their same-sex parents, live with chronic uncertainty over what might become of them and their siblings if anything were to happen to their parents.

While it won’t determine the outcome of many seats, it speaks volumes about the social conscience of Victoria’s politicians

Some foster agencies in Victoria seek out same-sex couples to provide a secure home for children, as evidenced by Berry Street’s Fostering with Pride campaign. Encouraging same-sex couples to foster while not allowing adoption defies logic. At a time when there is a shortage of available foster families, it seems strange that same-sex families are not being given the ability to cement secure families through adoption when appropriate.

One of the reasons for the delay in recognising same-sex couples in adoption laws is a misguided belief that children do best when raised by a mother and a father. But research shows that children with same-sex attracted parents do at least as well as children in traditional families.

The recently published Australian Study of Child Health in Same-Sex Families, undertaken by myself and colleagues at the University of Melbourne, looked at the health and wellbeing of 500 children under the age of 18 years from 315 same-sex parent families. This work found few differences overall between children with same-sex attracted parents and the general population. It did show that children with same-sex parents scored particularly well in the area of family cohesion, or how well families get along, and that this was associated with positive outcomes for these children. Like earlier international research, this Australian study found that social stigma has a negative effect on same-sex parent families. Institutional exclusion through a lack of access to the legal security of adoption plays into this stigma.

Research on adoptive families is building a picture of gay and lesbian couples as being more likely to share care, have children who show less gendered play, and have overall psychosocial outcomes similar to heterosexual families, including mental wellbeing and peer relationships. A key conclusion across adoption research is that it is the quality of family relationships that is important, rather than parents’ gender or sexual orientation.

It seems that this evidence-based message has made it through to the Labor Party, where earlier this year the State Conference voted unanimously to accept a platform that would legislate for same-sex adoption. The Greens have been on board for a long time. But the Liberal Party is yet to commit. Liberal MP Clem Newton-Brown, who personally is supportive of same-sex adoption, is working with his colleagues to move the issue along. Meanwhile, Premier Denis Napthine said in May that he was not opposed to same-sex adoption but was waiting for some “proper science.” Well, the science is in, and it is time for the Liberals to commit.

The issue of same-sex adoption will not win or lose this election but it does feed into a bigger picture. It is about accepting diversity and recognising that the best interests of Victoria’s families are served through the creation of secure environments. It goes to whether politicians are compassionate and prepared to act to create a society free of discrimination. But, most importantly, it is about the many children who just want the law to recognise the people they love as their rightful parents.

Dr Simon Robert Crouch is a public health doctor and Honorary Research Fellow with the Jack Brockhoff Child Health and Wellbeing Program, Melbourne School of Population and Global Health, the University of Melbourne. He is lead investigator of the Australian Study of Child Health in Same-Sex Families (ACHESS).