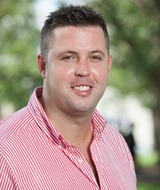 With the Victorian state election fast approaching, law-and-order politics will undoubtedly once again feature prominently. The ALP has already committed to a royal commission into family violence, in what will likely be one of its flagship announcements. On the other hand, the Coalition government has been spruiking its reform agenda since it was elected in 2010 and appears committed to further measures if re-elected.

This agenda has been wide ranging, including the abolition of suspended sentences, the introduction of “one-punch” laws with 10 years mandatory minimum imprisonment in the case of a fatality, and the deployment of an additional 1700 police officers on the street.

These initiatives reflect an overwhelming preoccupation with street-based offences. Nowhere is this clearer than in the Government’s rolling out of Protective Services Officers (PSOs) across the rail network. This pledge to equip every station with two PSOs between 6 pm until final trains is closer to realisation.

This makes it a good time to examine not only the role out of PSOs, but also the extent to which they meet their objective of reducing crime, violence and anti-social behaviour in and around train stations.

On the basis of recent statistics, it is clear that PSOs are identifying anti-social behaviour and fining people accordingly. Since 2012, when PSOs were first deployed, they have issued 29,000 fines.

This might come as welcome news to many, but there are flaws. PSOs are overwhelmingly responding to what are, on balance, comparatively minor offences. This raises questions about resource effectiveness, as well as more complex issues associated with the members of the community most likely to come under such scrutiny.

From a resource point of view, approximately 75% of fines related to minor transport offences. Commuters might find smoking, littering and spitting on train platforms unpleasant. Many, of course, take aesthetic offence at vandalism. However, put in the context of the financial investment required to recruit, train and roll out 940 PSOs, these pale quite significantly. The government committed to $212 million to this roll out, and while fines may help recoup much of this investment, PSOs were never intended as an income-generating exercise.

For many police researchers, random patrols of train stations – and street-based patrolling more generally – are at odds with a more strategic, intelligence-led approach to crime. International research over the last few decades has suggested that routine patrolling is not effective. The most iconic illustration of this was a controlled preventative patrol study conducted in Kansas City in the early 1970s. The city was designated into three distinct areas. In one area, patrolling was significantly intensified. The second area maintained standard patrolling, while in the third area general patrolling duties ceased entirely. Crime rates did not appear to differ, including in the area of the city in which general patrolling duties stopped entirely.

Perhaps more surprisingly, this research also suggested that patrolling did not affect public confidence in police or perceptions of safety.

Research on general patrolling also shows that marginalised people are likely to be disproportionately targeted. To the lay observer, this is often misunderstood as showing that these people are more likely to break the law.

However, this overlooks the well-established reality that this is not the case. Indeed, serious forms of harm tend not to happen in these kinds of public sites. This suggests policy makers need a more sophisticated understanding of the spatial dynamics that help conceal more serious forms of crime. A lot of interpersonal violence, for example, occurs in private contexts such as the home.

A preoccupation with much more trivial offences ultimately leads to net-widening, a phenomenon experts have long cautioned against. Net-widening results in further resources being invested to detect minor offences at the expense of a more intelligence- and problem-oriented approach to crime control.

A further issue is the often tenuous principle of police independence. The Chief Commissioner, Ken Lay, has shown signs of unwillingness to defer to the government about where and how PSOs should be positioned. As he has said, “we’ll look at where they need to be and that’s where we’ll put them”. At the same time, the Government appears unwavering in its commitment to deploy them across every station on the network.

While this tension between the Chief Commissioner and the Government may appear trivial, in the context of the recently released strategic Blue Paper by Victoria Police, it is one that may well intensify in the coming years. The Blue Print proposes a much more specialised model of policing, acknowledging that Victoria Police is at present struggling to cope with the day-to-day demands of traditional policing.

The fact that it is unlikely to be popular with the Government or the Police Association does not undermine the vision proposed by the Blue Paper. Indeed, its unpopularity within these quarters should not be used to undermine the independence of senior police, and their legitimate role in strategically orienting the organisation towards future needs and demands.

Both before and after this election, interesting times await when it comes to debates about the role and function of police in a changing and challenging environment.

Dr Dave McDonald is a Lecturer in Criminology in the School of Social and Political Sciences at the University of Melbourne.