The Coalition had a strong track record in mental health reform in the 2000s, and in the 2010 election seized the initiative from the ALP by committing to the serious construction of a new and integrated national mental health system for young people, built on centres run by the Headspace organisation and programs run by the Early Psychosis Prevention and Intervention Centre (EPPIC).

This time the Coalition has yet to announce its policy for mental health. There is a major opportunity to build on its credentials in this space to tackle the unfinished task of mental health reform for the four million Australians affected every year. The Coalition launched the first wave of Headspace sites in 2006 and provided a very large injection of mental health funding into the "Better Access" programme while Tony Abbott was Health Minister. Senator Concetta Fierravanti-Wells is yet to indicate what her party's priorities will be should they win government and Australians expectantly await an announcement in this vital policy area which is of deep concern to all.

We would like to see the Coalition recommit to completing the task of building a youth mental health system for every Australian community. This will take a further 5 – 10 years and must be built in stages, which suits the present financial climate.  A very positive start has been made already with mor ethan 100,000 young Australians and their families already welcomed into stigma free and empowering care. We need to provide specialist expertise to back up Headspace through more EPPIC services and other specialised programs. People with serious mental illness at other life stages need evidence based housing, employment and holistic and assertive community based care programs.

In a tight fiscal environment we still have opportunities, but we must spend wisely. Early intervention for young people entering the productive years of life, and evidence based direct programs in housing, employment and assertive community treatment represent the best value for money.

There should be a national inquiry led by the Productivity Commission or a greatly strengthened National Mental Health Commission into the design and optimal configuration of all mental health services and expenditure across Federal and State jurisdictions.

The Government refer voters back to their 2011 Budget $2.2 billion mental health package which included investment to strengthen and expand up to 90 headspace sites around the country in addition to a nominal 16 EPPIC sites for first episode and early psychotic illnesses that was to be joint-funded with the States.

Due to the failure of most States to co-invest and commit, this has now been scaled back to 9 EPPIC enhanced headspace platforms that will be launched over the next four years with the $241.5m investment package. This will also ensure that the majority of the Federal EPPIC funding will reach the consumer – under existing Federal-State funding arrangements, much of the money that flows via State health departments intended for community mental health care ends up diverted to fill holes in acute hospital budgets.

The other significant component of the 2011 Budget was $479m for Partners In Recovery. PIR aims to better support people with severe and persistent mental illness with complex needs and their carers and families by attempting to co-ordinate the support services they may come into contact with.

There are mixed views about the value of this large investment in part due to the lack of evidence in support of it. No new policy goals have been set to our knowledge for the future period. We would like the ALP to commit to the same policy settings as we have outlined for the Coalition.

The Greens' have announced a $552.6 million package for rural mental health that will ensure more country Australians are receiving the mental health care they need.

The Greens have recognised the need for innovative, community-based responses to overcome the growing disparity between city and country mental health services. However the package would benefit from more focus and is unlikely to be transformative and enduring.

The vaccination of children

In light of recent reports of measles outbreaks in Melbourne, we are reminded that measles, a vaccine preventable disease, is highly infectious and very dangerous. Individuals who have not been vaccinated, especially infants and young children, and individuals with impaired immunity due to other medical conditions, are especially vulnerable. Roughly one in ten children who contract measles end up in hospital with measles-related complications such as pneumonia, diarrhea and encephalitis, and between 1-3% of these children may die.

Vaccination represents one of the safest and most effective means of protecting our children against a range of devastating diseases including, but not limited to measles. The effectiveness of vaccination in maintaining disease control, including protection of unvaccinated individuals, depends on the majority of the community being immunised (herd immunity). Herd immunity helps protect babies and young children prior to them being fully vaccinated, and also the sick or elderly with reduced immune function and those individuals who, for legitimate medical reasons, cannot be vaccinated.

The previous system in which parents could refuse vaccinations for their children yet still receive the incentive sent a mixed message to the community and ultimately endangered lives.  Under the previous policy, the rate of conscientious objection increased by over 600% between 1999 and 2012.  In some regions of Australia, 8% of families refuse vaccination, leading to serious deficiencies in immunity to diseases and pockets of disease outbreak.

Other measures to encourage further increases in vaccination uptake are necessary.  For example, indigenous and socially isolated Australians continue to have lower vaccination rates.  One way to address this is to develop a system of home visits by vaccination providers, along with further public education into the safety and efficacy of this important form of preventative medicine. We encourage the government to use the funds saved through this new policy to support these additional activities and increase protection against vaccine-preventable diseases.

The government’s proposal to withdraw financial incentive payment for conscientious objectors receives the full support of the network of Australasian scientific societies listed above. These societies collectively represent approximately 4,000 members that include Australia and New Zealand’s most prominent researchers, clinicians and scientists working with infectious diseases and the means for their prevention.  We applaud government policy guided by solid scientific evidence. 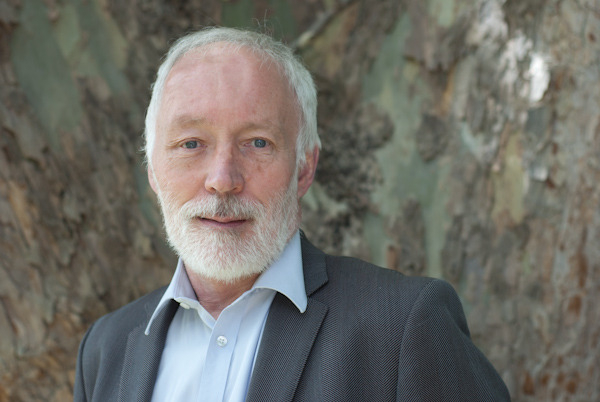