IMMIGRATION POLICIES are one of the most hotly debated issues between the major parties.

In earlier election campaigns, there has been some distinction between the Coalition and Labor on issues such as temporary protection visas (TPVs) and offshore processing, but in this election there is evidence of an even greater ‘turf war’ over more narrow aspects of asylum policy in particular.

The key elements of Labor’s policies on asylum seekers emerge from the recent Regional Settlement Arrangement (the so-called PNG Solution) and the Houston Expert Panel on Asylum Seekers.

Labor has announced that all asylum seekers who seek to reach Australia by boat will be sent to PNG for processing under the Regional Settlement Arrangement and, if found to be refugees, will be resettled in Papua New Guinea and not Australia.

Alongside this arrangement, the Labor party is also working on regional efforts to stop people smuggling. It has already increased the offshore refugee quota to 20,000.

With the implementation of the Regional Settlement Arrangement there will only be a minority of places allocated to onshore refugees who arrive directly by plane and seek asylum. No announcement has been made as yet as to what will happen to this group of asylum-seekers and to the people who remain in the community either on bridging visas or in community detention arrangements. Both groups have varying access to work rights and limited welfare support in some cases.

Recently, former Prime Minister Julia Gillard led a crack-down on rules for temporary workers on 457 visas, which the party has continued to support on the basis of alleged misuse of the visa scheme.

While the Labor Party dismantled the TPV regime in 2007 - a key point of difference with the Liberal party - it remains committed to non-reviewable and indefinite mandatory detention. The outcome of its review for refugees with adverse ASIO findings, led by Justice Margaret Stone, has not yet been put into its immigration policy platform.

The Labor Party has raised the profile of multiculturalism to a Ministerial portfolio and continues to support settlement services for refugees with limited access for migrants.

A Coalition government promises to establish a military-led response to combat people smuggling and to protect Australian borders.

The so-called Operation Sovereign Borders would be led by a senior military commander of 3 star ranking, who would report directly to the Minister for Immigration.

Operation Sovereign Borders would be directed by a Joint Agency Taskforce involving all agencies with direct involvement in border security. In its first 100 days of being in government, the Coalition promises to establish a headquarters for the Operation, authorise asylum seeker boats to be turned back when it is safe to do so, increase capacity at offshore immigration processing centres and lease and deploy additional vessels to relieve patrol vessels of passenger transfers.

The Coalition offers a return to the Howard-era of TPVs and a plan to deny the benefit of doubt to asylum-seekers who discard their identity documents. There is some indication that the appeals processes for asylum-seekers may be changed and the Coalition has made no explicit commitment to remaining a signatory to the 1951 Refugee Convention.

On the refugee processing system, the Coalition would explicitly prioritise offshore refugees through a majority (11,000) out of the 13,750 available places. Importantly, it would will set aside 1,000 places for vulnerable people, especially women. The Coalition has not committed to the increased quota of 20,000 which was recommended by the 2012 Expert Panel on Asylum Seekers.

Regarding immigration more generally, the Liberal party has been a strong supporter of the 457 Temporary Skilled Migration program and has hinted at expanding this visa category. It has not made any policy commitments on settlement services or multiculturalism.

The Greens oppose the so-called PNG Solution, describing it as "cruel". The party calls for an increase in Australia's humanitarian intake a target of 20,000 to 30,000, and says 3,800 of the new places should go to resettling assessed refugees directly from Australia's immediate region, including Indonesia.

The Greens are also calling for an extra $70 million per year to be spent on assessment centres in Indonesia, and for an increase in the capacity of the UNHCR in Indonesia and Malaysia to speed up assessements.

The Greens call for inclusion of environmental refugees in the 1951 Refugee Convention and highlight the opportunity to work with the United Nations High Commissioner for Refugees (UNHCR) on this and other matters, including ensuring more countries are signatories to the Refugee Convention.

The Greens calls for an approach which would focus on the benefits of migration including the value of Australia’s cultural, linguistic and ethnic diversity. On immigration, they support permanent migration, including family reunion, and emphasise the potential for regional and rural settlement of migrants and refugees. The Greens detailed policy platform makes mention of the need for settlement services for migrants and refugees (the former only receive limited services) and funding for migrant specific services. 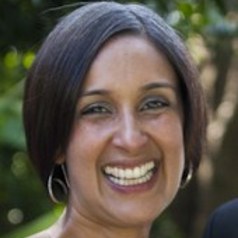