The push-and-pull pluralism of Indian democracy

Poll Primer: the parties, the policies, the players 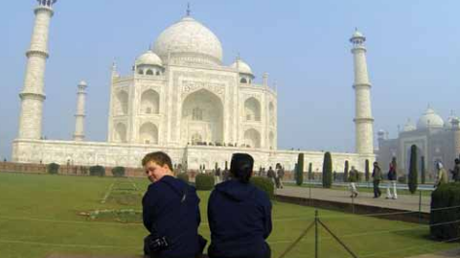 When historians write about the 2014 Lok Sabha election, they will be sure to include a chapter most likely titled “Impact of social media”.

This is an election in which political leaders feel it is as important for them to feed their timelines as hit the stumps, even though the numbers of Indians on social media is not that impressive. India has only 2.87 per cent of the total number of Twitter users in the world and 82 million Indians are on FB ( counted as monthly active users). Still, political parties are paying a lot of attention to devising online campaigns this year, as much as offline ones, possibly because they believe they are reaching out to young people this way. On Holi, India’s festival of colours, Twitter followers of Narendra Modi, the Bharatiya Janata Party’s prime ministerial candidate woke up to a Holi greeting card sent as a personalised direct message, complete with name. Party workers are right up there in creating hashtags that will get their leaders maximum hits on social media. Clearly, politicians are convinced that social media is influential.

They have certainly proved extremely sensitive to what is said about them on both FB and Twitter : two young girls in Mumbai were arrested in 2012 for a Facebook post against a shutdown enforced by a political party in the city for the funeral of its leader. A December 2012 demand by the Indian government that Facebook, Yahoo, Google and Microsoft must block some sites was linked to material critical of the Congress and its top leadership, but the government said it was forced to act because of “hate speech” that could create communal disharmony.

Social media has added more colour and stirred up its share of controversies in this election.

After Narendra Modi’s public rally in Jammu where he said that three AKs were enough to keep terrorism alive in Kashmir – “Pakistan’s AK47s, [Defence Minister] A K Antony, and Arvind Kejriwal” -- and also described Kejriwal as AK49 in a reference to his short-lived Delhi government (it lasted 49 days), Twitter was where the Aam Admi Party leader first hit back.

“Did Modi ji call me an agent of Pakistan and AK 49? Kya PM ke daawedar ko ye bhasha use karna shobha deta hai? .....(Should a prime ministerial candidate be using such undignified language…?)” he posted on his timeline. In a series of subsequent tweets, Kejriwal accused Modi of not responding to any of the substantive political and economic issues of the day, and taking recourse to using “foul language” against him.

Sushma Swaraj created a few ripples when she expressed unhappiness about the party’s association with scandal-tainted politicians on her timeline. “I want to make it absolutely clear that B.Sriramulu has been admitted in the party despite my stiff opposition,” she tweeted. The dissent-hit party ignored it but it gave BJP opponents a few moments of cheer that the differences in the party were coming out in the open.

Or take BJP president Rajnath Singh’s tweet that seemed to deviate from the accepted line that Modi will be Prime Minister if BJP gets to form the next government. “Time for Change, Time for BJP – abki baar bhajpa sarkaar (this time, a BJP government)”, he tweeted last week with a poster of himself.

Observers were quick to point out that the BJP president had not tweeted “Abki baar Modi sarkar (this time, a Modi government),” the official slogan of the party. Within minutes, Mr. Singh had corrected himself on Twitter. But it still prompted headlines such as: “For 33 minutes, Rajnath Singh topples Modi sarkar (government)”.

Indian politicians have taken to social media rather well, especially Twitter, even if they were late in signing up, almost two years behind counterparts in the United States. Shashi Tharoor, the savvy Congress politician from Kerala, a former United Nations under secretary-general, took the lead along with Modi (both have had accounts since 2009).

Although Tharoor got a roasting for one of his very first tweets about the miseries of travelling “cattle class” on account of government austerity measures, he likely inspired the subsequent stampede of politicians to Twitter with the following he was racking up, and the possibilities that this opened up -- his 2.13 million followers won him a place among the “15 most followed politicians” in the world, a list topped by US President Barack Obama.

Recently hit by a personal crisis that ironically also began on Twitter, Tharoor has been outstripped since then by Modi, who has 3.61 million followers; Kejriwal counts 1.55 million followers. Swaraj, who has close to a million, coyly tweeted earlier this month that she was now on Facebook as well.

Besides politicians, their followers fight it out in a million twitter wars daily. The battle between #Pappu (a popular nickname for small boys in north India, which Modi’s Twitter followers have given Rahul Gandhi) and #Feku (Congress supporters’ name for Modi, and means someone who fibs a lot) is one of the longest running hashtag wars in the Indian twitterverse. But as @ps_nitin  tweeted: “Arrival of AK49 has virtually ended Pappu vs Feku debate.. now it’s between AKvsNaMo..”

For an idea of how big election campaigning on social media has become, consider that the Election Commission of India recently ordered candidates and political parties to turn in details of their participation on these platforms, so that it could audit them for election code violations.

It’s more than a little surprising then – astonishing actually -- that Rahul Gandhi, Congress’s projected face of young India, does not have a twitter handle. In fact, he must be the only A list political leader without one, though his supporters have set up a handle called @BewithRG. It has a paltry 72,000 followers. The Congress vice-president is not on Facebook either, but he did bow to a Google hangout with Congress supporters earlier in March, much to the relief of his supporters worried about his complete online absence.

Though it is what politicians with large followings on social media would have us believe, there is no evidence to positively correlate social media preferences for certain politicians with their election performance (also, there could be thousands of ghost followers hidden in those numbers).

Last year, a study concluded that social media could swing votes in 160 of India’s constituencies (read about the study here) where the number of Facebook users exceeds the margin of victory in the last election, or constitutes 10 per cent or more of the voting population. But as this rejoinder swiftly pointed out, there is no way of measuring how many of those FB users are voters.

Opinion on social media’s power as a campaign tool though is divided. Shaili Chopra, author of the book “The Big Connect- Politics in the Age of Social Media” wrote in this article that campaigns on social media can be a powerful way of attracting new and young voters. But with Internet penetration in India still under 200 million and skewed in favour of big urban centres, that would necessarily mean youth in cities. Conquering the youth in India’s vast hinterland might still require traditional campaigns, though mobile phones (more than half of India’s 1.2 billion population owns one) offer an alternative.

If there is one party that has used social media successfully for its own ends, it has to be the new kid on the block.  AAP mobilised supporters exceptionally well through Facebook and Twitter to raise funds for the party and drag the capital’s middle class voters out of their homes into polling booths, both of which contributed enormously to its extraordinary debut success in the December 2013 Delhi elections. Given the income categories of internet users in India, and its own middle class constituency, AAP has an edge over the parties when it comes to social media. But AAP also demonstrated a new use for a mobile phone. When the party was still undecided whether it should form the government, Kejriwal asked people to text in a Yes or No, probably the first time in the world a government was formed by SMS.