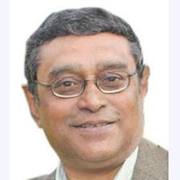 Gujarat Chief Minister Narendra Modi has emerged as the central figure of India's general election. A controversial politician who has his share of fanatical devotees and blind critics, Modi has turned many of the assumptions governing Indian politics on its head. In this public lecture - delivered for the Australia India Institute at the University of Melbourne on May 12 - veteran Indian political commentator Swapan Dasgupta surveys the political and economic landscape that has contributed to Modi's appeal in different parts of India. If Modi is elected tomorrow (May 16), will public life in India be unalterably changed? What does a Modi-led India mean for the outside world?

Swapan Dasgupta is a political columnist and public policy analyst with 27 years experience based in New Delhi (India). His columns on contemporary India are published in The Telegraph, Sunday Times of India, Asian Age, Deccan Chronicle, Pioneer, Jagran and Free Press Journal. In addition, he is a regular commentator on politics on Indian TV news channels, NDTV, CNN-IBN, Times Now and Headlines Today. He has participated in roadshows on India’s political economy hosted by Deutsche Bank Equities and CLSA in Mumbai, Singapore and Hong Kong.

Dasgupta has occupied important editorial positions in major Indian newspapers and weeklies including Times of India, Telegraph, Indian Express and India Today. He was the London correspondent of Indian Express from 1995 to 1996. He was Managing Editor of India Today until 2003. In addition, he has been published in the Wall Street Journal, Tehelka, The Hindu and New Statesman. A specialist in Indian politics, Dasgupta has been on TV panels in every general election since 1998.