The 2014 Indonesian Election: Explaining the Results 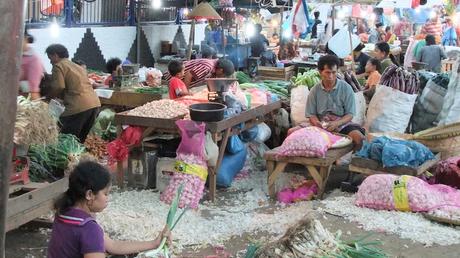 The below is a summary of Dr Tomsa's presentation at the Melbourne Law School on Monday April 14.  A full wrap up of that event can be found here.

Indonesia is widely regarded as the most democratic country in Southeast Asia today. But as the rather lacklustre second and last term of President Susilo Bambang Yudhoyono (SBY) draws to an end this year, the country is in need of urgent reforms, ranging from social, education and environmental policies to reform of the bureaucracy and the police. Unfortunately though, and contrary to widespread expectations, last Wednesday’s parliamentary election did not exactly boost hopes that these reforms will be forthcoming once Yudhoyono leaves office in October.

Opinion polls in the run-up to the election had predicted a massive win for the Indonesian Democratic Party of Struggle (PDI-P) after it had nominated the popular and reform-minded Jakarta governor Joko Widodo (Jokowi) for the presidency a few weeks before the parliamentary election. But quick count results released on election day showed that the party fell well short of its target of 27% of the vote. While PDIP did reach the highest number of votes, the (still unofficial) result of just under 20% must have felt like a defeat.

As the rather lacklustre second and last term of President Susilo Bambang Yudhoyono (SBY) draws to an end this year, the country is in need of urgent reforms

PDI-P’s failure to capitalize on the Jokowi effect can be attributed to a range of factors including, among others, the reluctance of some party elites to fully utilize Jokowi as the main drawcard during the campaign and the impact of concerted attacks on Jokowi’s credibility in the mass media. But arguably the most convincing explanation points to the effects of the electoral system on voting behaviour. Indonesia’s open party list system fosters personalistic voter-candidate ties rather than loyalty to a party or its national leaders.

Detailed figures about constituency-level results are not yet available, but it does indeed seem likely that voting behaviour was driven primarily by concerns about local constituencies and candidates rather than broader national politics. Jokowi, many voters apparently reasoned, will matter when the presidential election is held later this year, but for the legislative election, it is the local candidates and their clientelistic networks that matter most. PDI-P candidates, it now seems clear, were often just not well-enough connected at the grassroots to produce the kind of result the party was aiming for.

If the election poured cold water on PDI-P’s aspirations, it will have delighted most of Indonesia’s Islamic parties. All but one of Indonesia’s five Islamic parties managed to stop the downward spiral of previous polls and secured somewhat unexpected gains. Reaching vote shares of 6-10%, they still fared worse than most secular-nationalist parties such as the ever-resilient Golkar Party, the Greater Indonesia Party (Gerindra) and the party of outgoing president Yudhoyono, the Democratic Party.

But after years of losing support, Islamic parties will be pleased that they were able to prove all those pundits wrong who had predicted their demise in this year’s election. Like PDIP’s disappointment, the relative success of the Islamic parties can probably be best explained as a result of constituency-level dynamics. Without promising presidential candidates, these parties placed more emphasis on recruiting well-connected legislative candidates and were rewarded for this strategy with modest but consistent gains.

Jokowi may still become president...But if he takes office in October he will be confronted with a parliament in which his own party commands a much smaller fraction of the seats than anticipated

Looking ahead to July, Jokowi may still become president. In fact, he probably will. But when he takes office in October he will be confronted with a parliament in which his own party commands a much smaller fraction of the seats than anticipated. Moreover, alongside the PDI-P legislators there will be representatives of no less than nine other parties, all of which received a vote share of between 5 and 15%.

With such a highly fragmented parliament, Jokowi will need to prepare for many long and onerous negotiations with the legislature, a scenario all too familiar from the Yudhoyono years. Not exactly the best preconditions to kickstart much-needed reforms in Indonesia.

Dr Dirk Tomsa is a Senior Lecturer in the Faculty of Humanities and Social Sciences at La Trobe University, and an expert on Indonesian politics and society. This is a summary of his presentation to the public lecture "The Indonesian Election: What Really Happened" (14 April 2014) hosted by the Centre for Indonesian Law, Islam and Society and the Electoral Regulation Research Network at the University of Melbourne.

Thumbnail image provided by Flickr/Department of Foreign Affairs and Trade.