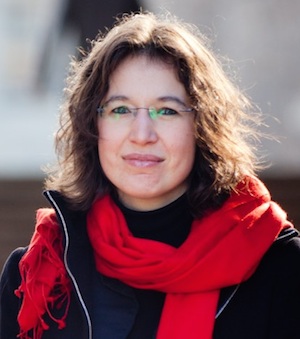 We have heard it all before: no-long term vision expressed by politicians, pork-barreling just before an election and the two major parties outbidding each other. So what is new in education policy in this election campaign?

Victorians had to notice that both current state and federal Governments have walked away from public education, completely. The answer is as simple as it is obvious now because most Victorian parents have chosen to send their children to public schools and that’s what they talk about.

Let us look closer: We had one article on Election Watch questioning whether we will see an end to the Education Premier?

The author argues both leaders have a rather “mundane policy focus on ‘bricks and mortar’ issues like school infrastructure …” This is a great point, but upon inspection this is far from mundane. People within the education arena just want to get on with Gonski, have fully funded government schools according to need, and go beyond it to look at all the issues that have no direct funding dimensions to them. And wouldn’t it be nice if we could just move on?

In recent weeks local and state newspapers have reported on many ‘bricks and mortar’ funding announcements for schools. Public schools have become ‘announceables’ – an announcement by political parties in relation to funding new schools or parts of them in some suburbs or regions and commitments to non-sale of school land in others.

But what exactly does that tell us? It means the state of Victoria has stopped planning for the provision of public schools in any definable, coherent and enforceable way otherwise there would be nothing to announce. This has been proven in this campaign. Worse, no one aspires to it.

There is no research into the politicisation of funding of public school ‘bricks and mortar’.

The mess is considerable: Land in new suburbs has not been purchased or has become unaffordable to Government so new schools cannot be build. Municipalities compete over need in fast growing areas. Some principals are occupied by fine-tuning their funding advocacy skills or have become entrepreneurs of school re-zoning or despair. Yet, even getting an announcement is still not reality. Promises are made and not followed up. In fact, announcements can be made on top of announcements without any ever reaching the budget cycle and becoming allocated, as Beaumaris can attest.

While public schools used to be something people could opt out of - (if they wanted), now many families can no longer opt in.

Gauging the level of such unmet demand is difficult as the area is under-researched but in the Banyule area alone nine schools were closed in 20 years and demand can be proven.

Northcote High School principal Kate Morris said upon the opening of Coburg High: “The new Coburg Junior campus has not made a dent in demand for places at Northcote High. We had 470 applications for Year 7 and had to turn away 170. We accepted 300 - an increase of 50 (two classrooms) above our normal intake of 250”.

So when parents hear education policy should be about more than bricks and mortar they rightly feel confused as even ‘bricks and mortar’ are not a given. Essentially parents now rely on themselves, vocal principals, isolated MPs and local campaigns to get heard and inequities abound.

Parties seem to think by adding the prefix ‘21st century’ onto schools in campaign materials and removing the prefix ‘government’ from schools in Metropolitan Planning Authority’s Plan Melbourne that citizens will not notice their lack of serious educational engagement. They begin to suspect privatisation by stealth.

To be fair, however, we are dealing with more than the thinning out of policy language or the “parties failing to address core education issues”. System leverage keeps not being exercised. A step in the right direction would be an Education Ombudsman who will tell us what we are making available, how, to whom and when just like any other industry has an Ombudsman or Commissioner to observe minimal access and standards.

"J. Wilberforce Stephen, the minister who introduced the act, emphasized that the “three cardinal points” of the proposed act were that state education should be secular, compulsory and free, in that order. But there was a striking omission in the 1872 act – the failure to define “education”. This deficiency remains in its latest incarnation, the Education and Training [Reform] Act (2006)."

If Victoria relies on education as an export good and study after study proves that we are getting better value for money and outcomes from public schools, why are we so determined to neglect them and the majority of Victorian students who attend them? Shall we wait until Victorian parents vote with their feet and refuse to spend $500,000 dollars on private education and put their money instead into tertiary education or their children’s first business?

What we can be sure about is that parents do not want public schools that are more ‘independent’ or autonomous. They want public schools that are close to home, not overcrowded and underfunded, high quality and high in equity, and open to even the poorest families who struggle to afford public education. These schools do the heavy lifting in terms of equity, and they are nation building entities no matter what we do to them because, like us, they really have no choice.

Dr Lea Campbell is Internships Co-ordinator for the School of Social and Political Sciences, The University of Melbourne; co-founded Geckos Inc, a not-for-profit German language school for all ages; and is a founding member of Our Children, Our Schools (OCOS).