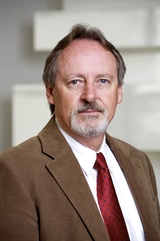 With just days until Victorians cast their vote, education continues to be at the forefront of policy pronouncements from both major parties with millions of dollars of funding promised during the campaign.

The sector is facing a number of significant issues from pre-school right through to tertiary education.

In the pre-schooling years there is the challenge of providing an equitable start through the provision of universal early childhood education. In the schooling sector we face the challenges of a general decline on international measures of student achievement growing, in equity in school resourcing and a widening achievement gap. There are concerns over the quality of teacher preparation and of funding for teachers' continued professional development.

Improving the quality of teaching as well as placing teachers where they are needed most are key challenges. There are also issues associated with both surpluses and deficits in certain categories of teachers. We appear to have a glut of primary teachers yet a shortage of teachers in secondary maths, science and languages. Overall there is a lack of effective workforce planning in teacher education.

In technical education, at a state level we have the challenge of cutbacks to TAFE funding in the context of skills shortages in certain areas. There is also pressure on TAFE colleges to place themselves on a more commercial footing. In universities reduced government support poses severe challenges, new forms of competition and a potentially far more deregulated sector.

Much has been made of the level of spending in school education and attempts have been made to correlate this with declining performance. However as the Gonski review of school funding highlighted, it is not just a matter of how much is spent on education but how we target that spending.

Overall the policies and plans of the major parties largely avoid the big issues in Australian education.

Labor has campaigned hard on education this election, placing major emphasis on skills, TAFE and VET. Responding to the cuts made by the present state government to TAFE and training pathways, the policy promises 10 new ‘Tech Schools’ across the state for years 7-12 students – focused on local industries and to be run by local schools, TAFE, universities and industries.

Despite heavy campaigning by the Opposition on TAFE, it fails to even rate a mention in the Liberals’ education material, as does university education and VET.

Labor’s approach to schools is essentially about greater spending on school building and maintenance, ‘breakfast clubs’ at 500 government primary schools across the state, funding school uniforms for ‘struggling families’, eye testing and glasses in 250 of the most disadvantaged schools in Victoria, and assisting with funding for camps and excursions.  In the last weeks of the campaign Labor has also announced a doctors in schools plan, whereby doctors would be placed in 100 public schools for one day per week.

No doubt these are all worthy initiatives, particularly for disadvantaged schools and families, but the policy is silent on actual teaching and learning.  There is no mention of high impact factors such as the quality and provision of pre-service and in-service professional development for teachers, developing and implementing the curriculum, improving school management, leadership and accountability and lifting teacher and school performance – all things that research tells us have a major influence on improving student learning.

The Liberals have also seemingly ignored best-practice research in terms of education with a light-on-detail policy wrapped up with its health policy. While described as a plan, it is a plan largely in name only.

It promises giving  ‘greater control to school communities’, a popular panacea for lifting school performance internationally and now nationally with various attempts to give schools greater autonomy such as the federal government’s plans for increasing the number of ‘independent public schools’. Unfortunately the international research literature on giving schools and their communities greater autonomy – over what is not detailed - is at best ambivalent and more commonly non-supportive.

The Liberal  ‘plan’ also speaks of ‘better training’, presumably for teachers and hopefully for both pre-service and in-service teacher (and principal) professional development but detail is lacking.  The plan also mentions specialist maths and science teachers, presumably primary but also hopefully helping to ease the serious shortages of maths and science teachers in secondary education.

Plans to build 24 new schools - and ‘major upgrades to hundreds of others’ - is good news, particularly in growth areas and in areas experiencing demographic change, although finding space for such schools in high demand areas such as North Melbourne will be a challenge with many suitable sites were sold off long ago.  On the subject of school ‘upgrading’ this too is welcome news although one is tempted to question why the Coalition government hasn’t committed to this earlier when it had the opportunity.

There is also mention of a coalition ‘Supporting Families package’ and ‘Primary School Welfare Officers’ and a new ‘kindergarten rebate’ but actual details on what these entail is lacking.

Elsewhere the Greens seem to have put together a long shopping list without prices attached for their education policy.  While their general ‘aims’  - 61 in total – are aspirational, worthy, hard to argue against and would apply equally to any setting in Australia, it lacks actual detail.

There is no sense of priority, of strategy as to how the various aims are to be achieved, nor of costing. The policy as it is would appear to have been generated by focus groups and would require major work prior to any attempt at implementation but then the Greens are unlikely to find themselves in that position.

Leaving the Greens aside, the two major parties are placing a major emphasis on school facilities and in particular support for disadvantaged schools, which is admirable. However there is virtually no reference to early childhood education. In school education, the issue of supporting teachers to be more effective in practice through professional development - something we know is a high-impact factor in student learning - is ignored. Likewise the key issue of leadership development and support, another high-impact factor, is also absent from the policies of the two major parties. That said, the Liberal plan could be interpreted as being supportive of teachers’ professional learning but the detail is lacking.

Overall the policies and plans of the major parties largely avoid the big issues in Australian education although the emphasis on disadvantaged schools, communities and families inherent in the Liberal and Labor policies would go some way towards addressing the challenges posed by disadvantage. Lack of detail however makes it difficult to be more definitive in assessing the respective policies.

Professor Stephen Dinham OAM holds the Chair of Teacher Education, Melbourne Graduate School of Education, University of Melbourne and is national President of the Australian College of Educators. He is not nor has ever been a member of a political party.