The end of ‘the education Premier’ 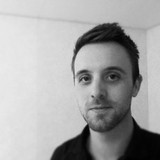 When it comes to education policy and schools, the Victorian election campaign has been an uninspiring affair. Both Premier Denis Napthine and Opposition Leader Daniel Andrews have cited education as a key reform pillar, yet a closer look reveals a mundane policy focus on ‘bricks and mortar’ issues like school infrastructure, first-aid programs and school governance models.

Nowhere do we see a grander vision for education, an engagement with issues of learning and teaching, or a sense of what it might mean to be an educated state and citizenry. Most notable is a lack of vision when it comes to the traditional big issues of schools: curriculum and teaching.

This perfunctory approach stands in contrast to decades past, in which Victorian Premiers presided over landmark reforms such as the establishment of the Victorian Certificate of Education (VCE) in the 1980s, or the development of the Victorian Essential Learning Standards (VELS) in the 2000s.

It is too easy, however, to blame the major parties for a lack of political vision, as their responses are actually symptoms of a broader set of changes in Australian education, which is seeing an increasing number of major education reforms formulated at the national level.

The past decade has also seen both Labor and Liberal governments at the federal level operate in increasingly coercive and opportunistic ways in order to “incentivise” states and territories into adopting national reforms.

The result is that state education policies are dictated to a larger extent than ever before by the federal government. For example, Napthine’s recently announced school governance reforms are largely driven by the federal Liberal Party, with recent funding of $16 million announced to make schools more autonomous under the Independent Public Schools initiative.

The past decade has also seen both Labor and Liberal governments at the federal level operate in increasingly coercive and opportunistic ways in order to “incentivise” states and territories into adopting national reforms.

The changing nature of education governance in Australia raises serious questions about the future role of states in education. States and territories clearly have important and often powerful roles to play in contributing to the direction of national reforms, yet these roles are different from those of decades past.

State governments might now be described as co-creators of education reforms, a role that engages states in never-ending processes of intergovernmental negotiation and compromise. This might be a good thing, as there are compelling arguments for adopting greater national consistency in areas such as curriculum and teaching.

But are we seeing the beginning of the end for state-level education departments and agencies when it comes to policy development? Have we seen the last of the education premiers?

The rise of ACARA, for example, is arguably re-positioning state curriculum agencies as implementers rather than developers of curriculum innovation. This explains why the Victorian public has heard barely a whisper from either Napthine or Andrews about curriculum.

We must not forget, of course, that Australia is a federal system in which states retain constitutional responsibility for education. Technically, Napthine and Andrews should be worried about curriculum and teaching.

The reality, however, is that the new era of national cooperation places significant constraints on the policy responses available to states, and castrates the potential of premiers and state education ministers to make their mark on education policy.

There needs to be a national debate about the roles and responsibilities of federal and state governments in education policy. The issue will surely receive greater attention as a result of the current White Paper on the Reform of the Federation.

In the meantime, we should not be surprised by the lack of vision expressed by the Labor and Liberal parties when it comes to education and schools, but view it instead as an artifact of our increasingly national times.

Dr Glenn C. Savage is a Researcher and Lecturer in Education Policy at the University of Melbourne.