Journey into the future: A vision for public transport 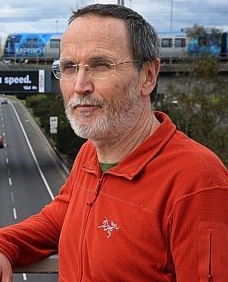 Faculty of Architecture, Building and Planning 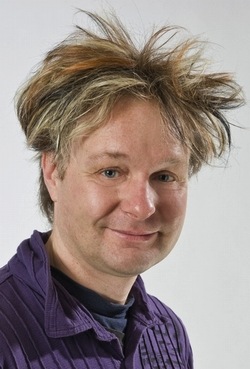 In Melbourne, with our population growing towards five million and beyond, strong public transport networks, built around high-capacity suburban rail lines and effective bus connections, are the essential core of a transport system that will meet our social and economic needs.

The evidence from around the world shows that the cities that build their transport systems around public transport find that transport costs are less of a drain on the regional economy than those that put the car at the centre of their transport plans. This is in part because of the huge public cost of building and maintaining roads, combined with the private costs of owning and running the family fleet of cars. It is also because of the high cost of the social isolation endured by the young, the old, and the increasing number of people who are cut off from jobs, hospitals, and social networks.

Public transport, along with cycling and walking, is part of the solution to transport’s contribution to the climate emergency, the reality of which we are experiencing with increasing frequency.

Public transport performance in Europe and Canada demonstrates that it is possible to approach the ideal of ‘go anywhere, anytime’ public transport at a cost that is acceptable to politicians and the wider public.

There are signs that growing congestion is eroding the apparent convenience of the car and creating a mood for change. The University of Sydney’s regular Transport Opinion Survey showed that, in February 2014, 45 per cent of Victorians regarded public transport improvements as the highest priority transport issue, with road improvement the highest priority for less than 20 per cent of the population. There is a striking difference between recent poll support of only 28 per cent for the East West Link project and the majority support for construction of City Link in the 1990s. The vote for promises of better public transport in the marginal seats along the Frankston train line at the 2010 State election is further indication of this new public disposition.

Sadly, senior Government and Opposition politicians in Victoria are lagging behind: they pay lip service to the mood for change while, overtly or covertly, pursuing the construction of insanely expensive road projects.

Since the 1960s, planners have assumed that the vast majority of passenger and freight movement around the Melbourne urban region will be by car and truck, and we have built the roads to try to make this possible. We have also allowed the political influence of developers to weaken land-use controls so that the city no longer has an effective residential growth boundary and, perhaps even more significantly, the locations of suburban commercial and service destinations are now widely scattered.

Growth in road freight is a major cause of urban congestion. This is the explicit result of official plans that have co-opted the language of ‘integrated transport and land-use’. ‘Integration’ in the plans of the 1980s and 1990s did not mean schools close to railway stations. Instead, it meant the encouragement of road-based logistics and industrial development around the circumferential freeway and arterial road network. At the same time, these new roads were sold to the public at successive elections as the ultimate cure for congestion.

Plan Melbourne, the State Government’s latest plan for the city’s growth to 2050, takes us further along this path. It uses the latest progressive urban planning buzzwords such as the ’20-minute city’, while committing us to more trucks and more suburban sprawl.

We do not have space here for a full analysis of the alternatives to Plan Melbourne. However, we can provide some directions for changes, both politically and in practical assessment techniques which are needed to rebuild confidence in transport planning in Melbourne. Such change is necessary to set us on the path to significant growth in the use of public transport, and, in turn, to better returns for the economy, the environment, and our social well-being than building more and more expensive roads.

Putting the user at the centre: Planning for new public transport networks

The first step to a sustainable transport solution for Melbourne is to understand that we can provide effective and efficient alternatives to the car without rebuilding the city at higher residential densities. For an articulate and well-researched argument for this, every aspiring activist or planner should read Paul Mees’ Transport for Suburbia. This analysis is supported by work by others who show that, rather than residential density, the major land-use requirement for greater public transport use is the concentration of commercial and social destinations around transport nodes.

This is an aspiration of Plan Melbourne, and one supported by other authors in this volume (Melbourne: What Next?). It is also one that, to succeed, will need stronger land-use regulations to curtail the desire of developers to build more and more apartments near stations.

Next, if public transport is to become a realistic alternative for people in the middle and outer suburbs, we will need reliable, fast, and frequent services linking destinations in circumferential, as well as radial, directions, As many previous analyses have shown, the obstacles are largely political and institutional (links Davison, 2004; Low & Astle, 2009; Stone, 2009).

Change will require the emergence of political entrepreneurs who can harness the public mood for change. However, the big shift will need to come from within the agencies that plan and deliver our transport systems. We will need to throw off the deeply embedded assumptions that public transport is only for the inner city and for commuter journeys to jobs in the Central Business District.

Public transport performance in Europe and Canada demonstrates that it is possible to approach the ideal of ‘go anywhere, anytime’ public transport at a cost that is acceptable to politicians and the wider public.

The key to understanding how some cities can get good returns from their investment in public transport is the ‘network’. The quality of a network depends on the planners’ skills in using available budgets to create fast and frequent connections between bus, tram, and train lines to link the largest number of possible origins and destinations within a travel time that competes well with the car.

In Melbourne, this will mean making better use of the existing arterial road network, with on-road priority for buses. It will also mean re-organising existing bus routes into more logical and better-connected lines.

An effective and efficient public transport network will mean that passengers will need to transfer between services. Therefore, a key planning objective must be the removal of obstacles to easy movement between bus, train and tram. Such a change will challenge many of our current practices.

For example, the current operational focus on revenue protection, which leads to suburban stations typically having only a single entrance, is just one policy that works against easy transfers. Compare this to the approach to ticketing in German-speaking Europe, where, through heavily discounted monthly and annual tickets and the deployment of many low-cost validating machines, station platforms in suburban and central locations can be completely open. Passengers can easily reach connecting buses or and walk into surrounding streets and open space, and, with appropriate deployment of ticket inspectors, revenue losses are of the same order as in Melbourne.

To build Melbourne’s public transport system for the 21st century, we must move beyond incremental service improvements or the isolated insertion of additional infrastructure. We will need to transform public transport planning to create ‘user-oriented’ networks. And, we must put public transport, not road construction, at the centre of ‘city-shaping’ development agendas.

The transition to a user-oriented approach requires considerable effort to overcome the intrinsic resistance to change in the operation of something as complex as a large urban public transport system.

In Melbourne, the new structure of Public Transport Victoria has allowed some positive change towards network thinking. However, it emerged after the hasty adoption of a Greens policy initiative by the Coalition before the 2010 election and it has little of the real independence and political support that it requires to lead effective change.

In the past, public transport planning processes have been driven by a combination of political expediency and a focus on major infrastructure rather than the creation of effective networks for the middle and outer suburbs. The resulting inefficient use of public investment has sapped the confidence of politicians and the community.

The next big public transport investment will need to be more than just a piece of headline-grabbing infrastructure. It will need to be a total package that builds the platform for the transformation of the operation of the whole network from the old industrial model into a 21st century ‘user-oriented’ service. It will also need to deliver a quantum shift in public transport accessibility in the middle and outer suburbs beyond the current rail system. This focus on the middle suburbs is vital because, as many other contributors have argued, it is here that an equitable and sustainable future for Melbourne must be created.

After generations of decline and failed promises, successful pursuit of these new directions will require not just new and transparent assessment processes, but also professionals and politicians willing to work with the community to re-build public confidence in public transport.

John Stone is a lecturer in transport planning, Faculty of Architecture, Building and Planning at the University of Melbourne.

Jan Scheurer is a senior research associate at the AHURI-RMIT Research Centre and a senior lecturer at the Curtain University Sustainable Policy Institute.

This article – co-published by The Guardian Australia: Victorian Election Countdown – is an edited extract from a forthcoming e-book Melbourne: What Next?. The e-book will be available for free download from the website of the Melbourne Sustainable Society Institute from 6pm on 13 October.