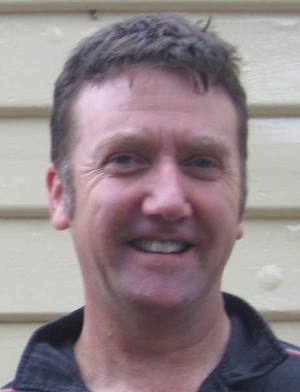 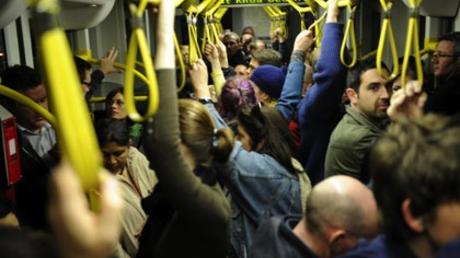 Journey into the future: A vision for public transport

The majority of Victorian voters support same-sex adoption, more funding for TAFE, the right to wear the burqa and a ban on jumps racing in the state. There is also substantial support for for the East West Link, despite Labor leader Daniel Andrews’ pledge to scrap the road.

These are the findings from the 2014 Victorian Vote Compass survey, which to Friday morning had more than 152,000 responses. A joint project between The University of Melbourne and the ABC, the survey helps to compare voter sentiment with party policies.

One of the key findings of the survey was on attitudes to the scrapping of the East West Link. This has become a key point of difference between the three parties – with the Coalition strongly disagreeing (that the project ought to be cancelled); Labor “somewhat” agreeing; and the Greens “strongly” agreeing. It is also sees Labor and the Greens vying with each other for important votes.

The Coalition can be reassured that almost half (46 per cent) of voters disagree with the statement: “The construction of the East West link road tunnel in Melbourne should be cancelled”. Thirty-five per cent agree with cancelling the project and 20 per cent are either neutral or unsure. Cancellation of the project has strong support amongst both Labor and Greens voters.  Among Labor voters, 53 per cent are in favour of cancelling the project, with around 40 per cent strongly in favour. The results are similar among  Greens voters, though slightly more (57 per cent) put themselves down as in favour of stopping the construction.

Another interesting issue is union influence. Here, the results suggest that the Coalition and Greens party positions are not exactly in tune with public opinion. While the Liberals have made reducing union power one of their key issues, the public is lukewarm on it.

On average 47 per cent of voters say unions ought to have less influence, but only 27 per cent say they should have much less. However, almost half wanted union influence to stay “about the same as now” or to increase.

Vote Compass has provided interesting results on other issues such as education, same-sex adoption, multiculturalism, abortion, jumps racing, and – for the first time in Australia – AFL (this is Victoria after all). There was a left-right split on education and same-sex adoption. With regard to education, Labor and the Greens were found to have the same view, believing that much more money ought to be spent on TAFE. In contrast, the Coalition want about the same funding that exists now. The survey shows that voters support the Labor/Greens position; with 78 per cent wanting increased funding.

With same-sex adoption, Labor and the Greens strongly agree that couples should have the right to adopt, whereas the Coalition is neutral. The majority of voters support it, according to the survey. Victoria’s abortion laws were reformed in 2008. This ensured equal access to all health services for all women, including contraception and contraceptive advice, and access to legal abortion with counselling on the personal and medical issues involved. All parties believe that abortion laws ought to remain about the same as they are now. However, 44 per cent of Victorians want less restrictions.

On multiculturalism, Vote Compass asks for a response to the statement “the Burqa should be banned”. The majority of voters (51 per cent) disagree, however significant responses occurred at either extreme with 36 per cent strongly disagreeing and 22 per cent strongly agreeing with a ban.

On jumps racing, the Greens best represent the views of the majority of voters, with results showing 55 per cent of voters want the sport banned and only 20 per cent are opposed to any ban. (ABC, http://www.abc.net.au/news/2014-11-06/most-victorians-want-jumps-racing-... ) The Greens strongly agree with a ban, whereas Labor is neutral and the Coalition is strongly opposed.

With regard to football, there appears to be little significant correlation between voting intention and support for a particular team. The exception is the Western Bulldogs where significantly more of their supporters support the Labor party compared to other parties. People who did not follow any team were more likely to support the Greens.

Given the responses of voters to the Vote Compass questions it will be interesting to see how things unfold on Saturday – particularly in the inner Melbourne seats where the fight over the East West Link has been most fierce.

Jack Roberts the research officer for the Vote Compass project in the School of Government at the University of Melbourne. He also teaches in the School of Social and Political Sciences and in the Media and Communications program (School of Culture and Communication) and is manager of the website for the Roger Coates Labor History project. He is currently completing PhD research on the role of public relations in issues of public security.