Liberals launch: In search of a game-changer 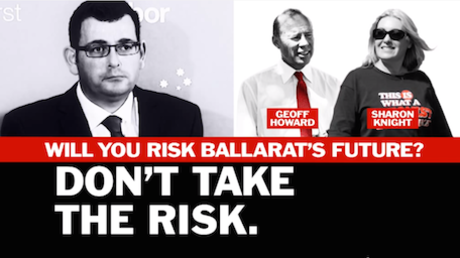 Liberals: 'Will you risk Ballarat's future?' 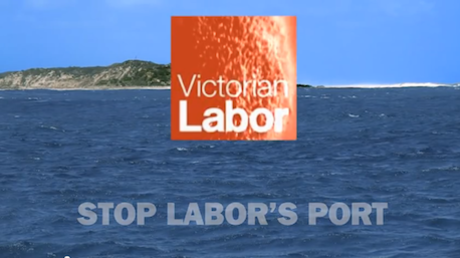 'Stop Labor blowing up the bay' 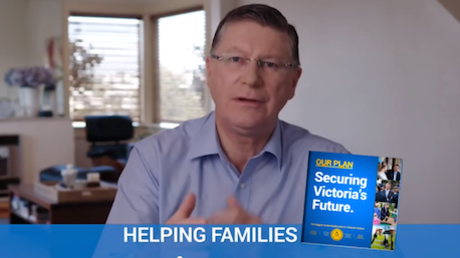 'The value of family'

Twenty days out from the election, and behind by an average of eight percentage points in the three most recent opinion polls, the Liberal Party needed a game-changer. Sunday’s campaign launch in Ballarat didn’t look like one.

All the predictable ingredients were present.

A member of the Premier’s family, Dr Napthine’s son Tom, introduced his father to the microphone. No high-profile occasion in this election campaign seems to be complete without the party leader’s family being drawn briefly, if not always sensitively, into the spotlight.

Heartfelt though his sentiments undoubtedly were, Tom’s reference to a childhood dulled by outings in which his father made boring speeches was not perhaps the most auspicious prelude to the Premier’s set-piece address.

All the predictable props for the set piece were in place.

In the front row, tactfully separated by the Victorian State Liberal Party president, Mr Tony Snell, sat the two most recent past Liberal Premiers of Victoria - Ted Baillieu and Jeff Kennett. Their relationship has been strained since Mr Kennett criticised Mr Baillieu’s handling of the job of Premier in early 2013, not long before Mr Baillieu resigned his position.

There was a great deal of blue. Dr Napthine wore a pale blue tie with dark blue dots. Behind him on the stage, seated like a choir singing from the same song sheet, were rows of party faithful holding blue placards bearing messages such as “200,000 new jobs”, “strong economy” and “helping families”. And all this was set against a vast blue backdrop repeating the messages about the economy, jobs, and families.

The campaign speech itself was a mixture that reflected the overall Liberal campaign strategy of denigrating Labor and then making some modest promises.

There was a carefully targeted order for 12 new trains that might forestall the threatened closure of the Alstom train assembly works in Ballarat, as part of $3.9 billion in promises for more rail and tram rolling stock.

There was a carefully untargeted $100-per-child rebate on kindergarten fees which, like Tony Abbott’s proposed paid parental leave scheme, would not be means-tested. This presumably was designed to tick the “families” box on the backdrop banner.

Welfare officers would be appointed to all state primary schools, at an estimated cost of $78 million over four years.

Then there were a number of promises directed at rural voters, whom Dr Napthine said the Labor Party had neglected.

The biggest of these was $100 million for town squares, parks, malls and cultural projects to be diverted to Victoria’s 10 biggest regional cities from the existing Regional Infrastructure Fund. So it is not new money, but it is to be sent in new directions, at whose expense the Premier did not say.

And to tick the “jobs” line in the backdrop banner, there was $75 million for a scheme to encourage employers to take on young people (defined as aged 15 to 24) who have been unemployed for six months and not engaged in education.

As launches go, it was pretty low-octane.

Dr Denis Muller is a senior research fellow in the Centre for Advancing Journalism at the University of Melbourne and one-time associate of Irving Saulwick in conducting the Saulwick Poll for The Age and The Sydney Morning Herald.