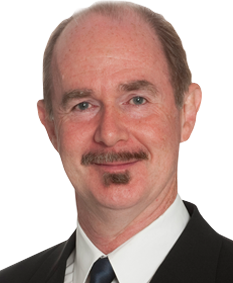 “The biggest beneficiaries [of the Coalition’s Paid Parental Leave scheme] are the women of Australia. Of all the people earning A$100,000 a year under the age of 50, 2% are women. Just 2% are women. How is that fair in a modern society?”

The Coalition is planning to introduce a Paid Parental Leave Scheme (PPL) if elected, which would see all women paid their current wage plus superannuation for six months, up to a limit of A$75,000. The stated rationale for the policy is to benefit women and families, to benefit the economy through higher participation of women in paid work, and to benefit the baby.

Talking about the Coalition’s proposal on Q&A’s economic debate, the shadow treasurer drew attention to the under-representation of women in the highest income brackets. But is the quoted statistic of 2% correct?

Is the statistic correct?

The Conversation’s Election FactCheck team contacted Hockey’s office to ask for a source for the claim that “of all the people earning A$100,000 a year under the age of 50, 2% are women”.

His spokesman replied: “You will find the information from the Australian Tax Office (ATO) taxation statistics – and it was sourced from the most recent published figures.”

However, this table does not allow us to focus on the under 50 age group that Hockey mentioned.

So I interrogated the Australian Bureau of Statistics Census 2011 Database and classified the men and women alive at that time into five-year age groups and 10 income groups. The highest category is A$2000+ per week, or people earning $104,000+ a year, not identical to the A$100,000 quoted by Hockey, but close.

So it appears that the figure of 2% quoted by Hockey was incorrect, by a factor of 10.

Why context is crucial

Could Hockey have been referring to a particular type of person, say full-time workers or part-time workers?

Why is it so large? Because almost 70% of part-time workers are women. Of course, females will dominate all income categories if you focus on part-time workers. For the same reason, females are over-represented amongst the highly paid for people aged in their nineties – because women live longer.

This same issue contaminates the 23.8% figure that I calculated above: it is partly small because women are under-represented among full-time workers, making up only 36.1% of the total. This is a separate issue to any differences in income that exist for those in full-time paid employment.

A fair answer to a fair question

If one is concerned about fairness, which was mentioned explicitly in Hockey’s quote, then it make more sense to look at each gender and ask what proportion are in the highest income groups.

This 2.3% may have been the figure that Hockey was referring to.

Hockey then provided commentary that the 2.3% figure demonstrated an unfair outcome for women. But by itself, the 2.3% figure tells us only that high incomes are rare. It is only when we compare it to the 5.0% average for both sexes or the 7.8% figure for men that it can be put in context.

Beware of statistics that focus on narrow sub-groups. Restricting attention to sub-groups can change results drastically, if that subgroup is very different to the whole.

For instance, if we restrict our attention to vocations that are male-dominated, such as the building industry, we would expect to find fewer highly-paid females.

Secondly, if you want to exaggerate the difference between two groups, then compare the proportions in the extremes. For example, of people over 6 feet in height, most are male. Of those over 7 feet in height, almost all are male.

In the case of income inequality, looking at those who earn more than A$2000 per week is done for a legitimate reason. Moreover, it happens that the comparison does not become more extreme at higher income levels. Among those earning more than A$4000 per week, the proportion of females is again around 24%.

The right set of numbers

Hockey may have meant to say that around 2% of women earn more than A$100,000 – which would have been correct. This kind of mistake is easy to make, especially under the stress of a televised debate.

However, this figure by itself is still irrelevant to gender disparities until it is compared with the equivalent figure (7.8%) for males. His commentary that the 2% figure demonstrates unfairness was misguided.

If Hockey wanted to argue that the Coalition’s paid parental leave scheme will help women to remain in work, benefiting both women and the economy, then it would have been better for him to quote the proportion of women in full-time and part-time work, and then explain how the scheme would increase these figures.

If he wanted to argue that women are unfairly paid, then he should have quoted the 2.3% and 7.8% figures together, and explained how a more generous paid parental leave scheme might lead to less women leaving the workforce and progressing to jobs with higher wages.