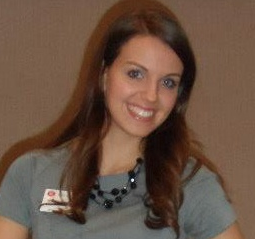 As an international student studying politics at the University of Melbourne, the defining moments for me in this election were the two leaders’ public forum debates. As I listened to both candidates repeating their three word slogans, my mind constantly returned to the Town Hall debates of the 2012 presidential election in the United States.

These debates, with their amazing lighting and beautifully designed backdrops were a pleasure to look at. The nation stops to view the candidate in the perfectly chosen light to accent their skin tone, making the greys and the wrinkles temporarily disappear, transforming them into figures we mentally place behind the presidential podium or taking the oath of office. In America, 70% of the game is about the look.

In Australia, the way each candidate portrays themselves in 'normal' public situations is much more vital to electability. Campaigning in a blue-collar town is an instant cue for candidates to whip off their suit jackets, roll up their sleeves, and have a beer with the locals. Or while at a youth event, the candidate is surrounded by the ‘leaders of tomorrow'. These are the picture perfect scenarios that are supposed to encourage the voter into thinking the candidate will support them or their child in the future.

But of late, voters are seeing beyond the staged photo opportunities. They are looking deeper into each candidate’s platform and are discovering some truths: that the two main parties don’t differ all that profoundly.

Maybe this is why both nations are dealing with the same fundamental electoral issue: youth disengagement.

In the US, it is a struggle to get constituents between the ages of 18 and 24 registered to vote, and even after they are registered, it does not guarantee they will go to the polling station to cast a ballot.

Working on the Obama campaign in Texas was a test for my resilience. Trying to get young, especially Democrat, voters, whose general sentiment is their vote is a waste, to the polling station was tedious and took hours of reminders, calls, and emails.

In Australia, voting is compulsory and so getting voters to the booths isn’t an issue, but the amount of times I heard ‘I’ll just pay the fine rather than vote’, especially from highly educated university students, is staggering. The youth seem to echo the same story time and time again: elections are turning into a fight to elect the lesser of two evils, and this is pushing our youth further and further from engagement.

How do we save this vital group from permanent disengagement? Does the answer lie in the lavish look of US campaigns? Or do the Aussies have it right with their never-ending hand-shaking?

The answer: neither.  I say keep it simple and to the point. The ads, the banter, the gimmicks, don’t make for good government - policy does.