Try and understand it .. 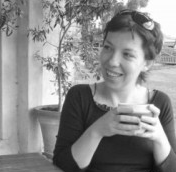 ELECTION-WEARY Australians got some light relief this week from Wikileaks founder Julian Assange who appeared in a You Tube clip wearing a blond mullet wig and rocking out a political parody to John Farnham’s classic 'You’re The Voice'. As part of an online satire called Game of Polls, Assange got in touch with his inner bogan alongside spoof characters of Tony Abbott, Kevin Rudd and Julia Gillard.

The video was the brainchild of Melbourne-based duo Giordano Nanni and Hugo Farrant who create online news bulletins under the banner Juice Rap News.

Drawing on a long-standing relationship with the WikiLeaks leader, Nanni dropped into the Ecuadorian embassy - where Assange remains, seeking asylum - while on a recent London visit and asked him how he felt about a cameo. The Senate candidate agreed, donned a green and gold jersey and lip-synched his way to viral history.

It was picked up worldwide by mainstream media outlets who have called the video bizarre, offensive and claim Assange is making a desperate campaign bid to change his image as “the ever-earnest fugitive”. So why would a political figure engage with social media in a way that may risk damaging his image?

“The benefit is that it shows he’s different to other mainstream candidates, he’s got a sense of humour and he’s self-deprecating,” WikiLeaks campaign director Greg Barns told Election Watch.

“The struggle for politicians like Rudd, Abbott and Milne is they’re incredibly wooden personalities and they are contrived personalities. My experience of Julian Assange is that he’s anything but. It was a bit of fun and anyone who objects to it should get a life.”

He said Assange’s track record of breaking the mainstream media’s stranglehold of information flow and standing up to the most powerful nation in the world meant the social media exercise was unlikely to dent his credibility or authority.

“The difficulty that political leaders have is that the media expects them to be wooden and when they break out of that the media can’t cope because it’s not in the script,” Barns said.

He said the mainstream media had yet to understand people under the age of 25 shun newspapers and turn to Twitter and Facebook for political information.

“They’re much more likely to be interested in Julian Assange doing a parody of John Farnham than they are in another wooden debate between two leaders who are simply sloganeering.”

Barns said social media was very important for small parties because they didn’t get much air time in the mainstream media.

While the Rudd campaign flew in the man dubbed “Barack Obama’s digital attack dog” to help win the social media war, Barns said he hasn’t seen much evidence of it working.

“I don’t think the major parties know how to use it,” he said. “Their presence is not very strong and it consists of ads. I see very little evidence of it being very clever.”

However, while social media has been incredibly important in the WikiLeaks campaign, Barns said there was a danger that its unfiltered and unmediated nature gave a skewed perspective. He gave the example of when an administrative error over preference deals last week caused controversy for the party.

“You would get the impression if you spent all your time on Twitter and Facebook that this was the only issue in Australia,” he said.

Yet, he said the party is also keenly aware that those in the baby boomer generation and others are still garnering their political news from the mainstream media.

The Juice Rap News producers told the ABC the response highlights the gap between the internet culture and mainstream media, as most comments on the video, Twitter and Facebook have been overwhelmingly positive.

“It's no surprise that once things are taken out of context and brought into the world, the considerably more sober world of the mainstream media, these out of context quotes can be portrayed as offensive,” Nanni said.

“We don’t really engage with that audience. We really pride ourselves on making an internet show and we’re trying to get people away from the more conventional centralised one-way media model. We love the fact people can watch the video, post comments and we reply to the comments. It’s a two-way dialogue, it’s a totally different culture. The official response of the mainstream media is what we would call trolling in the internet culture.”

It can come at a cost to your authority and credibility

Associate Professor Sally Young, an expert in political communication, campaigns and elections at the University of Melbourne, said the internet was Julian Assange’s medium. “He’s trying to appeal to a different audience and this is his world,” she said.

She said it was also a classic case of what political communication theory calls “the activist’s dilemma” in which independent or minor parties seek to get attention because they can’t get oxygen in mainstream media.

“But it can come at a cost to your authority and credibility, “she said.

Associate Professor Young said while the major parties had tried to engage more with social media during this campaign, they were speaking to a converted audience rather than using it as an activism tool.

She also said the major parties had taken an American approach to social media in asking for small donations and volunteers, which doesn’t suit the political culture of Australia and its compulsory voting system.