Why I'm with Adam 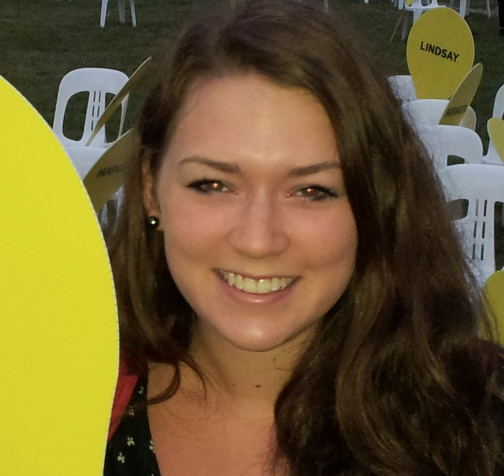 Claire Boland is a third-year student studying Politics & International Studies and Media/Communications. Claire is a volunteer for the Greens.

EARLIER THIS year I started volunteering for the Greens in the electorate of Melboure, currently held by Adam Bandt the only Greens MP in the House of Representatives.

I once would have considered myself a Greens/Labor swinging voter. But it seems that in recent years Labor is leaning further and further to the right on all issues which matter. The gap between Labor and Liberal in policy and ideology seems to be narrowing.

Both have harsh asylum seeker policies which severely abuse human rights and breach international law. Both parties have shown a lack of commitment to Australia’s foreign aid promise of 0.7% of our gross national income. Both see unimpeded economic growth as more important than creating a sustainable environment where future generations will be able to prosper. And both have shown they are willing to slash funds from universities and tertiary education to fund their backward policies.

I volunteer because I am passionate about keeping a strong, independent voice in the House of Representatives.

A lot of our campaign techniques been based on those of US President Barack Obama’s 2012 campaign, which a number of Adam’s campaigners worked on. We use neighbourhood-style organising to contact as many constituents as possible in the lead-up to the election. This means having small groups of dedicated campaign coordinators who recruit volunteers and contact voters in each district. Our main methods of contacting voters are through door-knocking and phone-banking sessions, when we call constituents who are on the electoral roll.

Our top priority when campaigning is to have as many face-to-face interactions as possible. While calls are important, they aren’t as effective in demonstrating how passionate we are as volunteers. Half the message is in the fact that we are willing to give up our time without being paid because we believe in Adam as a leader. So when it's pouring rain and someone shows up at your door, willing to brave the weather to talk to you about important policy issues, it’s a lot more convincing than receiving a phone call.

The interactions I’ve had with voters have been varied and very interesting. One woman told me that she was a refugee and that while she knows it is a difficult issue for our government to deal with, she is sick of the fear-mongering of the major parties and supports Adam because of his compassionate stance. It is very often that voters tell me, “I usually vote Labor, but I can’t vote for them now that they’re sending asylum seekers to PNG.”

This doesn’t surprise me – after all, it’s one of the reasons Labor lost my support.

Voters also often tell me, “I met Adam recently, and he’s a great politician” or, “Don’t bother trying to convince me, I’m definitely voting Adam.” A few voters have even told me that Adam helped them find housing when they were homeless or couch-surfing. Adam has people in his office whose job is specifically to help struggling people in the community, whether that be helping them find a place to live or helping them look for work. Since spending time in Adam’s office and speaking with  him personally a few times, it is clear that he genuinely cares for his constituents and cares about making Australia a smarter, fairer, and more sustainable country. It is also clear that there is a lot of support for Adam in the constituency and many people who believe he has done a wonderful job even if they did not support him at the last election.

Something which surprised me was how prepared the Melbourne Greens were a long time before the election was finalised. Politicians are in campaign mode long before an election is called, no matter how much they may deny it. The Greens in Melbourne have been contacting voters for many months in preparation for polling day.

When Adam won the seat of Melbourne in 2010 it was a very close race and he may have lost, if it weren’t for the Coalition giving their preferences to the Greens over Labor. With the Liberal party planning to preference the Greens last in every state except Queensland, it will be an even tighter race this time. But polling has shown that even with the old parties colluding on preferences, Adam can win the seat of Melbourne in his own right.

The Liberal and Labor parties want to keep a strictly two-party system and lock the Greens out of Parliament. Their preference deal screams of desperation – desperation to keep a strong voice of reason out of Parliament and not be held to account by someone with fresh, sensible policy ideas. I am confident that many Liberal voters in Melbourne will be smart enough to put the Greens above Labor on their ballot card. And I am confident that many Labor voters will see the incredible work Adam has done, such as pushing through free dental care for children nation-wide and switch their vote to the Greens.

I believe that young people have disengaged from politics because both of the old parties have stale, out-dated policies that give no reason to get excited about the future.

The Greens have a great deal of support from young people because their policies are forward-thinking, progressive, and focused on our future as a nation rather than just the next three years. I believe Australia needs a voice in parliament that stands up for marriage quality, for human rights, for sustainability, for single parents, for the homeless, for the original owners of our land, and for universal education for all young Australians.

It is for these reasons that this election, I’m with Adam.