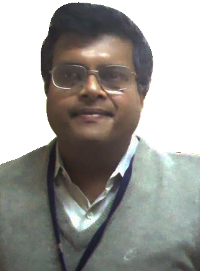 INDIA'S general elections are nowl less than a hundred days away.  This is the world’s largest election, with more than eight hundred million eligible voters and it is conducted flawlessly (no chance of any 'mispunched ballots').  It is also a critical election in India’s sixty-four years as a Republic.

The voters are now being given a clear choice between two alternate visions for the future from two leading coalitions, each lead by a major party, which in turn has an individual leader.  These are the United Progressive Alliance, led by the 125-year old Congress Party with Rahul Gandhi at its helm and the National Democratic Alliance, led by the 35-year old Bharatiya Janata Party with Narendra Modi at its head.

For Australia, this matters for both economic and geo-political reasons.  India’s economy is slowing.  GDP has grown by less than 5 percent a year for the second year in a row.  The last time this happened was in 1992 and 1993.  If the new government reverses the economic funk India is in, it will start importing more commodities, especially coal from Australia to power its growth.

Also, while India’s current relations with its top three countries—Pakistan, China, and the US are all in a low-level equilibrium, the next government has the opportunity to either push them upwards into a more sustainable and warm relation with all three.

If the new government improves ties with the US, then Australia too will become part of the same equation.  Conversely, if ties with China deteriorate, then India will seek Australia’s support even more.

There’s a third reason why this election is important to Australia.  India has a growing diaspora in Australia.  They too will be following the elections carefully, and perhaps providing financial support to the party of their choice.  Whichever party wins, Australian pubs will do brisk business on the day the results are announced and it will enthuse the supporters of the winning party to spend more.  Pubs and Indian restaurants: have election-day specials!

India’s elections are much like Australia’s. They feature coalitions, insurgent parties, single-party MPS who weild a swing vote and state issues contrasting with federal priorities.

Finally, India’s parliamentary elections are much like Australia’s. They feature coalitions, insurgent parties, single-party MPS who weild a swing vote and state issues contrasting with federal priorities. Big dreams from the electorate also feature, and two clear paths are on offer—a more capitalist, and a less capitalist way.  India doesn't have the Greens, but we do have many other colorful parties.

No other election in Asia is so like Australia’s.  Japan, Philippines, Indonesia, all have different formats.

The Congress-party led United Progressive Alliance has been in power for ten years, much like the Labor government was in power from 1983 to 1996.  It pursues broadly the same left-of-center approach to growth and public spending.  It is headed by the 43-year old Rahul Gandhi, son, grandson, and great-grandson of former Prime Ministers.

The Bharatiya-Janata Party lead National Democratic Alliance was in power from 1998 to 2004, just like the Liberal coalition of 1996 to 2007.  The previous government, headed by Prime Minister Vajpayee had a more right-of-center.  It also carried out the second set of nuclear weapon tests in 1998 (the first were in 1974) that caused so much heartache to Australia, and poisoned Australia-India relations for close to ten years.  This time, the coalition is led by Narendra Modi, the 60-year old premier of Gujarat, which is one of the fastest growing states of the country (think: Western Australia).

There are many regional Indian parties that are part of a “Third Front”, including elected Communists—India elected a communist state government in 1957, and in the state of West Bengal, Communists were repeatedly elected from 1977 to 2011.  But, the only party that has a country-wide appeal is the new Aam Admi Party.  Just like the Green party in Australia, which started in Tasmania, so the Aam Admi Party started from the state of Delhi, which is similiar to Canberra.  It is now hoping to make an impact across the country.  It is led by the 45-year old Arvind Kejriwal.

Like the Greens, the AAP has one major plank: the prevention of corruption and the prosecution of the corrupt.

Like everywhere else, elections are also decided on local issues, so the national agendas of the leading coalitions matters as much as the candidate itself.  But, there is one common thread across the political landscape.  The number of people who are voting with their “heart” for traditional issues like caste and religion are coming down as a proportion of the electorate.  The number of people voting with their “head” for development; for infrastructure; for projects (and pork-barrel spending too—like every other democracy) is rising as a proportion of the electorate.

The number of people who are voting with their “heart” for traditional issues like caste and religion are coming down as a proportion of the electorate.

So the BJP, for instance, can’t pander only to those who believe that safeguarding Hinduism against all perceived threats is the only reason to have a party.  A sub-text is that: the electorate in India is young (perhaps a 150 million are under 25), has high aspirations, is as exposed to the media (but social media is not yet so decisive), and wants to see progress.

The campaign is going to be exciting and interesting, with ups and downs. And it won’t be over with the counting, because some smaller parties will be wooed to join the coalition that has the most seats.

So the pubs in Brisbane, Melbourne, and Sydney can look forward to more Indian patrons.

Harsh was an Emerging Leaders Fellow at the Australia-India Institute in 2012.  He is presently the Chief Operations Officer of the Centre for Civil Society, which is India’s top-ranked think-tank.  These are his personal views, but he will be regularly commenting on the elections for this blog.