Rahul Gandhi - The man who is not in a hurry 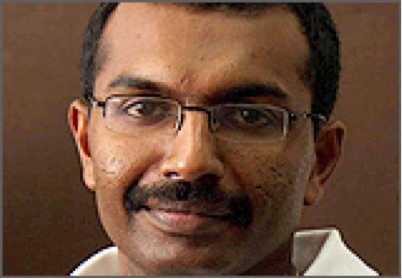 Uncharitable as the claim may be, Indian politicians are often accused of living their career from election to election, without any long-term vision.

Rahul Gandhi is accused of the opposite, not entirely without justification, that his vision is so long-term that his election strategies, which are of immediate import, are surreal.

Gandhi is an unlikely politician, on whom politics has been thrust by birth and circumstances – his great-grandfather Jawaharlal Nehru, grandmother Indira Gandhi and father Rajiv Gandhi were all prime ministers of India. His Italian-born, Catholic mother, Sonia Gandhi had won the elections in 2004, and could have been prime minister of India, though she turned that opportunity down.

The 44-year-old has ended up leading one of the most difficult elections his party, the Congress, has ever faced. After being in power for two consecutive terms, and despite leading a government that performed reasonably well, the only way the party can go now is downwards, given the impatience that the Indian electorate, egged on by an unruly media, has become famous for. Rahul Gandhi is merely unlucky, to be in charge of the 2014 elections. Had he been ten years younger or older, he would have faced an entirely different situation.

He is vice president of the Congress and his mother remains president, but his takeover of the party is complete. Victory or defeat, 2014 will be exclusively Rahul’s.

“A politics of anger and revenge will destroy us", he has said on many occassions.

Buddhism, Rahul Gandhi said once, has been a big influence in his life.

He said he had trained himself to not hold on to ill will, to overcome anger, and to maintain peace with himself and with his surroundings.

“A politics of anger and revenge will destroy us,” he has said on many occasions, alluding to the shrill politics played by his principal opponent and prime ministerial aspirant from the BJP, Narendra Modi.

The assassination of his grandmother by a bodyguard with whom Rahul used to play badminton shook his childhood; within seven years of that incident, his father Rajiv Gandhi was assassinated by terrorists. As part of his own self-discovery, Rahul and sister Priyanka Gandhi met with those convicted of their father’s assassination.

“There are no feelings of anger or revenge in me,” he told me once.

In many ways, he is a combination - of Catholic compassion from his mother, and the intrinsic fraternal values and moderation of Hinduism and Buddhism. Nehru was also a great admirer of Buddhism, for its centrist approach to life and issues. Rahul Gandhi, however, is not so much a centrist in politics and approach; he can get confrontational, his likes and dislikes are quite strong and difficult to negotiate, and his political views are firmly on the left of centre. That thinking has informed the welfare legislation and policies of the Congress government in the last 10 years. He once publicly and strongly disapproved of a move stamped by his party’s prime minister that gave relief to lawmakers convicted of criminal offences, causing huge embarrassment to the government.

Dog-lover, fitness freak, non-vegetarian, technology savvy, and boxing enthusiast, Gandhi instantly develops a liking for politicians who take fitness seriously. He is single, and said in a recent interview that he would marry as and when he finds the right girl. As of now, the most influential women in his life are sister Priyanka and mother Sonia, in that order. The three meet most days over a meal and the family is closely bound. The other biggest influence on him is Mohan Gopal, a former student leader, and Harvard-trained legal scholar who is currently with the Rajiv Gandhi Institute of Contemporary Studies. Most of Gandhi’s speeches and thoughts have the imprint of Gopal, who has become a subject of envy among many seniors within the Congress party.

“I can be as ruthless as my grandmother, and quite unforgiving, unlike my mother,” he once reportedly warned a group of Congressmen.

Rahul’s self-perception of being a Buddhist or a moderate is not projected in his public speeches, which have become increasingly combative during the 2014 campaign. His animated speeches may give the impression of an angry and wounded knight, but that is not really him.

“I can be as ruthless as my grandmother, and quite unforgiving, unlike my mother,” he once reportedly warned a group of Congressmen.

Politics and the Party

Rahul Gandhi is dealing with the twin challenge of reforming his party from within, and making it win elections. He has repeatedly said that victory and being in the government are less important than turning the 129-year-old party into an open, transparent structure into which people without patrons and wealth can enter and compete. He believes that the politics of India over the next decade or so will be about those “ex-poor” – people who have come out of poverty due to economic growth, but are not prosperous or secure. Another thrust of his politics is to have the “voices” of hitherto excluded people heard in decision-making and governance. No one is likely to have any quarrel with any of these, but his experiments with reforming the party and injecting these ideas have only been a minor success at best. The primary reason for the failure in implementing such ideas, noble as they are, is his own style of functioning that is regimented, tightly controlled and inaccessible to party workers.

Adversities have brought out the best in his grandmother, father and mother. Perhaps the new season of political turmoil and uncertainties will fine-tune his political instincts, sharpen his focus and lead him into a new light. As they say, the best, is yet to come.