The myth and making of a political dynasty 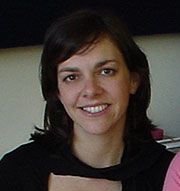 (If not us, then who? If not now, then when? Indonesia Rising!)

We could argue that this election is a first for Indonesia. A contest between two candidates both as yet unproven at this level; both with significant national profiles based on their roles in different institutional settings.

A former senior military leader, Prabowo Subianto has led Gerindra, his family party, since 2008 and its small number of MPs in the legislature since the 2009 election. Until the 9 April Parliamentary election, Gerindra had nothing like the influence and leadership positioning it now has as the third largest political party in Indonesia - with 73 seats in the 560 member People’s Representative Council. The ascension of this party is quite remarkable.

For Joko “Jokowi” Widodo, former mayor of Solo and now Governor of Jakarta, his critics ask questions about his capacity to make the leap from running a city to running a nation, and many Indonesians remain unclear about the true nature of the relationship been Jokowi, his patron Megawati Sukarnoputri, and her family. If he wins, will Megawati be pulling the strings behind the scenes?

So voters will make their choice based on the perceived potential, policies and personalities of these two candidates. Moreover, as the presidential campaign progresses and on major issues like the economy and foreign policy the platforms appear to narrow, it's the differences in style of the rivals that stands out for commentators and perhaps voters too.

In response to the question addressed in this seminar – “The Presidential Election: What Happens Next?” - I’m aiming to give a brief background to the political dynasty behind Gerindra and its likely influence on Indonesia’s next phase. Regardless of who wins on 9 July, the implications of the success of this party so far are already important in Indonesian politics. There are a few reasons for saying this:

In many ways Gerindra has brought together the elements seen as most necessary in Indonesian politics today – money politics and a genuine public appeal - to produce a highly competitive political offering. The Djojohadikusumo family’s ability to claim some form of moral legitimacy based on a long history of fierce nationalism, patriotism and service is potentially a strong point of difference from some of their political rivals.

The creation of a political party

In late October 2013, Tempo dedicated an edition to examining Prabowo and his presidential campaign. The journalist commented that: "The past has been Prabowo’s biggest problem". As the first presidential debate made clear, it is indeed Prabowo’s own personal history and, in particular, his implication in the kidnappings of students in 1998, his association with the May 1998 riots and the international condemnation over those human rights violations that’s proving to be one of his greatest obstacles. Of course, this was not unexpected and is an issue Prabowo has been tackling since his return to Indonesia in the early 2000s.

In the mid-to-late 2000s, after Prabowo failed to secure nominations for leadership positions in the Golkar Party, the idea coalesced in the family of forming their own political party. But the question for the brothers and their professional advisers became one of how can Prabowo’s past might be used and reframed so that it was no longer a "problem", but instead, a boon for his future Presidential campaign?

Therefore, instead of ignoring his past, in the conception and design of the Great Indonesia Movement Party as a "family" party, they have sought to engage with and use history as a morally legitimising tool. Certain narratives from within this family history are highlighted, thereby pushing some aspects of Prabowo’s own story into the background.

Their grandfather, Margono, is the family patriarch and is purveyor of the family belief in the concept of "noblesse oblige", which is often cited by family members today. The brothers and now also the up-and-coming fourth generation espouse a "family tradition" of service and obligation. This is portrayed as selflessness commensurate with the responsibility obliged by their status, aristocratic heritage and advantage.

As we know, Gerindra has largely led the way towards full-scale professionalisation and modernisation of the political parties and campaign methods. From early on Prabowo's brother Hashim drew on his connections in the US to engage political consultants in the lead up to the 2009 campaign. The result was a new level of sophistication and media saturation, unseen in Indonesian politics until then and made possible by the brothers’ immense personal wealth. They were creating a political party from nothing – or was it? The brothers clearly had a vision of their family as representing a highly promising starting point.

It is within this context that sometime around 2007-2008 the American film maker and political consultant, Conor Allyn, son of author, political strategist and film producer, Rob Allyn, found himself in Hashim’s office. On a wall he spotted photos of two young soldiers and asked Hashim about them. He soon learnt that they were Subianto and Sujono, Hashim’s uncles and national heroes of the independence struggle. As the story goes, as a filmmaker and savvy political consultant, Conor Allyn knows a good story when he sees one.

Margono’s other sons, Soemitro’s younger brothers, Subianto and Sujono, died at Tangerang on 25 January 1946, aged 21 and 16 years respectively. Prabowo (Subianto) and Hashim (Sujono) are both named for their heroic uncles.

The Djojohadikusumo family and its current generations explicitly link their heritage to that most defining moment of Indonesia’s past, its struggle against the Dutch for independence and self-nationhood.

The American filmmakers together with Hashim as co-executive producer, went on to write and co-direct a trilogy of films inspired by the stories of Subianto and Sujono and starring Hashim’s actress daughter and now member of parliament, Sara. The first film, Merah Putih was not released until after the 2009 election on 13 August that year, followed by two others. The films became a major part (and expense) of the profile-building for Gerindra and this political family as it looked forward to the 2014 Presidential race.

There have been other examples where the family and Gerindra have engaged with film to convey their message. As I mentioned, in February this year, the A-Team of Hashim and Fadli Zon, produced and wrote a 33 minute documentary titled, Prabowo Sang Patriot (‘Prabowo the Patriot’), in which Prabowo’s family lineage is traced from Javanese minor aristocracy to his grandfather and father. Many considered the film a flop – and it has been highly controversial in Indonesianist circles for other reasons. Hashim denied it was a campaign film, but rather intended to be “testimonies of people who know Prabowo’, and as yet another attempt at setting the historical record straight about his involvement in the events of May 1998.

Some uses of the family legacy in policy platform and campaigning

Ekonomi rakyat, or people’s economy, or as Fadli Zon like to call it – economic democracy – is one of Gerindra’s key policies, which for many observers also seems almost irreconcilable with Prabowo’s and his family’s wealth. Nonetheless, the campaign team have turned attention again and again to the family legacy in economics (including cooperatives), which comes from his forefathers and was supposedly passed down to Prabowo and Hashim. Gerindra’s economic nationalist platform calling for further restrictions on foreign investment is highly reminiscent of his father’s arguments on the topic dating back to the early 1950s.

An issue that is far from as clear cut is that around the plurality of religions and ethnic backgrounds within the family, and it may yet prove more of an issue. You can of course find websites arguing that Prabowo himself is not really a Muslim, but is like many in his family, a Christian. For his part, Hashim has expressed his concerns about the PKS and their anti-Christian positioning and only cautiously accepted them into the coalition Gerinda built to support its presidential bid.

Quietly, Hashim and Aryo in particular (taking Prabowo along for the photo op) have courted minority groups including Christians and Chinese, arguing that they themselves are proof Prabowo’s and Gerindra’s tolerant and pluralist platform. But in the past few days the Christian and Chinese groups mobilised by Gerindra have staged a remarkable defection, switching sides to Jokowi – citing as their reason the fact that Prabowo has “never been poor” and that his true leadership style has been revealed.

Prabowo’s weakness appears to be his human rights record and morality, but also in recent days we see “wins” for the Jokowi side in the form of a backlash against Prabowo’s extreme wealth and privileged upbringing. This is particularly pronounced given he is running against the entirely clean and middle-class Joko Widodo.

Nevertheless a party, a family name and a campaign that includes national heroes and several family members who are now elected officials, brings with it powerful symbolism around nationalism and patriotic values. Moreover, the fierce loyalty of family members to each other and, as they present it, to serving the nation, is a significant defence against their critics. It appears that Gerindra are hoping more than ever that Prabowo’s status as an ‘establishment figure’ will appeal to voters come election day.

THIS ARTICLE IS NOT TO BE CITED WITHOUT THE PERMISSION OF THE AUTHOR: CONTACT jemma.purdey@deakin.edu.au