Is it time to give children the vote? 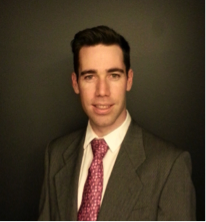 Labor win was always a sure bet 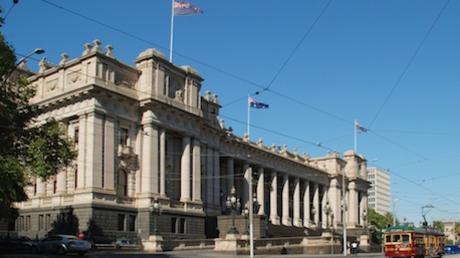 More than a million Victorians will be excluded from voting in the November 29 state election. These neglected voices, around 20 per cent of Victoria’s 5.5 million-strong population, might burst into tears or start a tantrum, but not due to being disenfranchised.

Most of them won’t even know what they’re missing, but that’s not the point. The children of Victoria, those under the age of 18 are barred from voting. And this is plain wrong: every one of them should be allowed to cast a ballot.

Children are excluded because of practical hurdles. A child of three years lacks the physical capability to write and cast a ballot and is also not competent to process the rational thought needed. This excuse, used universally, is just lazy policy.

To overcome this, parents or guardians can act as proxies by voting on behalf of their children. A child’s vote would be divided, giving each parent an additional 0.5 vote per child. This idea was first presented in the 1960s by British demographer Paul Demeney. He claimed that proxy voting would, “strengthen the influence of families”. Political parties responding to these baby ballots would be forced to create more family friendly policies, like parental leave schemes or childcare support. In 2009, social scientists suggested the scheme would improve Japan’s low fertility rate.

More importantly, a larger – in principle – problem is that excluding children from voting violates a core principle of democracy. In a democracy, governments must give equal consideration to the interests of every citizen bound by their laws. By holding elections, every person who votes is said to be having their fair say in the laws that govern them. However, children are the largest group of citizens excluded from participating in the electoral process. The other large group is permanent residents (who are technically non-citizens).

There is also a long-term trend toward broader enfranchisement. Historically, mature democracies like Australia only allowed landowners the right to vote. This was eventually expanded to all men, then to all women. In the recent Scottish referendum, the voting age was reduced for the first time for Scots aged 16 and 17. In 1972, the US lowered the voting age from 21 to 18 in response to concerns that young Americans were drafted to the Vietnam War without given the opportunity to express their voice through elections. In Victoria, 15 year olds can legally work and pay taxes but have no say in how those taxes are distributed.

The exclusion of children at the ballot box also provides an inherent advantage to non-family voters. For instance, a retired couple holds equal voting power over a family of five with two parents and three kids. However, the needs of the family are likely to be greater than the retirees. Conceptually, the two retirees would vote for policies that support their needs – such as greater access to aged care and related health programs. However, the family would require government assistance for the cost of educating and raising three children. With Australia’s population ageing further, the disadvantage to families will only increase.

Single voters might complain that proxy voting unfairly aids families. This is not true. While families will hold a greater voting unit, there is nothing unfair about this. Currently, singles hold the advantage over Victoria’s disenfranchised children who hold no voting unit at all. Permitting baby ballots actually levels the playing field, creating a more equitable system.

Critics say children remain front-and-centre despite being disenfranchised. Schools and community facilities are still being built using public funds and generous healthcare schemes are offered to minors. However, these schemes could be underfunded. If children could vote (or parents voted on their behalf) additional funds may be distributed to early-learning centres and schools, community-based facilities or greater healthcare programs.

Just as excluding children undermines the concept of an inclusive democracy, proxy voting also has numerous practical dilemmas. There are moral concerns around the fairness of plural voting and parental or guardian concerns of fair representation. For instance, a parent could vote against the child’s wishes, voting for party X when the relatively competent 15-year-old would have voted for party Y.

Despite any practical hurdles, Victorian politicians should seek to enfranchise children’s political rights. This will create a more inclusive democracy and offer children a say in laws that affect them (even if they are not aware that laws affect them). To ignore this would be childish.

Heath Pickering is a research assistant at the Melbourne School of Government – University of Melbourne. Prior to this Heath worked with the Australian Institute of International Affairs in Victoria and interned with the Australian Consulate-General in Nouméa, New Caledonia. He is a graduate from the Melbourne School of Government's Master of International Relations program. He also holds a BA in Journalism and Politics from Bond University. You can follow Heath on Twitter @PickHeath