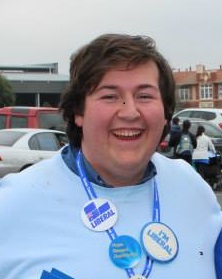 EARLIER THIS year, The Nationals released an advertisement featuring former Deputy Prime Ministers Doug Anthony, Tim Fischer and Jon Anderson.  Of their appeals made to the heart-strings of the bush, none were more telling than Mr Fischer’s view that ‘brand federal independent is broken’.

Nevertheless, after the minority government experiment being rejected by both Kevin Rudd and Tony Abbott, independents retiring from politics and some even forming their own political parties, independent candidates are a significant presence at the 2013 federal election.

Few of the candidates have created as much interest as Cathy McGowan in the Victorian electorate of Indi. Ms McGowan, a lifelong resident of the region and active member of the community, has been backed by a grassroots organization Voice 4 Indi, made up from a pool of local political interests, including supporters of The Nationals. Ms McGowan’s campaign has also been linked to the sitting State Nationals member for Benalla, Bill Sykes and his former colleague in Murray Valley Ken Jasper.

Undoubtedly, The Nationals in Indi are positioning themselves to remove incumbent and Shadow Minister for Innovation and Industry Sophie Mirabella, then field their own candidate at a subsequent election. Commentators have suggested Nationals support for Ms McGowan has been solely brought on by the Liberal Party’s decision to field a local candidate in Mallee, Chris Crewther, against The National’s high profile Andrew Broad. Most surely however, National party members have been longing for the present situation in Indi to take effect for many years.

Given the previous three years of minority and independent directed government, important questions must be asked of independents like Ms McGowan

But what of Tim Fischer’s warning of ‘brand federal independent’? Given the previous three years of minority and independent directed government, important questions must be asked of independents like Ms McGowan.

Indeed, those questions have been put to her directly. For instance, apart from being asked about the policies she’ll support, she has been asked which party she’d put into government if the events of 2010 are replicated. In what may seem an arrogant position in the eyes of voters, Ms McGowan has claimed her decision would be made based on the circumstances at the time. Such an attitude was expressed by Tony Windsor and Rob Oakshott, whose conservative constituents (like in Indi) never vote for a Labor government.

Given both Tony Abbott and Kevin Rudd have committed to not forming a government on the back of independent members’ support, we must be critical of those running for office unaligned at this election. Never mind what numbers the future House of Representatives throws up, the major parties and the Australian electorate are highly unlikely to hand power to the crossbenches for another three years. Therefore, independents in the next parliament will have next to no say in how the future government will be run.

Prior to 2010, Tony Windsor, Rob Oakshott and Bob Katter were rather ineffectual members of parliament as independents. They had little say over the government’s legislative agenda and only had decision-making capacity through parliamentary committees. Their votes only became important when a minority government needed them.

The situation of independent power has occurred and is more likely to occur in the Senate, where crossbench support is often crucial to a government pushing its agenda. The independent Tasmanian Senator Brian Harradine’s support was often needed by the Howard and Keating governments to pass their legislative programmes. Senator Nick Xenophon if re-elected will likely play a similar role once a new government is formed.

Nonetheless, independent members in the House of Representatives in the next parliament will not be sitting at the decision making table. They’ll have no bargaining chip to use for their community’s interests and will be obstructed by the major parties attempting to contest their seat at the next election.

If Ms McGowan is successful, be sure to see a Liberal or National Senator settling their electorate office in north eastern Victoria. What’s more, she won’t be invited to major local announcements of government initiatives. That task will be shared amongst State MPs, ministers and Senators.

Unlike independents, candidates from the major parties are able to provide more and certain benefits to their communities. They are backed by a party machine with paid staff and volunteers, and it is easier to research the voters’ wishes and to communicate the party’s message back to the electorate.

What’s more, major party MPs like Sophie Mirabella have far greater capacity to deliver for their local communities. As one of only two female Coalition shadow cabinet ministers, she’ll be best placed to advocate for rural interests in an Abbott government if elected.

In 2013, rural Australia has an important decision to make. If country people want to see upgrades to local infrastructure and better funding for local services, an independent cannot make these guarantees. Only the major parties will deliver for the regions over the next term of government.