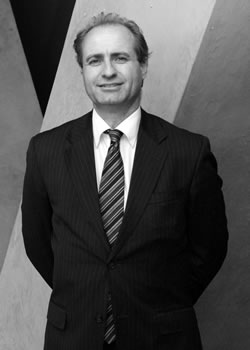 AS WE head into the final days of the 2013 election, the major parties are competing fiercely to promote themselves as the more savvy economic managers.

Economic growth, jobs and prosperity have been central organizing principles for election campaigns since time immemorial.

According to Vote Compass, which has filtered the policy priorities of over a million Australians in recent weeks, the economy is far and away the most important issue for voters in this campaign.

But the question rarely asked amid the political claims and counter claims is whether our elected representatives are actually able to deliver the goods in terms of sound economic management.

Certainly there appears to be evidence that good fiscal management in recent times - in Australia’s case at least - has led to good economic outcomes.

But dig a little deeper and much of that prosperity has to be seen more as a result of ‘right place, right time’ than prescient political or policy management.

You only have to look at the way the global economy is structured to understand the impossibility of anyone knowing with any predictability what is going on from a macro-economic perspective.

You only have to look at the way the global economy is structured to understand the impossibility of anyone knowing with any predictability what is going on from a macro-economic perspective.

Much of the world’s economy is increasingly determined by massive financial flows that speed their way around the globe in such increasingly complex, computer-driven configurations that even those at the heart of it have little idea how it’s all configured.

The global financial crisis and the way its value-destroying scale and ferocity took most by surprise, provides the most potent reminder of the impossibility of governments knowing, let alone steering their economies in any proactive macro-way.

Likewise with China - that other unfathomable behemoth of the 21st century global economy. The pace and complexity of China’s economic trajectory is unprecedented in modern history.  Without it, Australian economic growth in recent years wouldn't have happened. Yet no one can seriously predict China’s future.

Over the past 20 years it has continually defied predictions of its disintegration on the one hand, and on the other, predictions of a smooth transition into a free market paradigm (which is clearly not the case in some very strategic ways).

The reality is that China’s trajectory is a leap into the dark on a daily basis, as it struggles to cohere a continental-size country with the world’s biggest population into an orderly 21st century economic system.

Through its intense attachment, if not dependence, on the world’s second biggest economy, Australia has become hostage to even more economic ‘unknowledge’.

The ultimately ‘unknowability’ of exactly where Australia’s economy might go in the medium to longer term was born out by how wide of the mark Treasury was in estimating this year’s Budget outcome.

Some blamed its massive forecasting error on some sort of political fix.

Yet to paraphrase a truism of political and public life, if there’s a choice between conspiracy and human fallibility, choose the latter.

How else to describe a predictive mistake of such cosmic proportions by highly trained economists and experienced fiscal forecasters?

In reality, Treasury – and by extension the current government - got it so wrong because they failed to predict the extent and direction of China’s slowdown and the impact on Australia’s commodity prices.

In essence, their ‘reasonable’ assumptions about how the economic world should work appeared to bear little resemblance to how 21st century complex, super-sped and scaled-up markets, particularly China’s, actually work.

Both parties promise to restore more accurate Budget forecasting as a pathway back to surplus.

But Treasury’s massive failure to predict Australia’s short-term fiscal position – and the underlying problems of predicting 21st century economies this error speaks to -  means sound economic management is no longer the reliable election slogan it used to be.