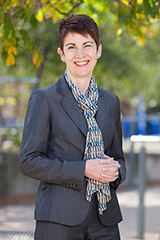 The weekend’s media was full of reports about the latest moves in the Australian Labor Party and the first interventions of the reinstated Prime Minister Kevin Rudd into political debates.

As expected, much comment surrounded the new leader’s appeals for a ‘kinder, gentler politics’ and there also remains much to say about the gender dimension to Julia Gillard’s treatment as leader.

However, taking prime position was commentary on policy. In particular, Kevin Rudd’s attacks on the Coalition for its positioning on asylum policy and the Greens on carbon pricing.

Whether or not the Prime Minister managed to change the conversation on either of these issues is questionable. But there is no doubt that policy, not personal politics, was at least vying for centre stage.

Australian politics is considered something of a laughing stock

Long the subject of an ongoing national conversation, Australian politics is now on the international radar where, according to Nick Bryant the departing BBC correspondent, it is considered  ‘something of a laughing stock’.

Challenging this perception is clearly important, particularly given Australia’s role in the G20 next year. A focus on policy is one way to repair its reputation.

There’s no question that there’s plenty to talk about policy-wise. Australia has a backlog of unresolved policy issues all of which will feature in the next election and some of which are likely to be with us for some time to come.

Asylum seekers, carbon pricing and the end of the mining boom are all obvious contenders, but there are many others including the future of health and social care services for an ageing population, the pathway to increased productivity, and Australia’s future role in the Asia Pacific region.

These are issues where there is no shortage of opinion, informed and otherwise; but knowing who to go to for sound policy advice and how to make sense of the myriad of competing voices is challenging.

The role of universities

It is here that universities can play an important role. Their commitment to long term rigorous research, combined with a desire to make a contribution to public understanding of contemporary challenges means that they are uniquely placed to inform and advise on policy challenges.

Universities are .. uniquely placed to inform and advise of policy challenges

The newly established Melbourne School of Government aims to do this, bringing together academics from a wide variety of disciplines - including economics, law and politics – and enabling them to work on policy challenges in a more rounded way, including with policy makers and practitioners.

Contemporary policy making demands close and active engagement with those who will be directly affected by new policy directions and programs.

Arguably one of the reasons the new National Disability Insurance Scheme did not fall victim to interest or factional politics was precisely because the process of policy formation was inclusive of those who would be affected by the outcome and also had expertise – as policy or technical experts or service users – that could help generate appropriate and workable policy solutions.

Advanced democracies demand a great deal of their politicians. Citizens expect to be listened to and taken account of in all their diversity.

This makes policy making more difficult, but also puts a premium on effective communication and engagement with communities.

The disconnection that many Australians feel from their political representatives is palpable and is not helped by the apparent self-absorption of the Canberra political elite (including politicians, advisers and the press gallery), nor the cynicism of some commentators about politics and politicians.

But at the same time there is lots of evidence that Australians do care about their world, their place in it and how they might make both better.

Large numbers of Australians are engaged in civil society organisations that lobby for change and work directly in and with communities to make a difference.

Australians are also active in the social media space, commenting, tweeting, conversing and arguing over ideas and possibilities.

The challenge for policy makers is to find a way to connect to these communities and conversations and to develop policy processes that are more flexible and permeable to the many different kinds of interactions.

None of this will be easy, but in the pursuit of a healthy politics in Australia a focus on policy rather than personality has to be a good start.