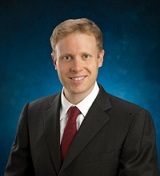 WITH BOTH major parties vocal supporters of Australia’s strong relationship with the US, voters could be forgiven for thinking the topic would produce fewer fireworks than your average 4th of July celebration.

It seems extraordinarily unlikely that political developments in Australia (or in America for that matter) will alter the close and stable relationship that the two countries have enjoyed for a century.

However, it is worth asking if Australians were going to the polls to vote on the basis of foreign policy – other than boat people – what would they tell the new government to do? If not a continuation of the American-led status quo since 1945, then what? What should Australia’s role in the world be?

Voters should ask their candidates how Australia plans to lead

Neither man poised to be PM at the end of this year gives any indication that he is either contemplating a reset in relations with Washington or inching away from it to favour Beijing.

In March, Mandarin-speaking Kevin Rudd published an article titled ‘Beyond the Pivot’ in the prestigious US journal Foreign Affairs in which he called American moves to reassert leadership in the Pacific ‘appropriate’ and based in ‘the reality of competition’ with China.

Meanwhile, 12 months ago, pro-‘Anglosphere’ Tony Abbott gave a speech to the Heritage Foundation, a conservative think tank in Washington, in which he argued that the ‘right response to the rise of China…is to welcome it and even to foster it.’

Yes, Australia can and will have constructive relations with both of the two largest economic and military powers of the early twenty-first century.

There is virtue to being courted by both sides, and certainly every recent and potential occupant of the Lodge has realised that the fastest path to geopolitical irrelevancy is a pledge of absolute loyalty to either power.

Instead, voters should be demanding that the parties make their cases for what Australia can and should do in the world on its own terms, not as a reflection of Chinese or American interests.

It may be the Asian Century in Australia, but I suspect that no one is calling this the Australian Century in Asia. And I am afraid that all you need to know about the average American view can be found in The Simpsons episode ‘Bart vs. Australia’, in which Bart “moons” Australians while visiting.

So rather than asking whom Australia will be forced to follow, voters should ask their candidates how Australia plans to lead. One potential way is to keep the Pacific prosperous as possible by engaging in the type of balancing that Britain did with the larger powers of continental Europe in the nineteenth century.

A diplomat rather than a deputy

An ambitious Australia could pursue its potential as an arbiter between the China and the US, proactive rather than reactive, a diplomat rather than a deputy.

An Australia that self-consciously holds the balance of power in the Pacific would be the sharpest turn away from its traditional relationship with America.

Another path that would offer greater independence would be the path of leadership in the Southern Hemisphere.

Australia is currently negotiating to join the Trans-Pacific Partnership Agreement, a free trade pact of which New Zealand is already a part.

A membership in the TPP could give Australia direct access to South America through Chile and probably Peru. Beyond them are Argentina and Brazil, two other large countries with major resource economies.

Brazil’s economy is actually now larger than Britain’s, and it is set to capture public attention for the remainder of the decade as it hosts FIFA and the Olympics.

South America – and South Africa in the other direction – hold growing economies and maturing democracies that are geographically closer than the US and not much farther than China. With an investment of (literally) lateral thinking, Australia too could focus its efforts on political and economic opportunities separate from the rivalries swirling in the northern Pacific. Such a strategy would also set the nation on a separate course from the United States.

This election season offers the perfect moment to ask what it is that Australia wants to accomplish, and what it should try to do irrespective of the big power across the ocean

But whether or not Australia ultimately attempts to pursue a more independent course, it should expect its leaders to deliver a clearly articulated grand strategy.

Some have proclaimed that we are now in a Post-American World.

The real question for this election is not whether Australia should maintain its relations with the US, because that won’t change in the near term no matter who wins.

Instead, this election season offers the perfect moment to ask what it is that Australia wants to accomplish, and what it should try to do irrespective of the big power across the ocean.

There is no better way to commemorate Independence Day.