Where to now for gay rights? 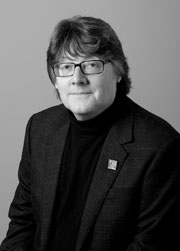 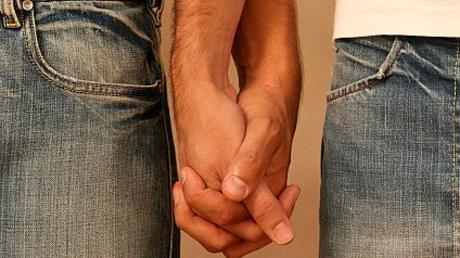 The state of the gay marriage debate

With much fanfare, the United States Supreme Court last week hand down a decision which, leaving the technicalities aside, legalised same-sex marriage in that country.

This was greeted by actual dancing in the streets and, from opponents, dire warnings of social decay and divine retribution.

The decision has no direct legal significance in Australia, of course, but given the interest in things American it is not surprising that it received solid coverage in the news media.

Meanwhile, back in Australia we were making some history of our own.

In the dying days of the 43rd Parliament, legislators passed a Bill which advanced queer rights in a fundamental way

Discrimination is prohibited in the usual areas of work, education, the provision of goods and services, accommodation and so on.

The purpose of the Bill, according to the Minister’s explanatory memorandum, is to ‘foster a more inclusive society’ and to promote ‘attitudinal change in Australia’.

This is a remarkable breakthrough that got surprisingly little attention.

It is the first federal law to protect people from discrimination on such grounds, coming some 35 years after New South Wales passed the first such law!

Not surprisingly, it was welcomed by the lesbian, gay, bi-sexual, transgender and intersex lobby (LGBTI). Not least because (for the first time anywhere in the world, apparently) it names intersex people among those protected.

Australia is one of the few countries where intersex people are routinely included in the alphabet of the queer community – the I in LGBTI is still pretty rare in other countries, where it tends to be subsumed under the T for ‘trans’ (which has replaced words like transvestite, transsexual, transgender).

Australia’s new legal changes also include late amendments, pushed by the Greens and opposed by the Liberals and Nationals, affecting religious institutions.

Providers of aged care who receive federal funding will not have the right to discriminate on the basis of sexual orientation, gender identity and intersex status in the delivery of healthcare and aged-care accommodation services.

To the extent that the law can be enforced (or to the extent that it reshapes attitudes), elderly gay people will not need to fear exclusion from, or discrimination within, aged care accommodation or health care.

Religious organisations do however retain the right to discriminate in employment – leaving the possibility that a church-run school could legally deny employment to, for example, a lesbian gardener.

Interestingly, intersex people are protected from discrimination in such situations on the grounds that ‘No religious organisation identified how intersex status could cause injury to the religious susceptibilities of its adherents’.

This law represents another step to legal equality and by tackling the ‘religious exemption’ even in this carefully circumscribed way, the government has demonstrated rare courage.

Allowing religious organisations to discriminate against queer people where the tenets of their faith clearly justify it (in the appointment of clergy, for example) seems reasonable, but letting their service-delivery arms (schools, op-shops, aged care) do so has become, in a society ever-more committed to the idea of gay equality, hard to justify.

This was the fissure that allowed the ‘religious exemption’ to be overruled in the case of aged-care delivery.

Future progress on this front is likely.  Issues of queer ageing have been the focus of queer-oriented research, policy-development and lobbying for a few years now; as, at the other end of the age spectrum, have queer youth issues.

The government has also recently provided resources that will push such work forward - supplementing its legislative action with funding to seven LGBTI organisations to help them tap into, and to advance, the federal aged care reform plan, ‘Living Longer, Living Better’.

A Coalition government led by Tony Abbott is less likely to take up the recommendations of such policy work, but in some ways this does not matter very much.

During the Prime Ministership of John Howard, gay activists made considerable progress on the equality agenda, despite the federal government’s determination to stop such progress.

By working with state governments, federal and state public service agencies, and with public opinion, gay activists advanced their agenda considerably between 1996 and 2007.

Social movements are always as much about society as they are about governments and this is their trump card.

And same-sex marriage? Well, since last week we have a Prime Minister who is personally in favour of it, and who has already raised it as an issue for post-election consideration.

Having very publicly change his mind some months ago and come to accept the idea of same sex marriage, Kevin Rudd has challenged the Coalition to come into the new parliament committed to a conscience vote, or risk a future Labor government (a phrase that seems slightly less silly at this end of last week than it was at the other end) calling some sort of national plebiscite.

This is an interesting development. Kevin Rudd has long been an active opponent of same-sex marriage.

In 2008, when his government amended scores of laws to allow for the equal treatment of same-sex couples, they pointedly omitted the Marriage Act.

Earlier, he had used his authority to stop the ALP national conference even debating the issue.

During his backbench years, though, he gave the matter more thought and came to see that ‘church and state can have different positions and practices on the question of same sex marriage’.

This is social change in action: here we have an extraordinary insight into the process by which millions of people (literally, millions) have changed their minds on this over the past decade.

And with all the fervour of the convert (and with the passion of a man who is scrambling for every vote he can garner) he has taken up the issue, bumping it up the political agenda by one or two spots (albeit from a very low level). Expect more progress here, too.

Oh, and really lost in the rush – news out of Tasmania. The state’s notoriously conservative Upper House passed the government’s bill to allow adoption by same-sex couples, continuing that state’s remarkable record of legislating for LGBTI equality.