Did Julia Gillard really have a 'gender problem'? 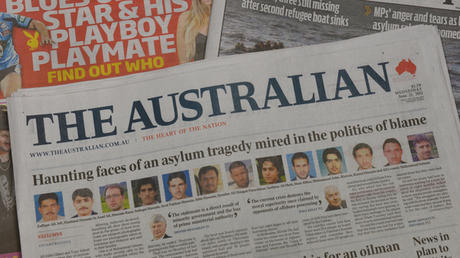 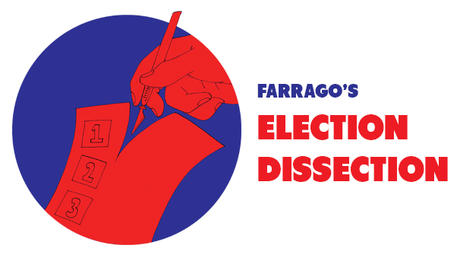 IT SEEMS to have become conventional wisdom that Prime Minister Julia Gillard was so unpopular that she was leading her party to certain defeat.  But how much of the Prime Minister’s much-maligned failure to ‘connect’ with the Australian public has to do with how she was represented in the media?

Most Australians never met the former Prime Minister so their impressions of her stemmed largely from television, radio, newspapers and the internet. Those media played a powerful role in shaping feelings and opinions about her and in recent debates about misogyny in Australian politics, one question that was been raised is just how much the reporting of the Prime Minister and her government had to do with gender.

Several male commentators and journalists have declared, hand-on-heart, that their reporting of Gillard was about her policies and leadership failures and not about sexism. But they are simply not the best judges of their own work. The commentators of yesteryear didn’t see their reporting as sexist either although it often was.

There’s a romantic view of journalism that says, throughout history, it has always been a driving force for progress. But even a quick glance at media content over time shows that media outlets have obstructed progress as much as they have championed it. They rallied against many social advances.

Newspapers especially often played the role of staunch defender of the status quo. They reflected the prejudices of their times and gave those prejudices an authoritative voice. The reporting of women in politics is just one of the more obvious examples of this.

When the ground-breaking Commonwealth Franchise Act was passed in 1902, enabling all Australian women (with the exception of Aboriginal women in some states), to vote for the federal parliament, the Sydney Morning Herald campaigned against it. It argued that it ‘did no good’ to give women the vote and there was ‘no evidence’ that women wanted it (16/4/1902).

The Argus warned that giving women the vote was ‘foolish’, ‘a craze’ and a ‘fad’. The whole experiment would fail, the paper told its readers, because women ‘have their own sphere of usefulness…’. (28/4/1902). But a more important reason was that women have a serious ‘weakness’, they ‘lack logic’, a point so obvious to The Argus that it declared ‘There is no need to debate this’ (7/8/1900).

Once individual women stepped forward into the political arena, they faced a backlash and it wasn’t always aggressive. Being deliberately or unwittingly condescending could be just as powerful.

The first woman elected to an Australian Parliament in 1921, Edith Cowan in Western Australia, was described in media reports at the time as the ‘first Australian lady parliamentarian’. That reporter didn’t think he was being sexist. He thought he was using the polite and appropriate language of the day.

Likewise, when interviewers marvelled over Mrs Cowan’s ‘smile’ and how her eyes ‘danced’ when she answered questions, they didn’t stop to consider whether they would describe male politicians in the same way. And they thought they were just being complimentary, not patronising, when they admired how Mrs Cowan stopped talking about other political issues and ‘reverted to a truly feminine topic’ - how to manage household finances (The Daily News, 14 March 1921).

There’s a simple test we can apply to political reporting no matter who wrote it or when. ‘Would the same words be used if the politician were a man?

And, of course, it wasn’t just men who were thinking and speaking this way, and it wasn’t just happening in newspapers written for largely male audiences.

When Ivy Weber won the Victorian seat of Nunawading in 1937, the Australian Women’s Weekly ran a feature story that giddily asked ‘what are a woman’s feelings when she wins a seat in Parliament? Is it as thrilling as an engagement, a wedding or an aeroplane flight?’

The death of Margaret Thatcher reminds us of the reporting of her leadership. When she became Prime Minister in 1979, the Sydney Morning Herald wondered whether Thatcher would ‘really be in command?’ (5/5/1979). During the Falklands conflict, The Age remarked that her ‘golden hair [was] looking more than ever like Boadicea’s helmet’ (7/4/1982).

During the last federal election in 2010, The Australian published an article on Julia Gillard’s earlobes that represented a low point in political discourse, quoting an anonymous ‘source’ saying ‘Heck, there must be a surgeon who can help’. The article repeated blogosphere jokes and included its own comparing her to Star Trek’s Dr Spock. On the same day, another article in the same newspaper devoted 500 words to Gillard’s clothing, sniping that ‘she is finally buying jackets and trousers that fit her…’, that one outfit ‘was a shocker’ and that ‘her grey roots were visible’.

This was three years ago, not three decades, and it was in a supposedly serious and national, broadsheet newspaper. The articles were written by women.

There’s a simple test we can apply to political reporting no matter who wrote it or when. ‘Would the same words be used if the politician were a man?’ ‘Would the same questions be asked?’

Probably none of the reporters I’ve quoted thought they were being sexist. (Maybe with the exception of the one who suggested Edith Cowan should celebrate her entrance to Parliament by crocheting some lace for the cuffs of the Speaker’s gown!) (Sunday Times, 11/9/1921).

Naturally enough, people who write about politics tend to use the language of their day and that language reflects dominant ideas. It also changes over time. Describing someone as a ‘lady politician’, an ‘authoress’ or a ‘manageress’ would now seem silly. The word ‘actress’ is currently undergoing the same change.

Often it’s only with the passage of time that we get a better perspective on the way we use language and what it really means. Let’s hope that this year’s election reporting tells a better story about us in the future.