Many years ago, in a land before polls 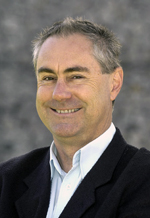 School of Social and Political Science
University of Melbourne

A HUNDRED years ago, during the 1913 election, a different federal Labor government was heading to electoral defeat. Andrew Fisher's government had been ground-breaking, the first since Federation to be voted in with a majority and to run its full term.

Fisher's government established maternity allowances, a forerunner of today's baby bonus. But rather than middle-class welfare it was intended to ensure all women, married or not, could afford medical care in childbirth. Fisher was proud of the policy and when he later posed for his portrait, he chose to hold that legislation in his hand.

But, unlike modern governments, Fisher's had little idea if it was heading for defeat or victory. With no opinion polls, the only way to predict an election was to judge the feel of public meetings.

There was none of today's echo chamber, with media organisations commissioning polls and then speculating about, even demanding, how parties should respond. Nor did parties use polls to decide which policy or leader to support.

The 1913 election was important because it consolidated the two-party system. It was the first time an elected majority government was replaced by another majority government, this time of the new Liberal Party that had in 1909 ''fused'' together the anti-Labor forces.

That two-party system has proved to be extraordinarily robust. Of the advanced democracies, only the US is as stubbornly bipolar. Of the Westminster systems, only Australia has simply two parties slugging it out. (Some say it is really a two-and-a-bit-party system but the Country Party/Nationals has always been less a third party than an adjunct of the non-Labor side.)

Explaining the stability of our two-party system is not easy. It has gone through crises, yet has remained standing, like Monty Python's knight who lost both arms and called it a flesh wound.

Labor has split three times, yet continued on, and non-Labor has twice responded by morphing into a new shape and absorbing parts of Labor's leadership. In 1917, Labor prime minister Billy Hughes switched to lead the new Nationalist Party. In 1931, Joe Lyons was cultivated to form the United Australia Party, long before Clive Palmer coveted the name.

One consequence of such a stable bipolar system has been that Australia's major parties have needed to be more pluralistic than those in other democracies.

They have been broad churches of different ideological sentiments and have to pull off some impressive balancing acts.

Elections were more like a gamble than the predictive text function claimed by contemporary polling.

As Waleed Aly recently commented in the Age, the Liberals today have to balance social conservatism with their dominant market liberalism. In addition, they have residues of ''small-l'' liberalism and have to deal with the conservatism and protectionism of the Nationals.

Meanwhile, Labor has to balance its own market liberalism with its old-style labourism and some remnants of social democracy, while worrying about being outflanked on the left by the Greens. As the major parties move closer to being mass parties without a mass membership, balancing this breadth of values will depend less on links with their communities and more on their ability to project a coherent narrative binding together these contradictions.

But they also have to repel challenges from minor parties.

Our electoral system, combining preferential voting with single-member electorates, helps the majors by making it very difficult for the minors to gain a foothold in the lower house. Until an electorate gets to the tipping point where a minor party comes at least second, as in the seat of Melbourne in 2010, the preferential system means minor parties vacuum up discontented voters to deliver back to one of the major parties.

The 1913 election saw what was, for the times, an unusual result: a changeover between majority governments. A century later, if we believe the predictive text, we will see the defeat of what has been unusual for our times: a minority national government.

In between, we have had two major parties contesting for power and dominating the political landscape. In the future, they will have to continue to pull off their amazing ideological balancing acts, containing their differences while absorbing or smothering alternatives. They will also have to harness the will of citizens while simultaneously hollowing out as mass parties. If they can't meet these challenges, the complexity of minority government may become more common at the federal level, as it has in the states.