Since 2007, significant reform of Australian aid has been driven by a bipartisan political commitment to achieve an aid target of 0.5 per cent of Gross National Income (GNI) by 2015 ‒ 2016. Australian aid has steadily increased in volume and percentage, from 0.27% in 2007‒ 2008 to a record 0.37% in 2013 ‒2014. This is Australia’s highest aid budget as a percentage of GNI in over twenty-five years and, in dollar terms, the $5.7 billion AUD aid budget is Australia’s largest ever.

Notwithstanding these achievements, Australian aid must be viewed relative to the United Nations aid target of 0.7 per cent of GNI, and Australia’s performance ranks thirteenth out of 24 OECD donor countries. Several European countries have delivered or exceeded their 0.7 per cent commitments despite tough budgetary constraints and aid scepticism in the aftermath of the global financial crisis (GFC).

In contrast, Australia has weathered the GFC much better than other OECD countries, and could therefore aim to fulfil the UN mandated target. Australia’s performance must also be assessed against its (relatively modest) self-defined target of 0.5 per cent by 2015 ‒2016, which all Australian political parties agreed to.

The next three sections audit the main political parties’ level of commitment to aid, and to poverty reduction in developing countries.

The major recent changes to Australian aid policy have been implemented under the current ALP government. A key policy agenda of the ALP’s election manifesto is Australia’s responsibilities as a ‘Good Global Citizen’, within which is a stated commitment to 0.5 per cent of Australia's GNI to foreign aid by 2016 ‒ 2017. Note, this reflects a deferral from the original deadline of 2015 ‒ 2016, and the May 2013 budget moved the goal post out again, to 2017‒ 2018 (Australian Minister for Foreign Affairs 2013), which does not augur well for the achievement of this goal in the near future.

A significant policy shift initiated by the ALP government was the decision in December 2013 to fund $375 million of the cost of refugee processing through the aid budget. Although this is within the OECD’s Development Assistance Committee rules on allowed aid allocations, it is a departure from Australia’s previous practice. The move is disturbing as it reflects nearly a 10% cut in the AusAID budget, and raises concerns over the predictability of the future aid budget.

On a positive note, the re-shuffled cabinet of Prime Minister Kevin Rudd included the creation of a Minister for International Development with the appointment of West Australian Member for Parliament, Melissa Park. This fulfils a key recommendation of the 2011 Independent Review of Aid Effectiveness, and signals the current Prime Minister’s higher level of commitment to an international development agenda.

The Coalition government, under the leadership of former Prime Minister John Howard, initiated the ‘scaling up’ of Australian aid. Tony Abbott has re-affirmed the Coalition’s bipartisan commitment ‘to lift foreign aid to 0.5 per cent of gross national income’. This declaration was Abbott’s attempt to distance himself from a draft Coalition document leaked in February 2013 indicating proposed cuts of $800 million AUD to the foreign aid budget.

Party pressure on foreign aid commitments means Abbott and Coalition leaders are refraining from committing to a timeline for the fulfilment of the 0.5 per cent target. This non-committal position is echoed in the Coalition election manifesto ‘Our Plan: Real solutions for all Australians’, which contains a single, dismal reference to foreign aid: ‘We will ensure future aid funding increases are dependent on AusAID meeting strict performance benchmarks’.

The Greens initiated the motion for the bipartisan decision to increase Australia’s aid target to 0.5 per cent by 2015. Responding to ALP and Coalition deferrals on the bipartisan commitment to the 0.5 per cent aid target, Greens spokesperson for Senator Lee Rhiannon introduced a private member’s bill in June 2013 that would ‘ring-fence’ the aid budget from further cuts.

The Greens are the only party that offer an explicit policy focus on ‘addressing poverty’ in their election manifesto of 2013, which includes an extensive formulation of overseas aid policy. Two significant Greens aid policy aims include, firstly, a commitment to non-commercial aid. This recognises and condemns the tacit practice of supporting Australian business through aid programmes that has continued despite the official policy of ‘untied aid’ declared in 2006. Secondly, the Greens are the only party to include an aim towards ‘International aspects of Australian policies on trade, economic and social issues that are consistent with, and contributing towards, global poverty alleviation goals’.

This piece is part of the Australian Political Party Poverty Audit 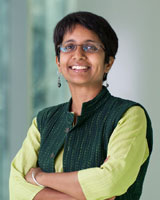