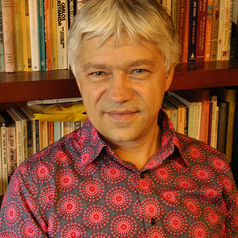 Professor Thomas Reuter is a Future Fellow of the Australian Research Council at the Asia Institute, University of Melbourne

Indonesia has tightened election participation rules in recent years, and consequently the number of political parties eligible to contest dropped from 48 in 1999 to 12 in 2014. This has prevented a proliferation of small parties and thus avoided the classical problem of fragmentation made notorious in political history by the Weimar Republic. On the downside, it has vastly increased running costs for parties.

The cost of staffing offices in numerous provinces and in many hundreds of districts – as the law now requires - is very high. The cost of community projects and campaigning is also immense and rising, as campaigns become more professional.

The commercialization of local campaigning is humorously illustrated by the fact that the same hired bands of young men on loud motorcycles now roam the streets of Java ‘campaigning’ for different parties on different days, and profiting handsomely (see picture above). As the founding chair of the Democrat Party, Budisantoso, told me in an interview:

“In America campaigns are not as expensive as in Indonesia, they can simply invite people to watch it on TV or read it in a newspaper, and most will. We however, have to mobilise the masses, feed them, and pay for their transport …. So the cost of doing politics in Indonesia is very high, beyond our capacity. The rules on … party contributions are not appropriate, businesses can only give up to 7 Billion Rupiah (690,000 AUD).”

Campaigns can involve vote buying with gifts or even cash. In Surakarta, for example, several individuals independently reported to me that they were offered Rp50,000 by so-called ‘success teams’ to vote for a specified party. In Bali several people reported that villages had received payments collectively. The Asia Foundation’s Sandra Hamid found that "more than 35 percent of voters confessed that they, or their families, had experienced vote buying". Indeed, a cynic might say that, in such a transactional political system, why should the public be the only ones to miss out on a payment?

Incumbents have an advantage because a cheaper option available to some of them is intimidation. Some government employees told me they were pressed hard by the regency administration to vote for the ruling party or face redeployment to a remote location. Other reports speak of pressure being put on students.

There are three sources of legitimate funding for political parties in Indonesia.

1) Members’ contributions, though these are hardly a significant factor any more because parties worldwide have lost their mass base in recent decades. Party members in the DPR (House of Representatives) and ministers also must surrender about 15% of their wages.

2) Parties in most countries also receive some funding from the state, and on this count Indonesian parties are comparatively poorly provisioned. In 2001, the payments were Rp1,000 (less than 10c) per vote, but this amount was reduced by 90% in 2005 to Rp21 million per seat, or some Rp100 per vote. During the same period there was a fivefold increase of campaign costs (PDI-P figures). In short, state support is now negligible.

3) The 2011 party law also allows for donations - Rp1 billion per annum ($A100,000) from individuals and up to Rp7.5 billion from corporations. Actual donations clearly do not conform to these limits. Nor should one ever assume that such donations are given free of strings attached.

Current law requires parties to disclose donations, income and expenditures only in a single report endorsed by their own auditor, rather than having to open their accounts to public scrutiny. Illegal contributions and spending thus cannot be traced. Titi Anggraeni, executive director of the Association for Elections and Democracy (AED) says its research found that legal sources of income covered less than 15 per cent of the operating expenses for political parties. So what about the other 85 per cent?

My findings so far suggest there are three models for securing private funding to be observed across different political parties in Indonesia, as follows:

1) What could be called partai milik pribadi, a party created for the purpose of serving as a political tool for a private individual who wants to gain power within the DPR or as president, or both. Examples are Gerindra, founded by Prabowo Subianto and his billionaire younger brother Hasyim; the National Democrat Party, founded by Metro Group media tycoon Surya Paloh; and the Hanura Party of wealthy former general Wiranto and his media tycoon friend Hary Tanoe Soedibjo. Similarly, billionaire and Lion Air owner, Rusdi Kirana, is now deputy chair of PKB.

Berlusconi in Italy and, in Australia, billionaire Clive Palmer’s PUP remind us that we are not far behind in this trend toward having billionaires declare themselves openly as political players, thus making money politics more obvious.

2) This model is based on a practice called ‘sewa kendaraan, whereby an established party is ‘hired to serve as a [political] vehicle’ for a rich individual. When I asked him to comment about the way billionaire businessman Aburizal Bakrie had become Golkar’s presidential candidate, even though he was an outsider, Akbar Tanjung told me in an interview that:

“The politics of this is very much influenced by pragmatism and transactionalism, and the presence of money poltics. Hence it is possible sometimes for a person who was not raised in the environment of the party and who did not rise through the ranks to stand for nomination, with the aim of gaining a key position and thus to use that political party. These negotiations or political deals here also certainly require money.”

It is hardly a secret that nominations for chairperson or presidential candidate in the large established parties involve transactions. The reverse costs for Golkar, in this case, are quite high, however. Bakrie’s response to the 2006 Lapindo disaster has made him widely unpopular – in short, he has very low electability, and hence Golkar was a no starter in the presidential race.

The Bakrie case shows why the use of poor but popular candidates as front men can be an attractive alternative in today’s media driven society. Indonesians also aren’t much used to billionaires in politics yet, because for so long it has been the playground of generals.

3) The PDI-P presents a somewhat different case, a heritage party with a mass base in society. Megawati’s hold on her party – the successor of her father’s Indonesian Nationalist Party – is based on dynastic political capital, which still does play a large role in Indonesia. The elite family of Prabowo Subianto as another example. Nevertheless, Megawati too has been able to draw on the immense wealth of her former husband, Taufik Kiemas, a business tycoon, and on the support of other rich individuals whose interests she has served.

Solutions: How to Reduce Money Politics

The KPK, the DPR’s ethics committee and NGOs like AED have all been suggesting reforms are needed to increase the state funding for political parties, and thus reduce their dependency on billionaire sponsors. These calls are also echoed by academic commentators such as Markus Mietzner, in his recent book on political parties in Indonesia.

Would this work? I would say ‘no’ or, more precisely, it will not work on its own. Providing parties with public funding is no guarantee against double dipping – taking public money as well as private sponsors’ money. In the competitive environment they inhabit there is simply no such thing as a political party with too much money.

Take the Australian situation as an example:  The public purse’s contribution to political parties is now $2.48 for both House of Representatives and Senate votes - seven times higher than it was in 1984. This was well intentioned to remove the incentive for money politics and stop private money distorting the contest. It did not achieve this aim because the legislation did not cap spending or limit private donations. So private donations grew enormously. The current inquiry into political corruption in NSW also shows how links between politics and business may open the door to abuses of power.

Therefore, I propose adequate public funding of parties needs to be supported by the following additional measures (and this applies not just to Indonesia):

1) Most important, it should be a licensing condition that free access to media coverage be guaranteed to all parties on all TV and radio channels carrying news, as well as in newspapers, perhaps with a larger quota for parties that achieved more than say 5% in the previous election; with time/space quotas moderate between campaigns and high during campaign periods; and with equity rules imposed on voluntary additional coverage given to particular parties by news media beyond this quota. As it is, public space is too expensive for parties to compete in, against the prevailing political current of big money.

2) Strict rules limiting donations to parties, making both donors and parties liable for violations, instead of pursuing individual party members only. Conflicts of interests due to activities before, during or after a politician’s term in office should be avoided.

3) Disqualification of candidates (caleg) convicted of vote buying or intimidation.

4) Strict limits on media ownership consolidation. (Australia presents a striking example of how easily public opinion can be turned against governments, on either side of politics, if there is very high media ownership concentration; Indonesia currently is still in a slightly better position with about 7 major media owners).

5) Voter education on what can be expected of political parties in a democracy.

6) Efforts by parties to (re-)establish a mass base in civil society, and to set up internal procedures to ensure candidates are selected on the basis of merit.

Meanwhile social media is providing an affordable avenue to access public space for smaller political parties in Indonesia– reminiscent of use of new media in the Obama campaign.

Between 1998 and 2008, households with a television increased almost threefold, but by June 2013 Indonesia also had almost 64 million active Facebook users and about 30 million Twitter users. In 2012 Jakarta became the world’s most tweeted city, ahead of London, New York and Tokyo. A recent EU decision to maintain the freedom of the internet as a largely rent-free public space can be seen as a recognition of the key role of free media space to the future fate of democracy.

In conclusion, money politics in Indonesia leads to a system whereby major financial interests maintain an order that is to their liking, while also making concessions to the interests of the wider public.

Some may say it is ok if money rules the roost, but this begs the question: how ethical and responsible is its rule? In the end it is the degree of ‘trickle down effect’ voters in Indonesia use to measure the performance of political parties operating in a transactional framework, whoever their owners or backers may be, as do Australian voters.

The problem is that such voter transactionalism often encourages extreme short-termism and bias in state policy. This policy deficit prevents us from responding rationally to the urgent resource challenges humanity now faces and sets the scene for a race to the bottom.