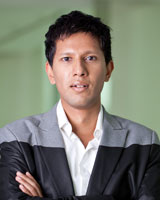 ONE OF the beautiful ironies of the 2010 election was that while campaign strategists and the media focused on western Sydney and Queensland, it was Melbourne, Hobart, and northern New South Wales that ultimately decided the result.

As we know the sole Green and three independents supported a minority Labor government. With the retirements of NSW independents Tony Windsor and Rob Oakeshott, the Liberal-National coalition are expected to easily win their seats of New England and Lyne, respectively, in addition to Liberal defector Peter Slipper’s seat of Fisher, to add to their current 72 seats.

Thus the incumbent Labor government enters the election in an unusually worse position than the opposition, even before taking into account recent polls. Labor must not only hold their current 71 seats (not including Dobell held by ‘independent’ Craig Thomson) but also win five more seats for a majority. There is currently not a single published opinion poll or even any leaked polling from any party that indicates that is likely.

Again western Sydney and Queensland are dominating the national agenda, as those regions contain many of the marginal seats, but certainly not all. The Australian Electoral Commission (AEC) uses the term marginal to classify seats where the winning candidate received less than 56 per cent of the two-candidate preferred vote, which is often the vote share of one of the major parties compared to the other once the preferences of minor parties are independents are distributed.

The smaller the margin, the smaller the change in votes from the last election needed to change the result. Based on the AEC definition the Liberal-National coalition currently hold more marginal seats (28 to Labor’s 25, not including Fisher, Dobell or Grayndler where the Greens are challenging Labor), but the changes in votes, or swings, will not be uniform across the country and many polls are suggesting that Labor-held seats with margins greater than six per cent are under threat.

Again western Sydney and Queensland are dominating the national agenda, as those regions contain many of the marginal seats, but certainly not all.

Shortly after reclaiming the leadership, Kevin Rudd told the Labor caucus that he believed they could win back Denison in Hobart (currently held by Andrew Wilkie with a margin of 1.2%), along with three other seats lost to the Liberals in 2010: Macquarie (1.3%), Solomon (1.8%) and Bennelong (3.1%).

Wilkie should comfortably hold Denison if the recent ReachTEL poll published in the Mercury is accurate, with a primary vote of around 45 per cent, despite Labor and the Greens preferencing against him. The same poll has sitting Labor members in trouble in Bass (6.7%), Braddon (7.5%) and even Lyons (12.3%).

Rudd’s first marginal seat visit was to Macquarie in the Blue Mountains and Hawkesbury region, but a recent JWS Research poll commissioned by the Australian Financial Review, has sitting Liberal Louise Markus winning on first preferences and a healthy positive swing. The same poll has sitting Labor members facing defeat in the outer Sydney seats of Lindsay (1.1%) and Banks (1.5%). An even more recent Galaxy poll commissioned by the Daily Telegraph also has Labor losing Lindsay and Banks, along with Greenway (0.9%), Reid (2.7%) and Werriwa (6.8%), while Parramatta (4.4%) is lineball.

Sydney’s lower north shore seat of Bennelong has been held by a series of high-profile members, most notably former prime minister John Howard, who was defeated by former ABC journalist Maxine McKew, who was herself defeated by former professional tennis player John Alexander. While Labor has preselected reasonably well-known Jason Yat-Sen Li, a ReachTEL poll for Fairfax media shows a convincing majority for the Liberal’s Alexander.

The only glimpse of ‘positive’ polling is an internal Labor phone poll of Darwin seat of Solomon leaked to the NT News, although the Country Liberal member is still in front with 51 per cent of the two-party preferred vote.

Polling is similarly bleak for the other four seats initially nominated by Rudd, which are also the four most marginal Liberal seats. Boothby (0.6%) is expected to stay with the Liberals according to the Adelaide Advertiser, with strategists from both major parties predicting a drop in the Labor vote. That puts at risk current Labor seats of Hindmarsh (6.1% and 50-50 in a Sunday Mail Galaxy poll), and perhaps even Adelaide (7.5%).

Hasluck (0.6%) in Western Australia is the Liberal’s second-most marginal seat, held by the first indigenous Australian member of the House of Representatives, Ken Wyatt. Western Australia was Labor’s worst state in 2010 and the low base provides an opportunity – however small – to improve.

One of the headline polls has been the Guardian Lonergan’s survey of Griffith voters – Rudd’s own Brisbane seat and Labor’s safest in Queensland with an 8.5 per cent margin. Apparently Rudd is trailing 48 per cent on a two-party preferred basis and if accurate would also suggest Labor’s seven more marginal Queensland seats could be lost. The Liberal National Party’s most marginal seats of Brisbane (1.1%) and Forde (1.6%) appear to be less vulnerable, with the resurrection of former Queensland premier Peter Beattie in the latter backfiring.

Finally, the marginal Greens’ seat of Melbourne (home of the University of Melbourne) could be one of Labor’s rare (only?) seat gain, with Labor just ahead in the ReachTEL poll for Fairfax and the Liberals announcing that they would preference Labor. However an earlier Greens-commissioned Galaxy poll had their primary vote at 48 per cent. The incumbent has arguably the most visible campaign and if Adam Bandt can poll in the 40s and sufficiently ahead of Labor, he should still receive a minority of Liberal preferences and to be able to win.

Polls obviously have their limitations and flaws, with seat results based on small samples and high margins of error, and are now often automated with as yet unknown accuracy.

However, given the number of different polls and the sizes of the predicted swings that are overwhelmingly favouring the Liberal-National coalition (not to mention betting markets) at this point in the campaign, Australia will have a third prime minister in almost as many months.