Lecturer in Media and Politics 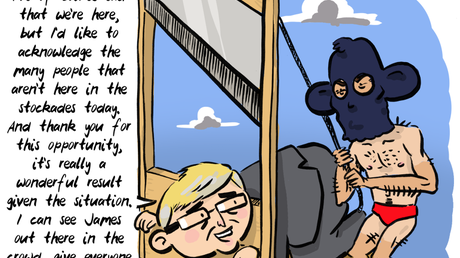 Has Kevin left the building?

IF YOU saw the Prime Minister's shaving 'selfie' last week — and chances are you did as it was retweeted hundreds of times, broadcast on the nightly television news, mentioned on radio, reprinted in newspapers and mocked in blogs — you also witnessed how political communication is changing.

With more Twitter followers (1.28 million) than any other Australian politician, Kevin Rudd understands the power of social media for getting messages out, particularly to younger voters who use the Internet to get most of their news.

While his advice about shaving in a hurry might seem a little banal, his political strategy is not. To understand it you only need to recall the speech Prime Minister Rudd gave shortly after he toppled Julia Gillard in the caucus ballot last month. On that night, a key message was to urge young Australians not be "turned off" by politics and to "listen afresh" so that they can "start cooking with gas". Some commentators have criticized his old-fashioned vernacular for belonging more to 1963 than 2013; but this language is easy to understand and makes for a memorable (albeit goofy) soundbite.

Mr Rudd also knows that 1.4 million Australians are not enrolled to vote and, of that group, Australian Electoral Commission data shows a quarter is aged between 18-25. If the voting contest between the two major parties is as tight as the current polls suggest (Nielson and Newspoll have the two major parties deadlocked at 50-50), getting young Australians to enrol and "listen afresh" to Mr Rudd could be the difference between winning and losing the upcoming federal election.

In a time of hyper-individualism whereby social media blurs the line between what is public information and what is personal, the act of taking a self-portrait with a mobile phone has become ubiquitous. Mr Rudd and his communications strategists know that the selfie is part of the lexicon of the young and the technologically literate. They use social media networks because they leverage vast audiences quickly; and circumvent the traditional news filters of the mainstream media. As frivolous as a selfie might be, it gets Kevin Rudd talking directly to voters with no need for a journalist to mediate his message. That is indeed a powerful form of communicating en mass.

Predating Mr Rudd's affinity for hashtags, YouTube clips, Likes, Favourites and personalised soundbites like "gotta zip" is the grandmaster of this type of modern political communication US President Barack Obama. Obama has used social media effectively from the early days of Twitter; communicating to his 34.2 million followers, but also crowd-sourcing for crucial campaign funds and mobilising unregistered voters to enrol.

But, just as political communication is adapting to new technologies, so too is the news media.

Mr Rudd and his communications strategists know that the selfie is part of the lexicon of the young...

The business model for mainstream media such as newspapers, which relied on paid advertising to produce journalism, has broken. Audiences have fragmented across the various media platforms, and so too have advertising dollars. Media organisations no longer have a monopoly on advertisers' spending. My PhD research found that the cultural power of mainstream media is not what it once was because fewer Australians watch prime time television news or read a newspaper, daily. Simple technology, such as an internet connection and laptop, has enabled citizen journalists to blog, tweet and broadcast about politics — some of it good, and some of it not.

The end of the mainstream media's monopoly to produce journalism has seen non-media institutions start to play a role in delivering quality 'public interest' reporting, including about politics.

Now, that's worth tweeting about.