Dr Andrea Carson is a lecturer in Media and Politics at the University of Melbourne. She is also an honorary fellow at the University's Centre for Advancing Journalism. Her research interests are newspapers and the business model of print journalism; journalism studies; media ownership and regulation; media effects and political agenda setting; investigative journalism; media theory; political communication; elections and election reporting.

She completed a PhD in the School of Social and Political Sciences at the University of Melbourne. Her research topic investigated the watchdog role of newspapers from affluent times through to the digital age. She has worked previously as a journalist at The Age and as a reporter, producer and broadcaster in radio (ABC 774, 3RRR) television (7.30 Report) and online (The Age, ABC). Before commencing her PhD, Andrea produced ABC 774's morning radio program with Jon Faine. She contributes opinion pieces to The Age, The Conversation, The Drum, New Matilda, Crikey, The Citizen and on air at ABC 774. 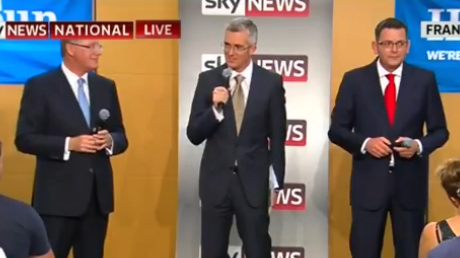 They both wore blue suits, showed discipline and sang from the campaign songbook. Andrea Carson on the 'tepid and predicatable' leaders' debate. 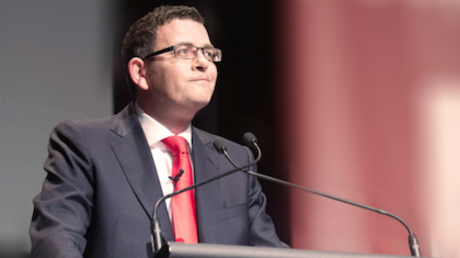 And they're racing: Victoria's other spring carnival

Labor leapt out of the starting gate unseasonably early this election. Andrea Carson surveys the field, and the obstacles, as the contendors for power in Spring Street jockey for position. 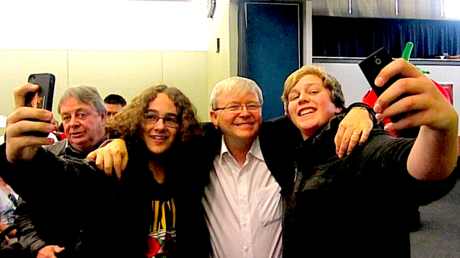 While Kevin Rudd's advice about shaving in a hurry might seem a little banal, his political strategy is not.
Andrea Carson