Why I think the ALP remains inspiring. Kind of. 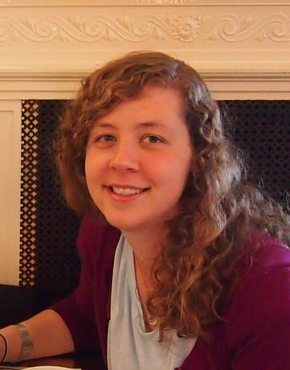 PHD candidate,
School of Culture and Communication
University of Melbourne

THIS DOESN'T feel like an idealistic election. It’s an election of disappointing proportions and inbuilt prefaces. Like mine: “I find the Labor Party’s policy on asylum seekers difficult to stomach. But I’ll still vote for them.”

As a young twenty-something lefty who lives in the inner city and recycles and bicycles, people presume I support the Greens. But I don’t.

If I say I am a member of the Labor Party, I get a variety of responses such as, “but you can’t surely. Name six policies you actually like”, to “but you’re a lesbian. Kevin Rudd hasn’t supported gay marriage until conveniently recently.”

I’m outnumbered by my friends and acquaintances who largely support the Greens.

Let me just say this, to use Kevin Rudd’s phrase signaling emphasis. Let me just say: we’re in a two parties system. A protest vote for the Greens, while significant in the Senate, is essentially a decision to support a non-governing party. A party that is not poised to govern in the foreseeable future.

It means lending your voice to a picket line outside the building, that doesn’t have a say inside the room of decision makers.

For those frustrated by Labor’s policies on asylum seekers and the other issues that have converted Labor voters into Greens voters – surely a seat at the governing table means you can do more for your cause than by exiting the two parties system at stage left?

Besides, governing takes place on the terrain of compromise. In the context of the major parties’ ‘broad church’, the left is only a part of a spectrum, and not the whole base.

Opinions can be pristine when they’re not dealing with the mud and blood of negotiations and varied stakeholders. How lucky, but how impotent, to have unchanging opinions that are untouched by real-world pressures, economic restraints and courting those at the centre of the political spectrum.

As a person moved by moments of idealism and the sweeping tide of progressive change, I'd rather look over my shoulder at the many thrilling reforms the Australian Labor Party has implemented, than the hypothetical speculatives of the Greens and Independents.

The reasons I support the Labor Party are numerous and arc back through the history of Australia.

The Labor Party has had, and still has, idealism at its centre. It’s very easy to say we have a current cabinet with a few chipped cups or rattled saucers. But to look beyond the current furniture of politicians and the narratives of ‘knives in the back’, the Labor Party is a grander house with a rousing backstory and wonderful characters that feast on debate and idealism.

The Labor Party is more than the sum of its parts. It is an organism that believes in supporting essential services and care for the community, where education, welfare and healthcare are key. But this organism lives on the quicksand of public opinion.

When I say I believe in the Labor party, I’m talking about the party that grew out of giving exploited workers a voice, and that made (at one point) tertiary education free, created Medicare, created a tax on polluters and the National Disability Insurance Scheme.

There is ample room for criticism, and criticism does echo from Labor ranks.

But it’s a party that will continue to push the envelope of progress, albeit with some U-turns, misdirections and many postscripts.

The Labor Party has had so many iterations over many decades, and its platforms are ultimately chiseled out by those who show up.

It’s a party that could do with investment from the left.